What You Can’t See Does Count. Including What Bra you Wear 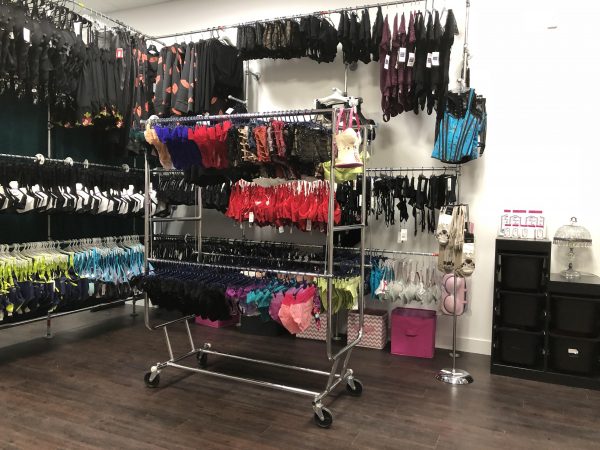 In 2001, the Alabama native moved to Detroit when her engineer husband was offered a job. At that time, downtown Detroit was much different than it does today—more empty buildings, less space. Meeting people wasn’t the easiest. Unless you open a cafe. Which this couple did.

Lee and her husband ran Cafe De Troit in a storefront on Library Street until the building changed owners and their lease abruptly ended. During the cafe’s run, they made valuable connections with their neighbors. Some exceptionally intimate: Lee recalls recurring discussions with women over their inability to find a bra that fits. Of all the conversations she had, it was one that stuck with her the longest.

After the cafe closed, they moved again for work. First overseas, then to North Carolina, where Lee worked in a bra shop. That’s when it came to her—a rather unusual calling: to open a bra shop in Detroit. Perhaps it was all those old friends whispering in her ear. Whatever it was, it was strong enough to convince her husband to uproot the family again. Back to Detroit to open a second business.

The climate in the city had changed in the five plus years she had been gone. Lee applied for a voter driven business grant. While she didn’t win, public enthusiasm over her idea was enough to prove it had legs.

In 2013, Busted Bra opened in the Park Shelton Building in Detroit. In 2018, Lee opened a second location in Chicago. Soon she will be opening a second Detroit location, on the corner of Jefferson and Chalmers. She was onto something: a good bra is hard to find.

Many things make Busted special, but two reign: size and price. Forget everything you learned about bra sizing from Victoria’s Secret. The future is cups sizes AA to P, with an equally expansive array of band sizes. When you visit Busted, one of Lee’s fitters will find the perfect match for you—at an affordable price. Everyone deserves better than Target.

If you’ve never shopped for a bra, it can be an experience that either makes your day or breaks it.  Thanks to Lee, a whole lot of people are seeing an increase in good days.

We caught up with the serial entrepreneur who shared her everyday tips for a life well lived.

1. Write Your Own Chapter

“There is a time,” says Lee “in life when you have to do what you’re told, learn what is in front of you, listen and spit it back. That is when we prove what we can accomplish and complete. Then there is that time when you need to figure out your own chapter. Who, what, where? Figure out those answers to the questions you had when you were younger. Find your own self worth—not what others think it is.”

“Stop with the excuses! Either you want to or you don’t.”

Or, as our hero, Dolly Parton puts it, “You never do a whole lot unless you’re brave enough to try.”

3. Sometimes it is About You

“That’s ok. Whether you’re singing the main stage at the Jazz Fest, Carnegie Hall or staring in your own whatever, do it with gusto.”

4. Helping Others the Only Way You Know How

Some people become doctors. Some plant gardens. Others help women find bras that fit. And we’re all happy.

5. Create Something That Solves a Problem

Sometimes the best part of solving a problem is realizing you’re not alone in your problems. Like how most of us were uncomfortable in our ill fitting bras and thought maybe, surely, it’s just me.

6. Failure is an Opportunity to Learn

Cafe De Troit was by no means a failure, and we’re glad Lee gave Detroit a second chance after its closure. She’s taught us a lot.