In its Third Year, the Week Celebrates Some of the City’s Oldest and Most Beloved Establishments 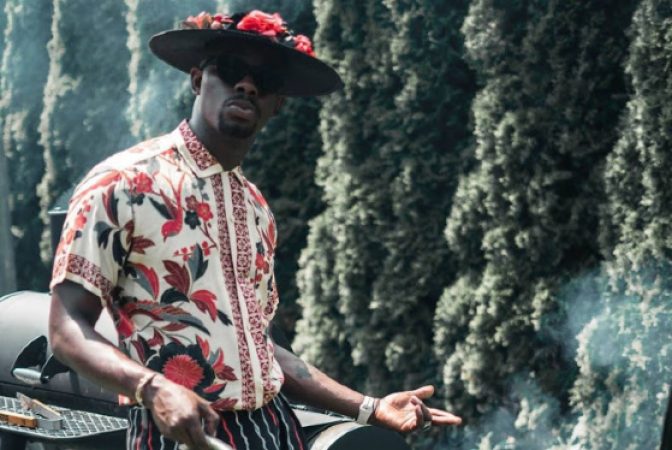 Kwaku Osei-Bonsu’s interest and inspiration in food came from his parents. His mom’s from Memphis, and his dad’s from Ghana. Raised in a suburb just outside Detroit, he grew up “playing around with different seasonings and flavors.”

After high school, he left for DC to study marketing at Howard University. Then moved to New York City to work in advertising for a spell, before making his way back to Detroit.

These days Kwaku’s career has shifted to education. He teaches coding to middle school students full time and spends his passion hours educating the public through food-centric programing and events, with Black Restaurant Week as a sort of summer thesis.

“When I came back from Detroit, there were a lot of restaurants here, of course, but not a lot going on. It felt like you had to create your own social scene, and that’s what I started to do. I was like ‘Ok, if I do things around food, I know everyone likes to eat. I know food brings us together in a very natural way, and I think this can also help us to solidify our existence in this place from a cultural standpoint.

Detroit isn’t the first city to host a Black Restaurant Week, but its culture is unique.

“DC,” Kwake points out, “started a Black Restaurant Week a year after we started ours here, but I can’t say there was as acute of a need for it there. You have a diverse offering of food, you have large Ethiopian and African American populations, for example, who are well represented as far as food options.

But then there is representation—I exist—verses the media telling people you exist. That was the issue in DC.”

Detroit is different. Kwaku believes that people know black owned restaurants exist, that they have existed for a long time, but the issue is that these foundational establishments of “Old Detroit” are often lost in the conversation of renewal and revitalization.

In short, people need to be reminded again—and again—that Detroit is not a blank canvas and all that is valuable is not all new.

“There are people who have been here for years, who are not being recognized. In Detroit Restaurant Week, for example, you get some black owned restaurants downtown, but, by and large, you don’t see a lot of representation on that list. When we talk about what the city’s throwing money at, they’re interested in new ventures.”

Which isn’t just a matter of representation—it’s a comment on how we view our city’s history. Kwaku equates many of these older black owned establishments as grandparents or “gatekeepers” of knowledge. These are the people who have been “busting their asses for years.”

Through them we learn about what it meant to feed a city when restaurants weren’t merely accessories for entertainment but community fulcrums. We see what it was like to maintain business for years in desperate economic circumstances.

These are lessons for every Detroiter, or anyone, quite frankly, who is invested in the health of the city. Black Restaurant Week is something we should all support—and after five minutes in conversation with Kwaku, this is feels especially true. Kwaku really cares:

While some have been around forever, such as Burt’s Market Place, which Kwaku, 28, enthusiastically points out “has been around longer than him,” the black restaurant community is by no means a fossil to preserve. It is a vibrant, thriving movement that like, the city itself, stays relevant by looking to its past while reimagining its past.

“You have your younger Black owned businesses such as Ima in Corktown and Le Crepe in Royal Oak. Then you have the people who have really been rocking at this for a long time, who I consider the gate-keepers. They’re the people who, when I sought out to do something like this, before I had done a lot of work, there was an article written.

They saw this article and were like who’s this? I grew up in Oak Park. I went to Southfield Schools. I went away to college. I consider myself a product of the city, but they didn’t necessarily know me. I kind of got chin checked in the beginning. Like ‘Who are you, and what makes you think you can do this?’”

Which is to say organizing something as expansive and complex as Black Restaurant Week wasn’t an easy undertaking. Some black restaurant owners were reluctant to participate, and some white restaurant goers felt excluded.

Today Kwaku is hitting his stride. As for the gate-keepers, he seems to have figured out the code.

“Three years later, I appreciate those people. They’re the ones who actually hold the secret sauce to what they’re doing, and they’re really good about determining through gut feeling what a person’s intentions were. Now I see what the treasure is they were trying to protect.”

Black Restaurant Week kicks off next Tuesday with a series of events around Vegan Lifestyle and Culinary Cannabis. For the schedule and a list of participating restaurants, please visit Black Metro Eats.