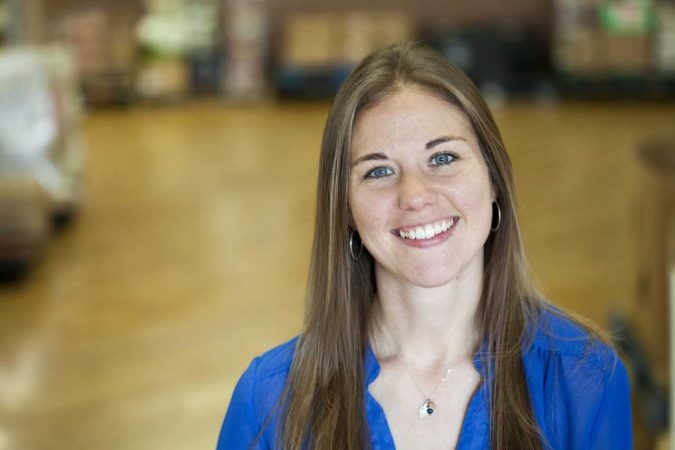 Gleaners is a food bank in Southeast Michigan that provides local households with access to sufficient, nutritious food, and related resources.

It’s a story that started in Ohio.

Gene Gonya was raised on his family’s farm, where he learned the meaning of a harvest. It’s an idea that would inform Gleaners, the non-profit he co-founded in 1977, out of a warehouse on Detroit’s East side. The premise, create a place to store food harvested from others’ excess—farms (including his own), wholesalers, retailers—that would otherwise go to waste and redistribute it to organizations set up to feed the hungry. A similar example is the Capuchin Food Kitchen, located not far from Gleaners. They, like most food kitchens, have no place to store large quantities of food, which creates a feast or famine situation around donations. Too many and some goes too waste. Too few and there’s not enough to go around. Gleaners would act as a communal refrigerator or pantry from which others could draw.

That process started over forty years ago. In the time since, Gonya went on to help create Second Harvest, a national network of food bank members (now called Feeding America). Gene also helped found the Food Bank Council of Michigan.

Gleaners has grown from the first floor of a warehouse to a non-profit with a 100 employees, spread across five counties in SouthEast Michigan, with 50,000 volunteer shifts that work to distribute 42 million pounds of food each year.

We recently sat down with Stacy Kessel, Senior Director of Development, to get a rundown of the organization today, where it’s headed, and how you can help.

The Need is Still Real

In collaborative effort with neighboring food banks, Kessel estimates that they are still only able to reach half the people who need them.

“People assume that because the economy is getting better and unemployment is going down that the need is smaller, and that’s not the case. People are still struggling, they still need support. They may be employed, but underemployed.”

As Gleaners once transformed the state of food kitchens, they are now pushing the model of foodbank forward to meet changing times and growing needs.

The traditional foodbank model, “Works with farmers, wholesalers and retailers to secure products that they would be wasting for one reason or another. We would them take that product to our agencies and get it out the door. Pounds in, pounds out. While that is still a huge and vital part of what we do as an organization, that is only going to reach so many people.”

A major obstacle between to reaching people is transportation. Many in need can’t get to a brick and mortar pantry and those who can get to one, may not be able to carry 30 pounds of groceries from their car to their house. As such, Gleaners is focused on creating partnerships that allow them to meet people where they’re at— ”Likeminded organizations, individuals, and companies in the community that also win when hunger is solved.”

They recently started a pilot program with Henry Food Health System, working with a 300-patient population to provide food directly to their doorstep. Boxes include recipes to be used with accompanying ingredients. Patients have a level of choice in box contents. Every other week, The Program Coordinator checks in: Are they using all the food? How are they using it? Did they share it with anyone?

When Gene Gonya started Gleaners and was shipping out food from his family farm the question of whether something was healthy probably didn’t arise as often as it does today.

Times have changed as has the food supply.

No longer concerned with just feeding people, Gleaners is committed to providing balanced, nutrient dense options and education. Especially since 40% of the people they serve are children.

Option and education being the key words. Choice is as important substance and Kessel is quick to point out that Gleaners is not in the role of regulating food— ”Every single person splurges. It is part of who we are and how we function—cake is not healthy, but everyone should have access to cake on their birthday if that’s what they want.”

Below are some simple ways you can help Gleaners right now. Wherever you live, there is probably a food bank near you in need of support.

“In the forty years that we’ve been around, we’ve built lasting, strong relationships with local farmers, producers, wholesalers, retailers, etc.—so we can leverage a great buying power to get more for someone’s dollar than they would purchasing food themselves.”

Sometimes giving money isn’t an option and there is a real power in food drives—which is why they aren’t going away anytime soon.

“It’s tangible—it’s something they’re holding in their hand, that they’re pulling out of their own cupboard to give back to the community. That has an emotional and inspirational value that we want to, and do, tap into every year.”

Money is necessary, but volunteers are the key to success. Forty-two MILLON pounds of food is a lot of food to move—and it takes 50,000 volunteer shifts each year to do it.

Perhaps your boss has money to give? Event sponsorship and match campaigns are a powerful way to feed to hungry and align with a good cause. Because, real talk: it’s all about the brand.