We Caught up Over A Coney Dog and Fries. At a Coney Island of Course 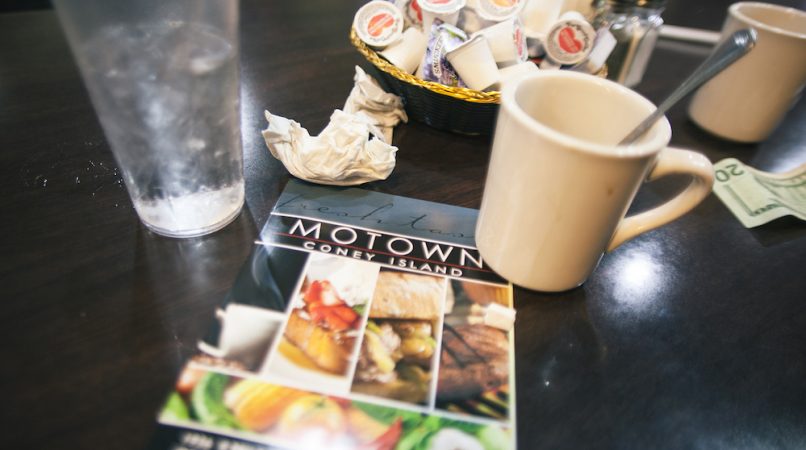 Benson is focused on serving the people of Detroit through economic development, public safety, and blight elimination.

The native Californian has made Detroit his permanent home for the past 25 years. He dedicates his life to public service as part of the Council. We bellied up to the counter for some chili cheese fries, and we captured his perspective on where the city is headed.

Scott Rutterbush: Why Detroit? What about it excites, you and why are you in the thick of things?

Scott Benson: I grew up in Los Angeles. I came to Detroit on a tour with the Coast Guard and fell in love with the city. I got my sister to move here for a short time, but she didn’t stay and moved back to LA where the rest of our family lives. I couldn’t get enough of this city and have been here ever since.

SR: What are some things you’ve seen evolve and change?

SB: The perception. I’ve always loved living here. But now it’s great to see people’s willingness to come back to the city. The positive press.

SR: Who are some people you have come across in the past 25 years that have inspired you?

SB: I had a chance to hear Coleman Young after he left office. He came and spoke to my class. I’d heard stories about him both positive and negative. By then he had his oxygen tank. He sat down, oxygen tank and all, and held court in class. The stories he had told and the life he lived were amazing.

SR: Can you pinpoint a part in your career where you were most fulfilled?

SB: Signing documents to be able to develop a 60,000 square foot shopping center on Detroit’s eastside and that we were bringing a grocery store to the community. That started my passion around development. This was in 2000. At the time there were maybe three or four occupied homes on that spot. To put a quality grocery store there was huge. That transformed the neighborhood. That was a sea of change.

SR: What was your greatest disappointment?

SB: Career wise when I first came on board on the Council, we started acquiring some vacant property for cheap and thought we could develop and do some great things. But, as it turned out, they became a huge drain of resources to maintain. The ideas took too long. Ultimately, we took one on the chin, and it was a major disappointment.

SR: What does success look like in five to ten years?

SB: I want to be able to say I truly improved living conditions for Detroit residents. That I was able to help put people to work and significantly increase standards of living, public safety and services.

SB: I’d have to say our grit. The work ethic and attitude that we can make things happen through action. It’s a blue collar town in the truest sense. I love that about Detroit, I identify with those qualities.