Detroit Works: The Veteran Talks His Latest Project and the Ups and Downs of Being Your Own Boss 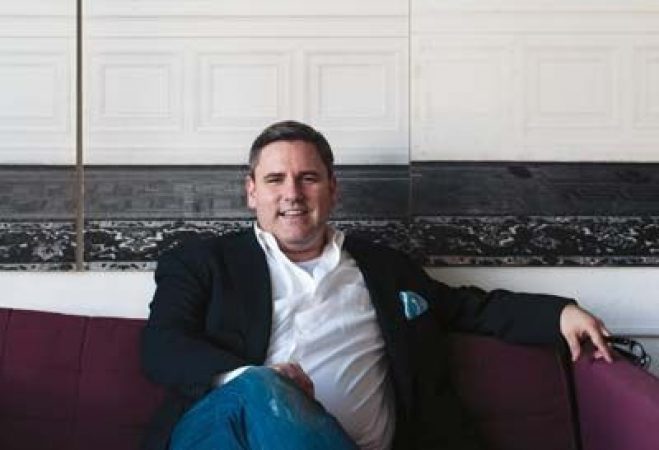 In 2012, Joe Posch won the first ever Hatch Detroit competition, providing the nest egg to take his men’s lifestyle popup, Hugh, to a brick and mortar shop in Midtown. This was, however, not Posch’s first rodeo. The entrepreneur and design guru brought his first retail venture, Mezzanine, a modern furniture store to Detroit, in the days long before downtown was blacklight everything and castaway scooters. He was selling Detroiters high design before John Mackey first thought to sell them whole foods.

We caught up with Mr Posch to discuss his latest popup venture, Ecce Pomo, a changing Detroit, and the highs and lows of being your own boss.

The interior of Hugh

CV Henriette: How long have you been an entrepreneur? What was the first business you started?

Joe Posch: Twenty one years! I opened my first business, a retail store called Mezzanine, in Ann Arbor in 1998. It started as a shop selling vintage mid-century modern furniture and accessories, but within a few years we were selling new items from Herman Miller, Knoll and Vitra. And then I moved to a space on Main Street and branched out into contemporary modern as well.

CVh: What were you doing at the time? Was it a big leap moving from employed to self-employed?

JP: I was the IT manager at a construction consulting firm, which was an interesting thing to do at the time (“Next week we will be implementing company-wide email.”). But the opportunity to follow a passion – as well as having a great business partner – made the jump pretty easy. She left the business after a few years but I’d found my retail legs by then so I kept on truckin’.

JP: I closed Mezzanine in Ann Arbor in 2005 and moved it to Detroit. The Detroit store was focused more on higher end modern furniture and lighting – I had the most beautiful showroom over at Grand River and Broadway. It was like I had finally achieved my dream store. And then at the end of 2008 the recession hit. A lot of younger people don’t realize how bad it was, especially in Detroit. It was like everything was falling

The Interior of Retailer Hugh

apart, everyone was terrified and nobody spent ANY money. I managed to stick it out another year with Mezzanine, but I knew I had to come up with something a little more accessible. Hugh was an idea I’d had as a possible webstore, a swanky 50’s shop focused on entertaining and the good life. Really just a subset of what I’d done in the past with Mezzanine. I wanted it to be fun and affordable, but still with good taste. The chance to use a space in a friend’s building came up and I took it. It was the first pop-up shop in the region. People really liked it, so I brought it back in 2010 for the holidays, then I entered the first Hatch Detroit contest and won, and in 2012 Hugh appeared permanently in Midtown. Hugh has evolved a bit to be more like Mezzanine over the years, but it still has that retro Hugh vibe.

CVh: You’ve been in Detroit a while. How has the city changed since you’ve started?

JP: Well, parking is a lot more annoying now, for one. There are so many more people in the city, it’s just nuts. There is a general excitement that was harder to find before and I think the city feels accessible to many more people. The flip side is that Detroit used to really feel like a community – you knew so many different people from different backgrounds around town. People seemed to have a humility when they moved to the city – a desire to join in rather than remake. That seems harder to find now.

CVh: How has the business of retail changed since you’ve started?

JP: Internet retail started. You really can’t beat it, you just need to try and hold your own. There used to be a much stronger “shop local” vibe but that seems to have petered out over the last few years.

CVh: Ecce Pomo—tell us about it. What was it like working with Floyd?

JP: I had the idea for some kind of 80s post-modern show about six years ago, when I started noticing the influence on so much current design. I’ve sold many pomo items over the years and am pretty familiar with them, so I made a list of old and new designs that might fit. I finally decided last year I needed to do it or the moment would pass. Ecce Pomo: “Behold Post-Modern!” It was awesome, I’m so happy I did it. It will come back as a shop-in-shop at Hugh through the end of the year, starting this weekend.

Floyd was just so fantastic. Honestly having the store there was 50% of why I loved it so much. Great people work there, the product line is so so smart. Being a temp in their office was the best.

CVh: Will there by more pop-ups in the future?

JP: Maybe? They are a lot of work, almost like opening a whole new store with the branding and marketing and setup and staffing. But I have some ideas …

CVh: As the owner of a brick and mortar shop, do you see taking your shop outside its walls as a necessary business component?

JP: When I was starting out a veteran store owner in Ann Arbor told me, “the secret to doing business in Ann Arbor is doing business out of Ann Arbor,” and that is doubly true in Detroit. So yes, anything you can do to remind people you are there is important. In Detroit these days neighborhoods change so quickly, you can’t rely on foot traffic.

CVh: Favorite part of being your own boss?

JP: I love product design, interior design and the history of design and I get to work with that every day. I mean, picking out beautiful things and reading old design books is part of my JOB. That’s the best part, and probably the main thing that keeps me at it.

JP: Having to be your own cheerleader. Your drive is what keeps the business going, and nobody cares as much as you do. If you are feeling discouraged you have to turn it around pretty quickly. I recommend having a therapist handy.

CVh: What’s your advice to young entrepreneurs venturing into retail?

JP: You will have an idea of what you want, your dream store, and it won’t work out that way. Be ready to adapt a bit. Next, don’t stop selling the thing you have grown to hate but people continually buy. Also, remember that being chained to a sales counter is a difficult way to bring in new business, so balance your in-store time with social or (ugh) networking time. Finally, learn Quickbooks.