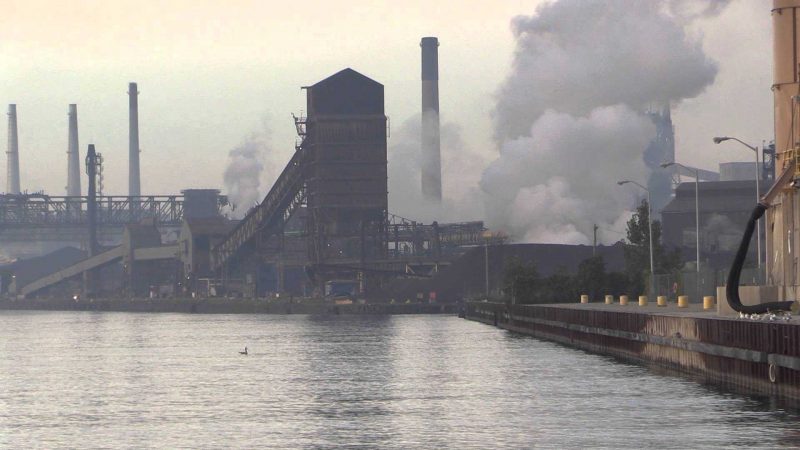 Infant mortality. Heart disease. Respiratory illness. Cancer. These killers are rampant in Detroit and other cities heavily impacted by pollution. How can a city so steeped in manufacturing make changes to its environmental health without sacrificing its economy?

The answer may surprise you. DII sat down with Guy O. Williams, President and CEO of Detroiters Working for Environmental Justice (DWEJ), to discuss some of the current opportunities facing our city and the roles private investment and government play in creating a resilient city.

DWEJ, launched in 1994 as the first environmental justice organization in Michigan, has established itself as a convener of sister organizations and citizens, as well as government, educational, and business organizations. In 2017, DWEJ released its Detroit Climate Action Plan (DCAP).

DWEJ and others have long been encouraging the mayor to establish an Office of Sustainability. The City now not only has established one but has also set in motion an engagement process to make sure that all Detroit citizens can be involved in the process. What good is it if investments are being made to improve the conditions, both environmental and economic, and the quality of life, but those living in the city have never been asked what their concerns are, what they are challenged with every day, what they see as issues that they need and want to be addressed? Their voices are critical in this conversation if we are to be successful in creating a resilient Detroit. If you have not weighed in, take a moment and do so here.

Detroiters Working for Environmental Justice  envisions Detroit as a vibrant urban center where all can thrive in social, economic, and environmental health. A critical element for achieving that kind of vision is for Detroit to lead the nation in demonstrating how to shift away from a carbon-based economy. To that end, Williams says we must reimagine how we are allocating capital resources. Tens of millions of dollars will be invested in infrastructure—repairing storm sewers, upgrading pumping systems and the electric grid, and repaving roads. What other investments are needed? How do we make sure some of these resources also work toward providing safe, affordable housing and water, and other things that directly impact those living their day-to-day lives? And how can we make sure the economic impact of change is positive and widely shared?

The city has already begun the long arc of learning around sustainability and resilience. In November 2015 Williams, along with several government officials and Detroit sustainability impact leaders, visited San Francisco for an inside look at that city’s evolution in sustainability. Organized by Councilman Scott Benson and the Green Task Force, “The trip,” Williams said, “was very eye-opening. A lot of the challenges San Francisco encountered are the same ones we face here in Detroit. How to improve the effectiveness of our storm sewer system, and how to dramatically increase recycling rates and material reuse, for example.” The delegation included current leaders such as the City Council President Brenda Jones; the leader of the Detroit Water and Sewerage Department, Gary Brown; and the head of the Department of Public Works, Ron Brundidge. Williams goes on to note, “We all left there feeling excited by the possibilities. The time and opportunities are now at hand in Detroit to elevate our game and show the world the way forward.

“We can have our environment and our health. We can thrive. We can have affordable housing—but only if the voices in the room reflect all of us. We need to move ahead using principles of sustainability in how we design our systems and contracts, then get to work.”