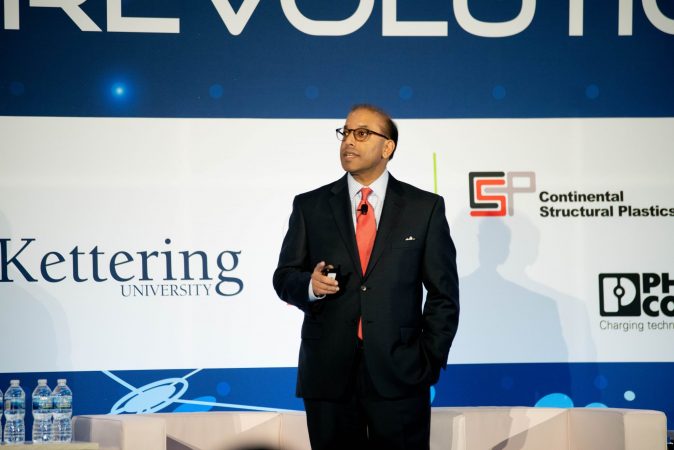 MichAuto Summit 2020 brought out the best and brightest in Mobility and Innovation for a one-day conversation on the future of the Automotive Industry, specifically what’s to come in 2020 and beyond.

The summit kicked off with Governor Gretchen Whitmer announcing a newly designated group named the Office of Future Mobility, where she signed the Executive Order on the hood of Ford’s Argo Planet M car inside the event space.

“…to build, test and deploy the cars of the future.” @GovWhitmer signs Executive Order to create a Michigan Council on Future of Mobility and Electrification. pic.twitter.com/RowFNxxoZl

Glenn Stevens Jr., Executive Director, MICHauto; Vice President, Automotive and Mobility Initiatives, Detroit Regional Chamber had this to say on the future of the programs that Whitmer is looking to implement very soon:

“Gov. Whitmer and MICHauto are aligned on a vision to shape Michigan’s mobility future. MICHauto is honored to be a key partner to Governor Gretchen Whitmer’s administration in executing the executive actions taken today. I look forward to ongoing collaboration with the Governor, The Michigan Council for Future Mobility and Electrification, the Michigan Legislative Automotive Caucus, and industry stakeholders to ensure Michigan’s leads the mobility revolution.”

Whitmer’s representative noted during a press greet with Whitmer that they are hoping to have an official designated for the Office of Future Mobility in the coming weeks. 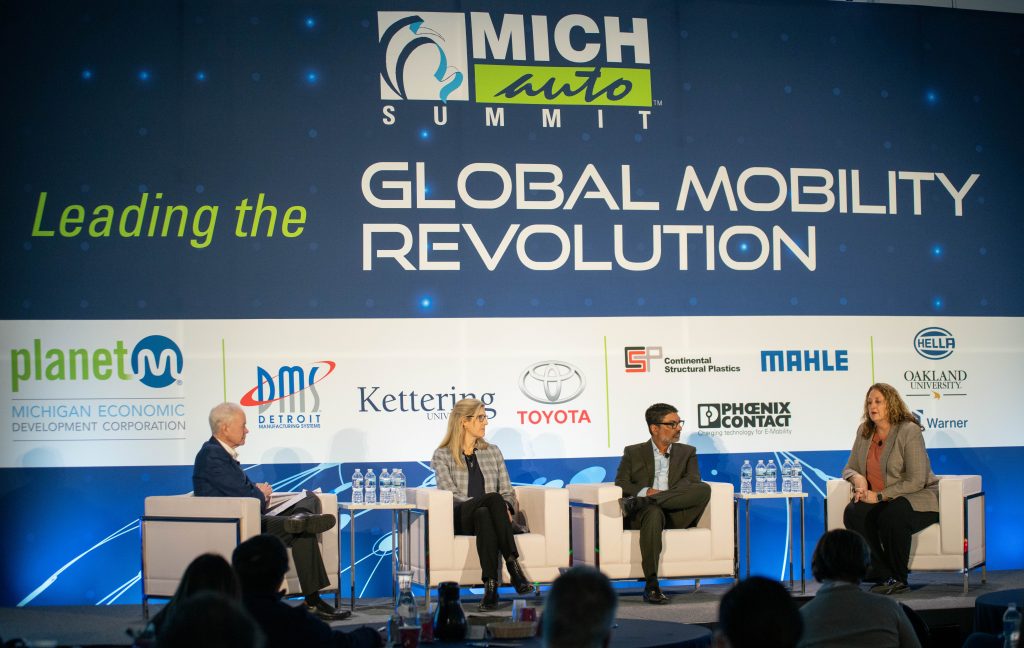 A stacked roster of panelists with their hands in the automotive industry, a lot of topics were covered. Including inclusivity and diversity, to Military involvement in the Auto Industry, as well as how autonomous vehicles learn and operate within a city, at the Taubman Center on the College for Creative Studies Campus.

“The diversity aspect of our company is a recruiting plus plus. Young people want to work in a diverse company, and they want to have the opportunity to, to be exposed to different cultures, possibly work overseas, and things like that. So within our recruiting, we accent that a lot. We accept the fact that in our plants, a lot of our supervisors and frontline managers are women, and that this is a company that even you think about manufacturing and kind of the old school sense. It’s kind of been a male-dominated industry, but I think you’re leaving out 50% of the talent pool to do that. So we will accept those things and do a lot of our recruiting with our diverse employees to show that don’t you know that this is a big thing.”

Discussing the company’s forward-thinking in the design area, Darren Palmer shared that one of the key components to building these vehicles was using what he calls “Human-Centric Design.” Describing the process, he shares that they tested different technologies over and over again with people from all over, to develop the preferences of the user in question. Much like the way that your iPhone learns your texting habits or what location you may be in on Wednesday, cars are moving toward being just as helpful. Even as far as when the car notes it’s in a safe place, such as home, it will create ease in opening the door for you.

Palmer shared why, at the core of their design thoughts, what the bottom line is when it comes to creating something of this magnitude:

The panelists discuss what it would take to bridge the gap with vehicle manufacturers and Military involvement, and how the two areas could cross-pollinate their knowledge bases to keep soldiers more efficient and, obviously, safer than they are now.

Tammy Carnrike, the Civilian Aide to the Secretary of the Army of Michigan expressed:

“I’ve learned that piece as well as what the whole future of the vehicles and other types of technology and innovation the army needs to protect its soldiers, to house their soldiers, to dress for soldiers, to equip their soldiers, and then bringing you My Chamber job and understanding our business community. And now, obviously, through our Machado Program, you know, what I’ve learned about autonomous tanks and the activity was going to happen in the army and what I know about our automotive industry, there’s such an opportunity for cross colonization. And I would add to that aerospace too. I think it’s defense, automotive and aerospace. And it’s something that we’re going to start talking about a lot louder and trying to bring them together.” 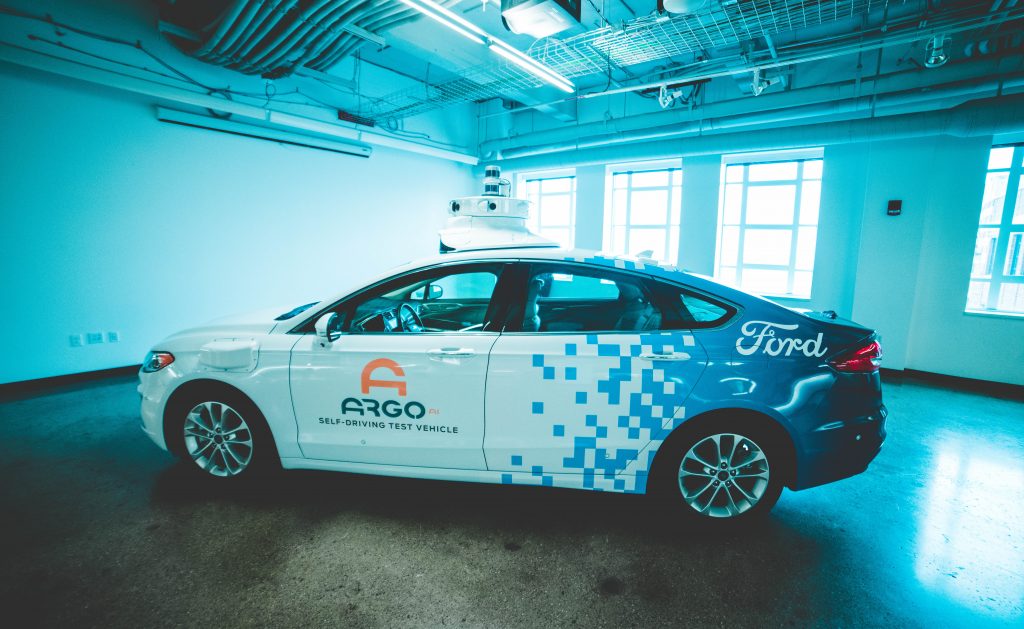 You’ve seen the vehicles driving around town labeled with the Ford logo and the camera on top, correct? That, my friends, is an autonomous vehicle that is testing the driving patterns of the Detroit streets and learning and growing, as well as taking data while doing so. Bryan Salesky, CEO, and Co-Founder of Argo AI discusses that the cars that are currently on the road already have a leg up on a human driver.

“I would say that there is if you break down the task of driving into, let’s say it’s 100 different features that you have to implement. I would say that in a number of those dimensions, we’re better than a human driver at this point. Why is that? Because the car can see all around it. It doesn’t get distracted. It does not get tired. And it’s always learning.”

Time will tell how quickly a lot of the information presented at MichAuto will roll out or become more than just a plan, some say don’t focus on when but how. Let’s realize how fortunate we are within the State of Michigan to be able to connect with this information before it becomes national news, along with preparing for solutions and connections for businesses within Michigan to become interlocked within the industry, as well as create new alternatives to roadblocks that could arise.