Musings, So Where Does Detroit Start? And Other Relevant Questions

Our Frustrations Lead to One Ultimate Question. How You Get Your Food Delivered Depends on Where You Live 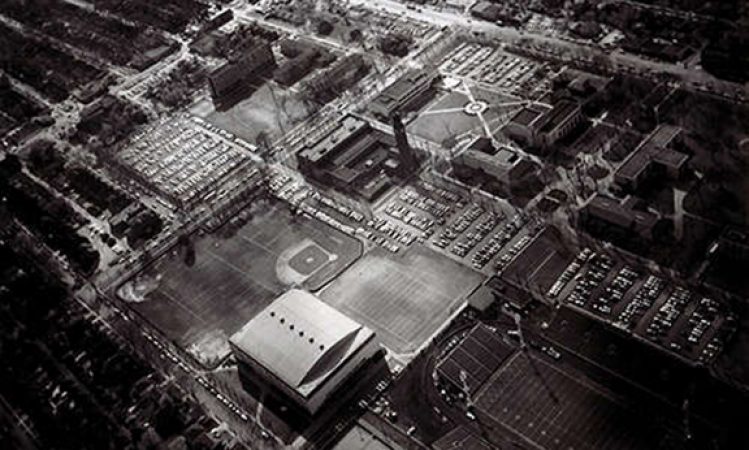 It all started with takeout. One day, after months of picking up orders, we learned that our favorite downtown Ferndale restaurant delivers. Except not to us. Grubhub was telling us that our Detroit pad, about a mile away, was out of delivery range. So we played around. Two miles down the street, into the suburbs, was totally within range.

We were mad. For the next two days it’s all we talked about. And in the process, we learned some things. Our friend, for instance, who lives in Jefferson Chalmers, can’t get the Grosse Pointe pizza spot at the END OF HER BLOCK to deliver to her Detroit address.

And we became more upset.

We took the issue to social media. People responded, but not about takeout. It turns out contractors are another issue for Detroiters. As one social media user reported, having a house in Detroit has given her a DIY mindset.

None of this is new, but it’s worth consideration.

In the same week we met a recent transplant, who relocated from LA to downtown Detroit, for a job. It’s worth noting that her 250 sq. ft. micro apartment (sans stove) isn’t a cost savings from her West Coast pad. And the suburbs? She’s been too busy to even make it to Hamtramck—and has, in fact, been warned against it, Hamtracmk’s dangerous.

Again, not mind blowing. But worth contemplating.

We called our favorite restaurant and had a surprisingly positive experience. The gentleman who answered the phone, lives a few miles away in the University District, and was receptive to our problem. The answer: Uber Eats. They’ll deliver to our neighborhood. He also noticed that he can’t get some of his favorite Ferndale restaurants to deliver through Grubhub.

Before we boycott Grubhub, maybe someone can tell us how these delivery boundaries are drawn?

But that’s not the point.

The point is this: one question lead to many conversations, more questions, some clarity and the ultimate realization that we are never alone or original in our musings, and that we will never move forward alone.

Detroit, what’s on your mind? Having delivery or contractor woes? Trouble finding affordable housing? Send us your questions, musings, and comments.

The “Borders of Detroit” map was taken from Detroitography’s website. Which is awesome and we suggest everyone visit it. Warning: you will lose hours of productive work time, but you won’t regret it because KNOWLEDGE IS POWER.