Bedrock Detroit: Exemplifying Remarkable Sustainable Urban Design in the New and the Historic 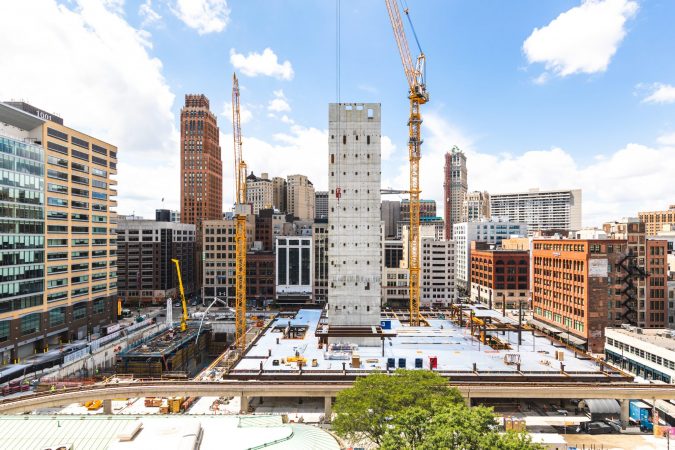 With a portfolio of nearly 100 properties totaling over 18 million square feet, Bedrock Detroit, is the largest real estate partner in downtown Detroit, and Director of Urban Strategy and Innovation, Kate Gasparro shares how they are integrating sustainability on many levels. With Detroit’s newest, and possibly most notorious development – the Hudson’s Site, the former iconic largest department store of the J.L. Hudson’s flagship store which occupied the entire 1200 block of Woodward Avenue and stood as the tallest department store/retail building in the world – well underway, and concurrently the restoration of one of Detroit’s oldest buildings, innovation and forward-thinking are critical. True to form, the company is utilizing inventive and important practices to address sustainability.

Join us for a fresh discussion between Dutch and Michigan based progressive leaders working to apply sustainable urban design and circular economy applications in architecture, design, policy, development, mobility, materials sourcing, and re-thinking how cities, citizens in them, their social cohesion, and the buildings that occupy space coexist.

Hear Victoria’s perspective on the topics on October 19th, 2021. The Sustainable Urban Design Summit will take place virtually over Zoom on October 19th and 21st at 9:30 am EST and 15:30 CET simultaneously.

Register here for your tickets: sustainableurbandesignsummit.com

As urban developers, the professionals at Bedrock think deeply about the connection between people and their built environment – they say it’s part of their DNA.

And as the Director of Urban Strategy and Innovation, Kate Gasparro’s constant 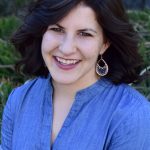 focus is determining how the company can best position its existing portfolio of nearly 100 assets to most efficiently and operationally meet the sustainability needs of their tenants and the community now and in the future.

A significant example of Bedrock’s efforts in doing so is its pledge to source approximately 22,000,000 kWh of its total energy usage from DTE solar farms. This effort will reduce the company’s greenhouse gas emissions and offset an estimated 15,500 metric tons of carbon dioxide annually—or the equivalent of decreasing the number of passenger vehicles on the road each year by 3,375.

“Our commitment, through the MIGreenPower program, will enhance sustainability measures across all of our assets, including the Book Tower renovation and the Hudson’s Site development—which is currently pursuing full LEED certification,” says Gasparro.

Bedrock has also gained the approval of the Detroit Chapter of the International 2030 District, a group aimed at reducing the carbon footprint of historical buildings by 50 percent and new construction by 100 percent over the next 10 years.

One area of extreme importance for Bedrock is the efficient movement of people between spaces as it relates to sustainability.

Bedrock strives to create mixed-use environments that create places where people can live, work and play without getting in their vehicles to move about. By doing so, we’re helping to create efficiency in people’s day-to-day lives, facilitating both environmental and economic sustainability, says Gasparro.

She goes on to say that one way they achieve this is by fostering a downtown environment that offers events that cater to all ages and abilities, thus creating an accessible atmosphere where people can enjoy a day downtown, while also picking up food, going shopping, or doing anything else they need for a productive day. This enhances sustainability from not only a green perspective – thinking about limiting transportation-based carbon emission – but also an economic one, which is a large consideration when it comes to working and living in Detroit.

Bedrock also looks to biophilia practices to further addresses the synchronization of people and space. Gasparro says, “this drives our design teams to rely on nature-based principles such as day-lighting and natural materials to create more accessible and healthy spaces. This specific approach is a key component of the Hudson’s project and the project’s LEED ambitions.“

The Importance of Infrastructure 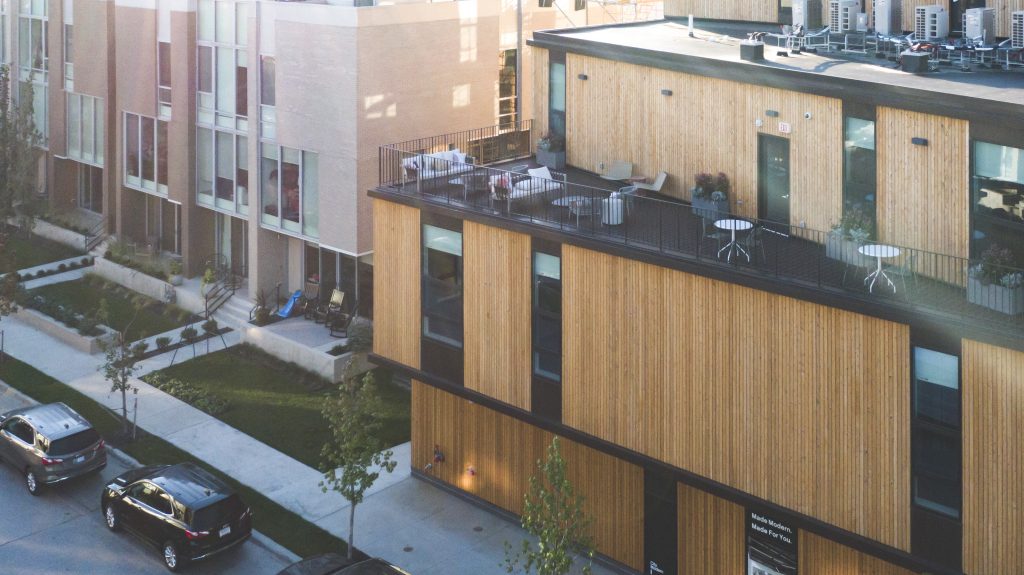 Stormwater chambers were placed beneath the streets where City Modern sits to help reduce the impact on Detroit’s larger infrastructure network. The addition of this innovative stormwater mitigation initiative throughout City Modern offsets storm flow and flooding throughout the area.

The Coexistence of Land Programming and Transportation

Bedrock has the distinction of owning 1/3 of all parking garages in the city, and that comes with the challenge of how to move people around while decreasing the carbon footprint.

Gasparro says “for this reason, Bedrock is committed to finding and implementing innovative parking solutions that maximize parking spaces, and has therefore partnered with Ford, Bosch, and the State of Michigan to create a Smart Parking Lab that allows technology partners to test new parking based technologies.”

The recent install at Press/321 illustrates this. It is the Midwest’s first fully automated parking system with AUTOParkit, creating 105 parking spaces in the basement of the historic building where none would have been previously possible. Since vehicle engines are turned off before being stored, the system can reduce fuel consumption and emissions by up to 83 percent. Overall energy use is also drastically reduced, lowering operational overhead by up to 40 percent when compared to a standard parking garage.

On a final note, Gasparro points to one of Bedrock’s largest historic restoration projects – the Book Tower as an example of leveraging a circular economy. 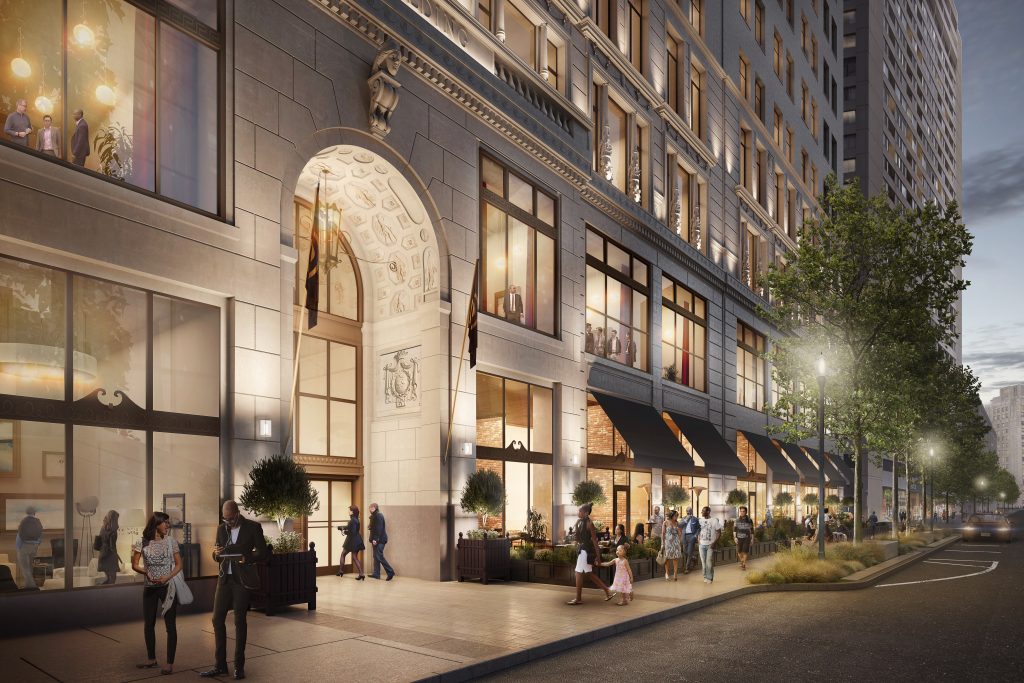 “Having sat vacant throughout the 2000s, we are now utilizing local materials and historic elements to restore this 100-year-old building while keeping the integrity of its original character, allowing it to come to life fully again for all to enjoy.