Listen to the Sweet, Traditional Sounds of the City Streaming From These Detroit Music Venues 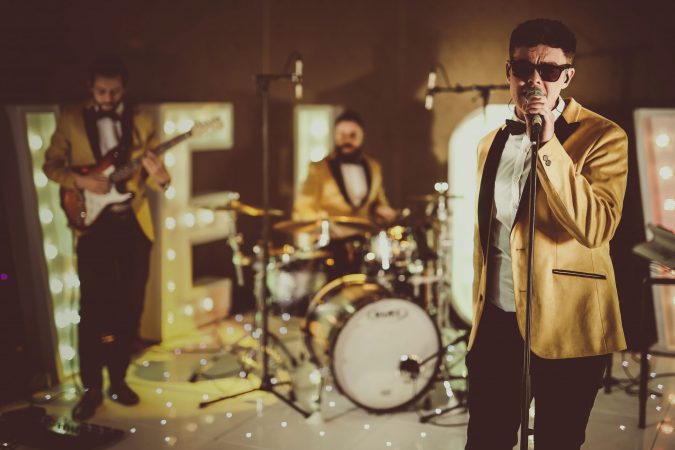 Traditional holiday gatherings with family and friends are just around the corner. Even though people are more accustomed these days to not-so-ordinary interactions due to a virus spread that altered everyone’s idea of meaningful contact. Traditions aren’t just reserved for dinners and family events, though. The act of returning to the origins of a particular moment oftentimes includes music!

So many of us associate certain songs with vivid memories. Why not spark a new memory while out with some sounds and with good company in an exciting city? Detroit was practically built on automobiles and the Motown sound.

Explore this list of Detroit historically rich sounds all found woven throughout the city. Talented musicians play there that are tied to historical and high-quality entertainment. People tend to gravitate towards their generation’s music or their parents simply because it’s reminiscent of growing up. It’s no surprise many Detroiters are still searching for that sanctuary of sounds that remind them of the city’s grit, but also its softer sides.

Detroitisit picked a perfect balance of five modern and traditional Detroit music venues that easily attract diverse crowds to be immersed in all of the Motor City sounds. Consider this our first holiday gift from our team to yours.

The door to these filling Detroit sounds opens at 5:00 on Fridays and 7:00 on Saturdays! Last call and door lock at 1 AM! Take it from their Facebook page that states “We’re a cast of characters you won’t want to miss!”

It’s not unlikely that you’ll run into the man himself, Mr. D’Mongo. He’s been known to buy drinks. If you’re a night owl, then Cafe D’Mongo’s is definitely your spot. Detroit music venues are best when they take you into the night. D’Mongo’s Speakeasy in Detroit stays open later than most bars in the city. Quality drinks and a rich sound are two signature highlights that keep people coming back to Café D’Mongo’s Speakeasy. Not to mention, a rich history.

Located in Detroit’s Eastern Market, Bert’s will intrigue all of your senses. Popping sounds are expressed visually on Graffiti walls show off a dazzling list of legendary icons in Motown music history like Michael Jackson. What could be more inviting than a jazz club turned entertainment complex? Not only is Bert’s Entertainment Complex the place to find great food, drinks, and live entertainment each day of the week, it’s also a special place to host your wedding celebration. Choose from one of three venues – the Warehouse Theater, the Motown Room, or the Hasting Street Room.

The Raven Lounge & Restaurant in Detroit is definitely not a typical music venue structure. Don’t overlook one of Detroit’s oldest blues clubs located at the intersection of Chene and Farnsworth. History runs deep within these musical walls of this seemingly ordinary Detroit music venue. The lounge was originally the site for Mazur’s Bar, a Polish bar known for its live polka bands due to large Polish immigrant residents in the surrounding neighborhood. The Raven Lounge serves up irresistable traditional sounds and food for those looking for more than just a Detroit bar. Blues and Jazz are alive and thriving at this Detroit music venue. Don’t miss the lowkey legendary Detroit music venues like The Raven.

Relax into a perfect night in the city with the last of the best Detroit music venues. Baker’s Keyboard Lounge is what Motown is all about. Is there room to complain when you’re surrounded by great people, seasoned food, and seasoned Detroit Jazz artists? No! It’s a “must-dine spot”. Grab a date and get your groove on with a welcoming atmosphere where diverse sounds and people make themselves at home. Detroit soul food and music spread comfort throughout the city. Not to mention, Baker’s Keyboard Lounge is preserving a precious part of Detroit that certainly deserves a spotlight.