6 Books About Detroit to Read While Social Distancing

You Need to Reduce Your Screen Time Anyway, so Pick up a Good Book 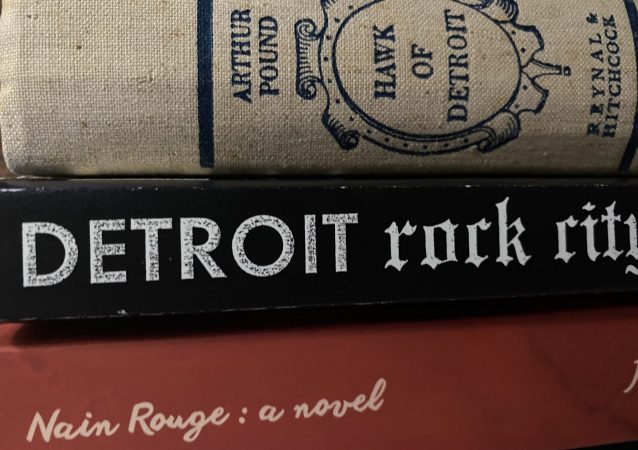 One thing I’ve noticed while we’re social distancing is that we’re all jonesing to feel Detroit underneath our shoes again. Everyone misses the city in their own way, so while we’re looking to also lower our screen time, how about we dive into some Detroit-based classics. 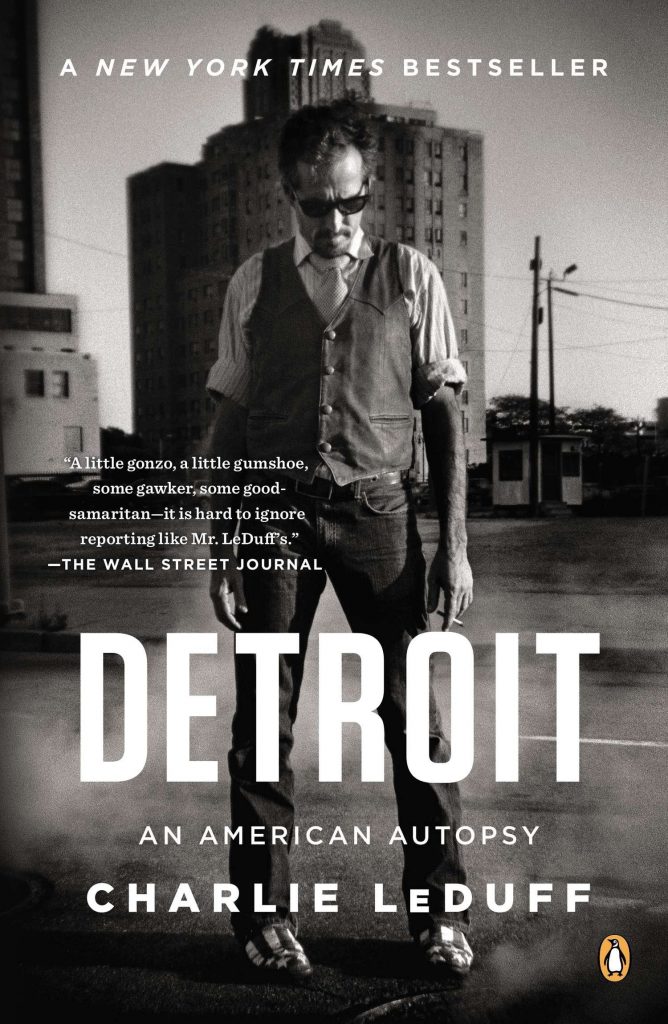 Everyone’s got an opinion about Charlie LeDuff, but to be completely honest, there’s only one man in Detroit that’s bat shit crazy enough to tell it like it is, and how he sees it.

Amazon describes the book as follows:

“Back in his broken hometown, Pulitzer Prize-winning journalist Charlie LeDuff searches the ruins of Detroit for clues to his family’s troubled past. Having led us on the way up, Detroit now seems to be leading us on the way down. Once the richest city in America, Detroit is now the nation’s poorest. Once the vanguard of America’s machine age—mass-production, blue-collar jobs, and automobiles—Detroit is now America’s capital for unemployment, illiteracy, dropouts, and foreclosures. With the steel-eyed reportage that has become his trademark, and the righteous indignation only a native son possesses, LeDuff sets out to uncover what destroyed his city. He beats on the doors of union bosses and homeless squatters, powerful businessmen and struggling homeowners and the ordinary people holding the city together by sheer determination. Detroit: An American Autopsy is an unbelievable story of a hard town in a rough time filled with some of the strangest and strongest people our country has to offer.” 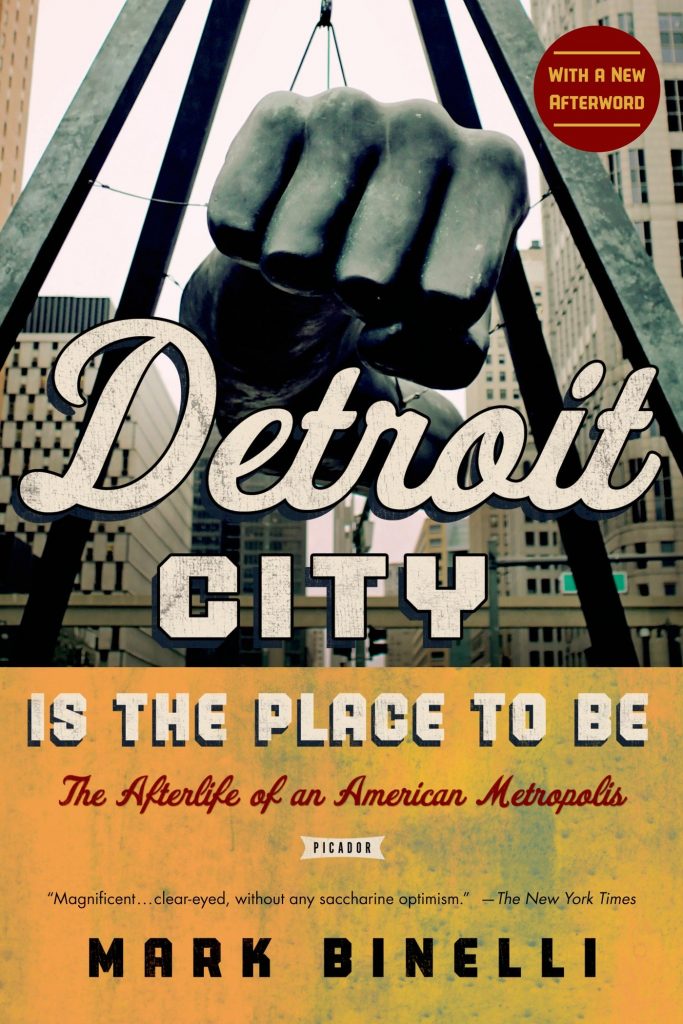 DETROIT CITY IS THE PLACE TO BE

DETROIT CITY IS THE PLACE TO BE – MARK BINELLI

“Once America’s capitalist dream town, Detroit is our country’s greatest urban failure, having fallen the longest and the farthest. But the city’s worst crisis yet (and that’s saying something) has managed to do the unthinkable: turn the end of days into a laboratory for the future. Urban planners, land speculators, neopastoral agriculturalists, and utopian environmentalists—all have been drawn to Detroit’s baroquely decaying, nothing-left-to-lose frontier.

With an eye for both the darkly absurd and the radically new, Detroit-area native Mark Binelli has chronicled this convergence. Throughout the city’s “museum of neglect”—its swaths of abandoned buildings, its miles of urban prairie—he tracks both the blight and the signs of its repurposing, from the school for pregnant teenagers to a beleaguered UAW local; from metal scrappers and gun-toting vigilantes to artists reclaiming abandoned auto factories; from the organic farming on empty lots to GM’s risky wager on the Volt electric car; from firefighters forced by budget cuts to sleep in tents to the mayor’s realignment plan (the most ambitious on record) to move residents of half-empty neighborhoods into a viable, new urban center.

Sharp and impassioned, Detroit City Is the Place to Be is alive with the sense of possibility that comes when a city hits rock bottom. Beyond the usual portrait of crime, poverty, and ruin, we glimpse a longshot future Detroit that is smaller, less segregated, greener, economically diverse, and better functioning—what could be the boldest reimagining of a post-industrial city in our new century.” 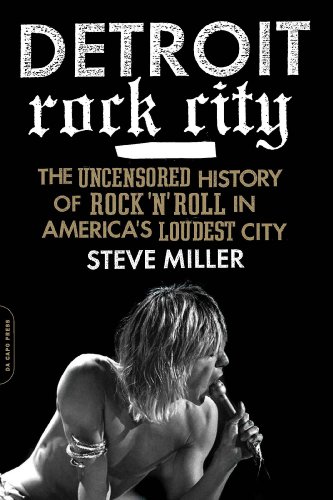 If you’re obsessed with Rock Music, then you need to grab this one over everything. Check out the description here:

“From the Stooges and MC to Grand Funk Railroad and Ted Nugent, to the White Stripes, Eminem, and Kid Rock, and whole casts of other great bands and performers, Detroit has always produced louder, more rumbling, more subversive rock music than any city in the world.

In Detroit Rock City, listeners get to hear the stories straight from the participants themselves: the singers, the guitar slingers, the fans, the reporters, the promoters, even the guys who hand-made amps to be louder and crunchier than the competition’s. This is the story, by the people who saw with their own eyes, made with their own hands, and heard with their own ears.” 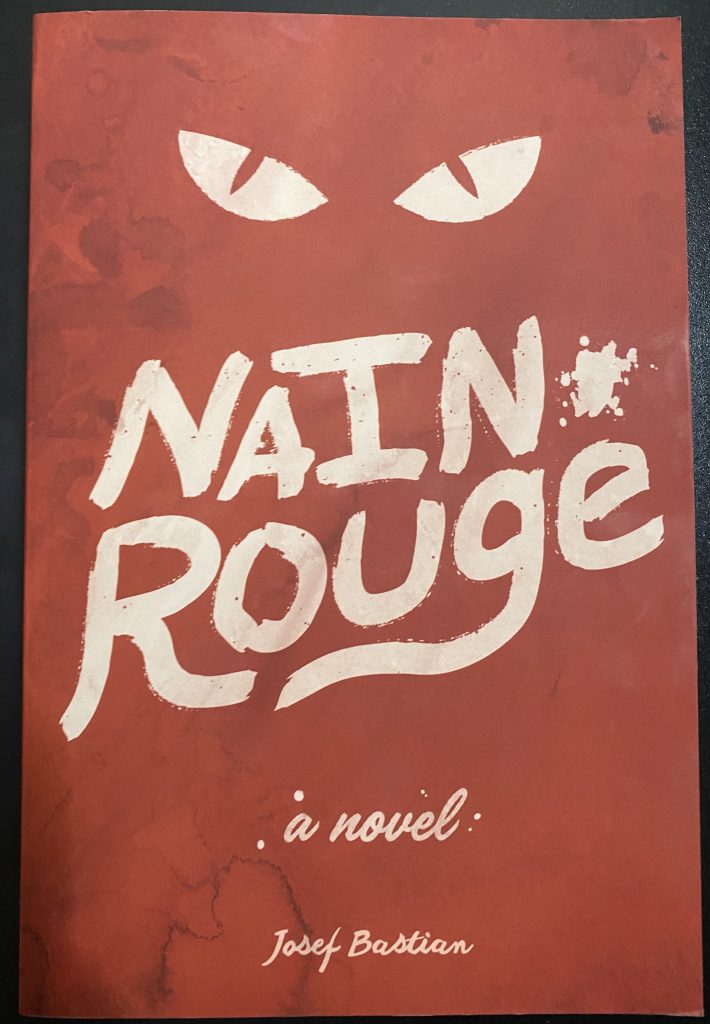 For those of us who participate every year (except this year, obviously), the legend of the Nain Rouge ties into the legend of the Red Dwarf harassing Antonie de la Mothe Cadillac, and when he fought back, it brought upon a curse to Detroit – hence our bad luck over the years. The book that we’re linking to is the first of the series, but there is a version out there where it’s all in one copy.

The book is expressed as follows:

“A legend whispers about a malevolent spirit lingering in the city of Detroit. Now it stirs in its slumber. The Nain Rouge – the fabled Red Dwarf of the Straights – gathers strength. Its power increases with each passing day, and things in Detroit go from bad to worse, with no end in sight. Soon the lengthening shadows reach out to the suburbs, where Elly and Tom grew up knowing very little about evil.

But evil knows all about them. Destiny has chosen the young teens to fight an invisible war that will reveal centuriies-old secrets and test the bonds of friendship and courage. As the red tide rises, soon the city and the country will face ruin, and they know the Nain Rouge won’t stop there.

But before they can protect the world they love, Elly and Tom must learn how to be the heroes… and come to grips with the truth of their own shocking legacy.” 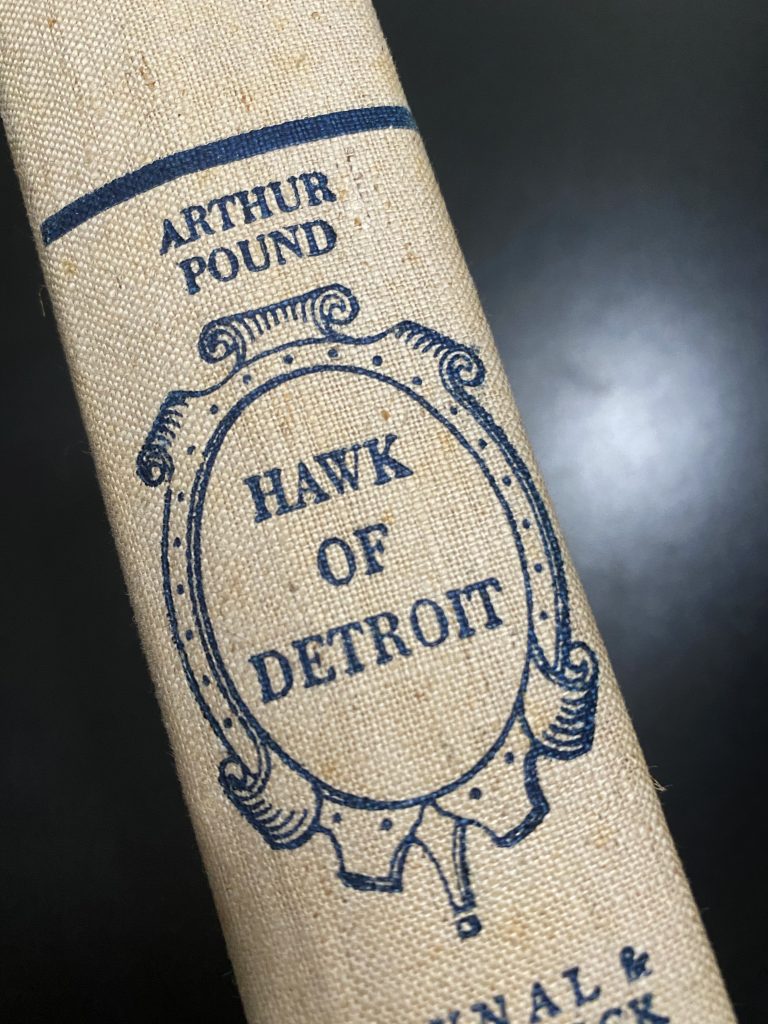 Published in 1939,  ‘Hawk of Detroit’ is a story told from the era of Sieur Antonie de la Mothe Cadillac. It’s extremely old since it was published in 1939, but sometimes you can find a copy on Amazon or eBay (I picked up my copy at Warehouse One Antiques & Collectibles in Grand Rapids).

The forward says the following:

“Some of the events and characters here portrayed are real, others imaginary. An effort has been made to present accurately the political background of Cadillac’s expedition to Detroit. If a living persons bear names used within, it is purely a coincidence. Of Cadillac it can be said, buy one who has read much on the man and his deeds, that he remains an elusive character. The record is so spotty and contradictory that the valid deductions as to his motives are difficult to draw.” 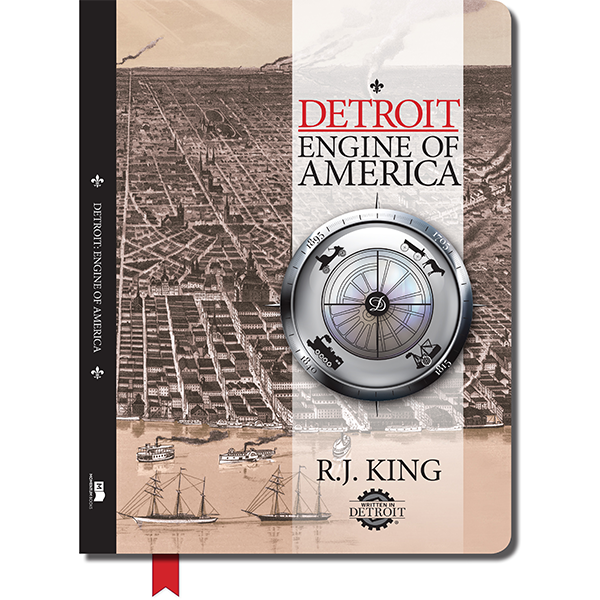 If you’ve got a thing for history and cars, why don’t we mush those two together and talk about how Detroit became the Motor City. The book premise is as follows:

“This is the story of how, starting in 1701, a crude French settlement along the Detroit River became, in 1900, the birthplace of the automotive industry. Forging the first industrial powerhouse wasn’t easy. Scant inbound supplies from the English colonies took months, if they arrived at all. The first 100 inhabitants led by explorer Antoine de la Mothe Cadillac, with the guidance of Native American tribes, built a fledgling economy of fishing, farming, and hunting, the latter propelled mightily by the fur trade. As the populace sputtered and grew, they developed the machinery and skilled trades that produced in volume wagons, stagecoaches, steamships, hearths, locomotives, boxcars, furniture, stoves, equipment, marine engines, pharmaceutical drugs, and finally, the horseless carriage. Detroit’s grit and brawn ignited what is the first city in the Midwest, ingenuity and self-sufficiency thrust it on the world stage.”