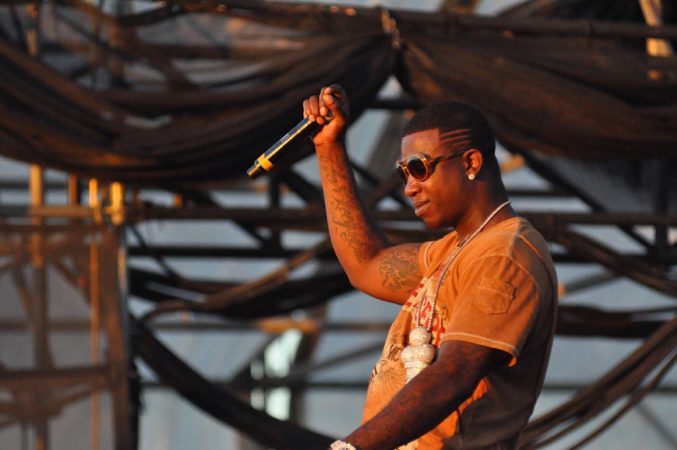 8 Concerts You Must See This Week is a roundup of some of the best shows in the city, and this week we’re featuring our top 8 for Nov. 11-17. Check back with us every week for the hottest shows and the greatest venues! 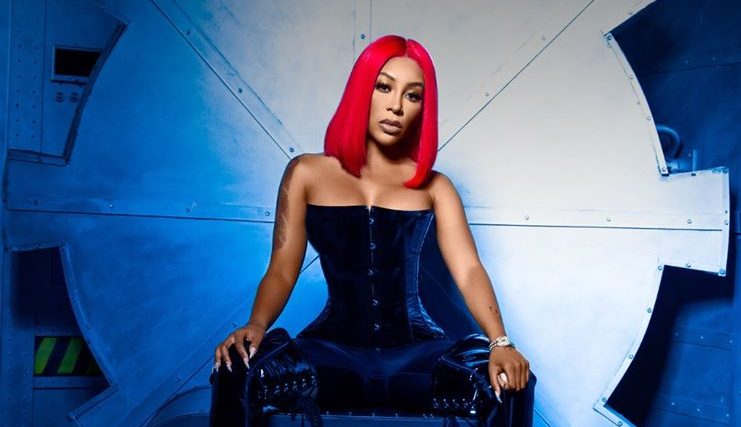 “Kimberly Michelle Pate (born March 4, 1985) better known by her stage name K. Michelle, is an American singer, songwriter, television personality, guitarist and pianist. In 2009, She was noted when she signed a deal with Jive Records and released the R&B charting single “Fakin’ It” featuring Missy Elliott. She later went on to release three follow-up R&B charting singles: “Fallin'”, “I Just Can’t Do This”, and “How Many Times” before leaving Jive Records. In 2012, K. Michelle garnered further attention by appearing in the VH1 reality series Love & Hip Hop: Atlanta.” Facebook Biography 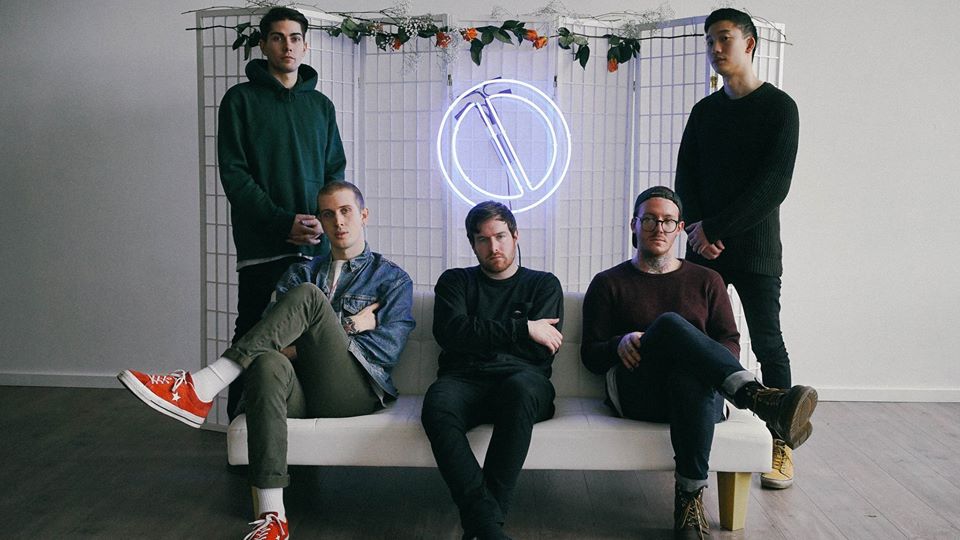 “A fierce Canadian hardcore band who’ve won a growing audience for their relentless, technically precise attack, Counterparts emerged out of Hamilton, Ontario at end of the 2000s, though it wasn’t until their fourth release, 2015’s Tragedy Will Find Us, that they began to earn widespread success. In spite of a major lineup change, their 2017 release, You’re Not You Anymore earned their highest chart placement yet, setting the table for their sixth album, Nothing Left to Love, two years later.” AllMusic.com Biography 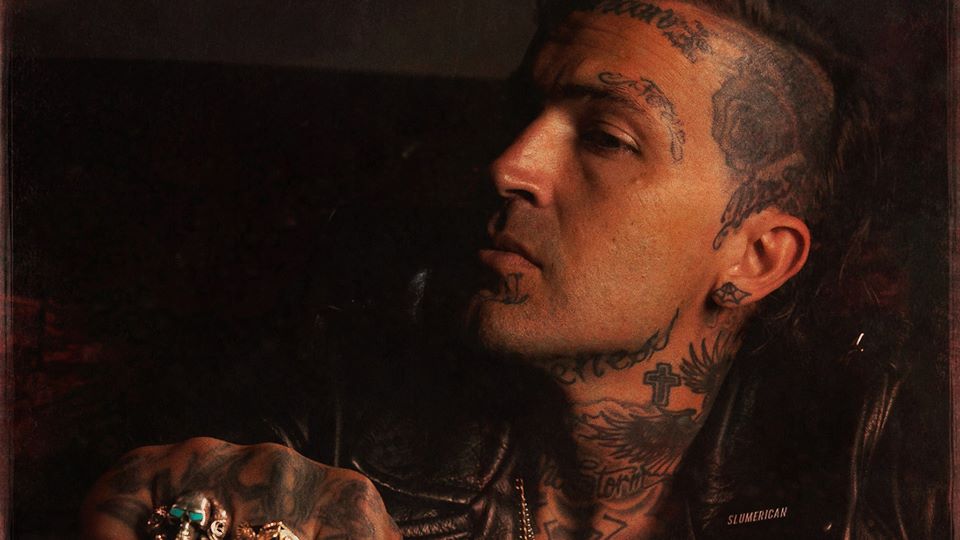 “YelaWolf, born Michael Wayne Atha in Gadsen, AL, made his major label debut with Eminem’s Shady Records (Interscope) in 2011 after building a rabid fanbase that caught the attention of critics and label execs alike. The rapper, songwriter, performer and entrepreneur has released new music relentlessly and travelled around the world performing sold out shows across the United States, Canada, Europe, Australia, and New Zealand. His first five full-length albums and various side projects have featured collaborations with a wide variety of top artists including Ed Sheeran, Travis Barker, Flea of the Red Hot Chili Peppers, Gucci Mane, Kendrick Lamar, Diplo, A$AP Rocky, Kid Rock, 3.6 Mafia, Big Boi, Killer Mike, Wynonna Judd, among others. With his faithful and ever-expanding following, YelaWolf has cultivated a global community with his culture brand Slumerican. He opened the Slumerican Made flagship store in Nashville, TN in 2017. His sixth studio album Ghetto Cowboy is set for release this year via his own Slumerican Records, and will include extensive touring in both the US and internationally in its support.” Facebook Biography 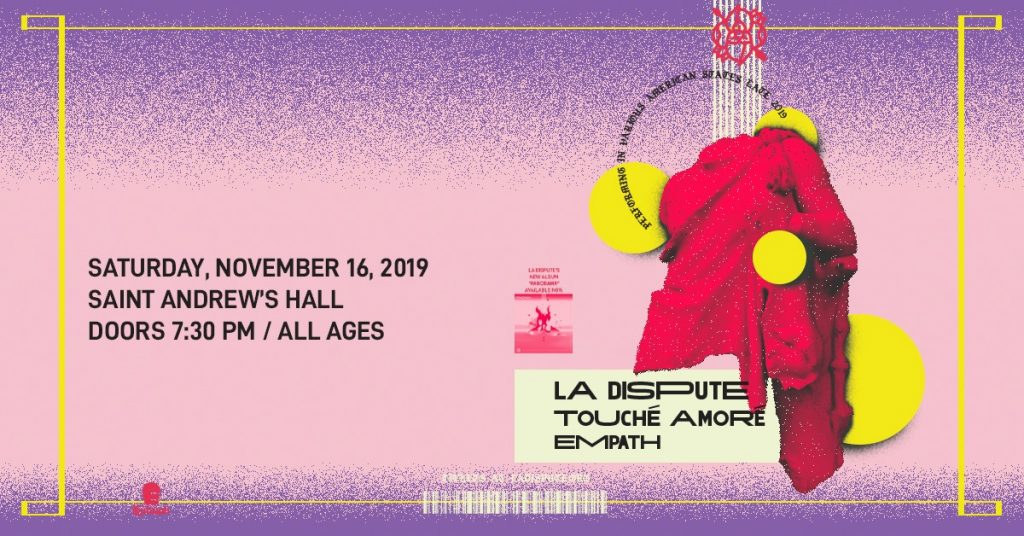 “La Dispute has never been a band prone to settling. The five-piece from Grand Rapids, Michigan, is responsible for some of the most uncompromising, experimental hardcore music of the last decade. From their 2008 debut (in their current formation) Somewhere at the Bottom of the River Between Vega and Altair, to 2011’s Wildlife, to 2015’s Rooms of the House, La Dispute have continually pushed themselves to find new ways to portray some of the most difficult and universally affecting subject matters. Casting a wide stylistic net that includes – but isn’t limited to – jazz, blues, spoken word, screamo and prog rock, La Dispute have developed a sound that, while constantly evolving, is unmistakably theirs.” Facebook Biography 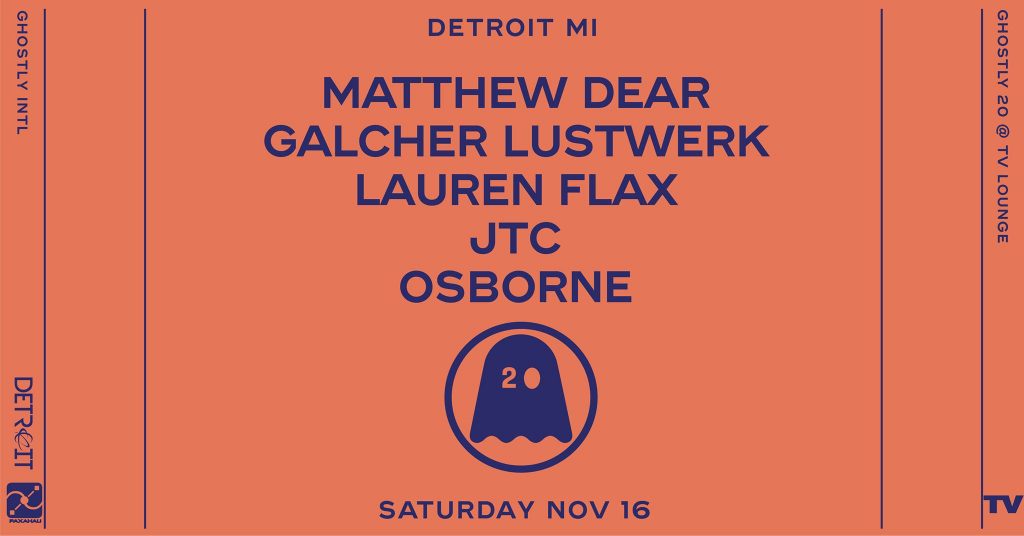 “Depending on whom you ask, Matthew Dear is a DJ, a dance-music producer, an experimental pop artist, a bandleader. He co-founded both Ghostly International and its dancefloor offshoot, Spectral Sound. He’s had remixes commissioned by The XX, Charlotte Gainsbourg, Spoon, Hot Chip, The Postal Service, and Chemical Brothers; he’s made mixes for the Fabric mix series and Get Physical’s Body Language. He straddles multiple musical worlds and belongs to none—and he’s just hitting his stride.” Facebook Biography 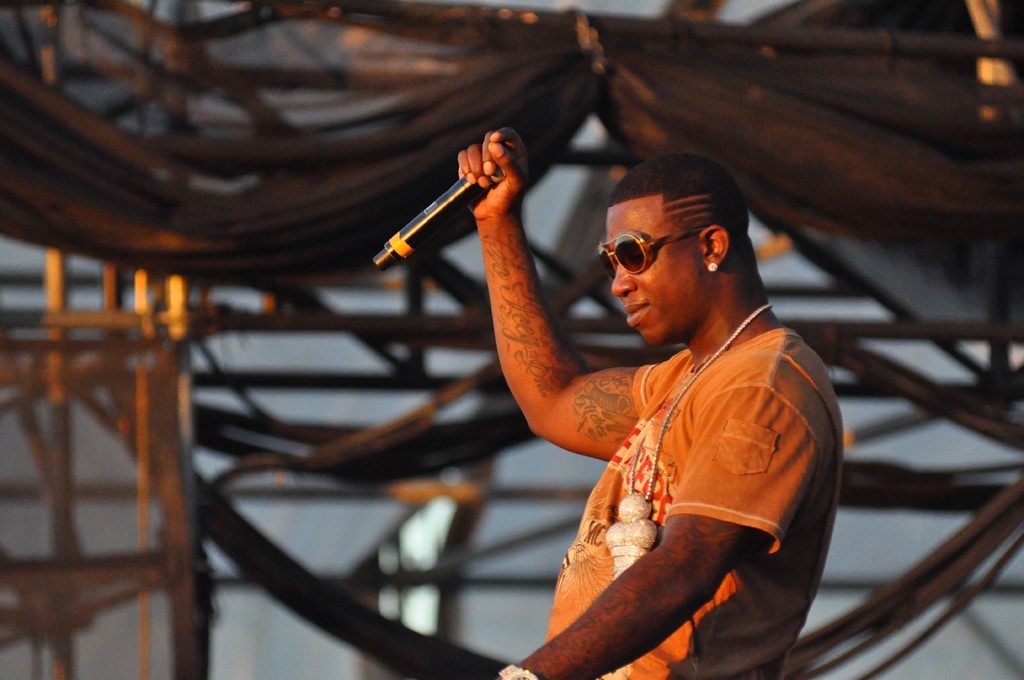 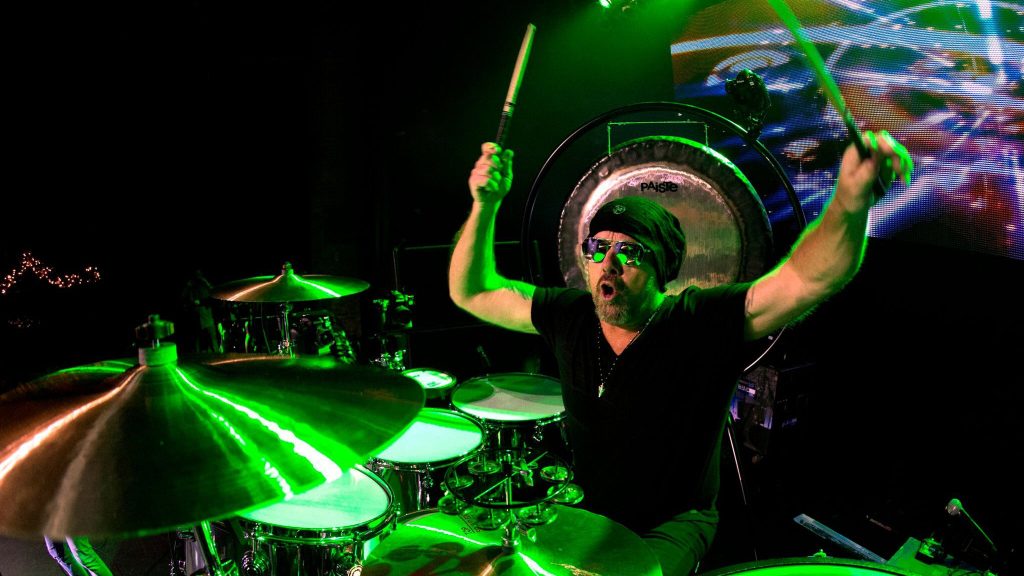 “But when Jason Bonham was a small child and got called in to entertain, the family friends he played his drums for could be anyone from Jimmy Page to some of the guys from the group Bad Company. That’s what happens when your father is drummer John Bonham, one of the original members of the legendary rock band Led Zeppelin.

At the age of only five, Jason could play the drums, at least a scaled-down set of them, with skill. When he was 17 he was a member of the band Air Race. The group signed a record contract with Atlantic Records, recorded one album, and opened for big names like Queen, Meat Loaf, Ted Nugent, and AC/DC. John Bonham died in 1980, but Jason, who has marked a few places in music history himself, has stepped in from time to time to help keep his father’s memory alive.

In 1988, Jason took his father’s spot in the televised, first-ever Led Zeppelin reunion at the Atlantic Records 40th Anniversary concert, which included Robert Plant, Jimmy Page, and John Paul Jones. Later than year. he went on to tour with Page and recorded the album Outrider with him.” Facebook Biography 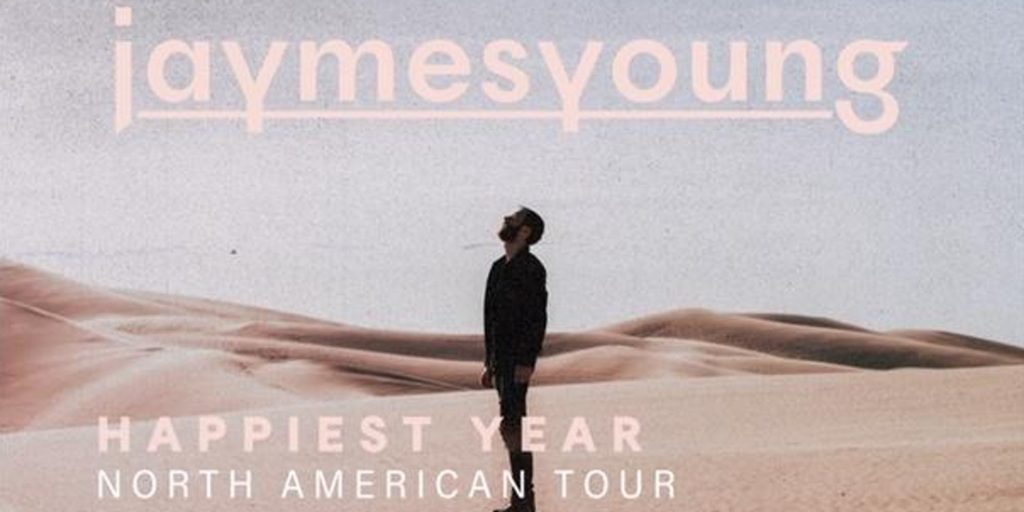 “Melding together elements of electronica, smooth indie R&B, and lush synth pop, Seattle native Jaymes Young emerged in early 2013, scoring a deal with Atlantic, which released his debut EP, Dark Star, later that year. He was quickly sent out on a major tour with London Grammar before returning with a follow-up EP, Habits of My Heart, in 2014. That year also brought a collaboration with David Guetta and Birdy on Guetta’s track “I’ll Keep Loving You.” He and singer Phoebe Ryan offered their own collaborative single, “We Won’t,” the following year. Young returned in early 2017 with a pair of soulful singles in “Stoned on You” and “Feel Something.” The latter provided the title for his first full-length album, which appeared in June of 2017.” AllMusic.com Biography