8 Educational and Fun Nonfiction Audiobooks to Listen to This Summer 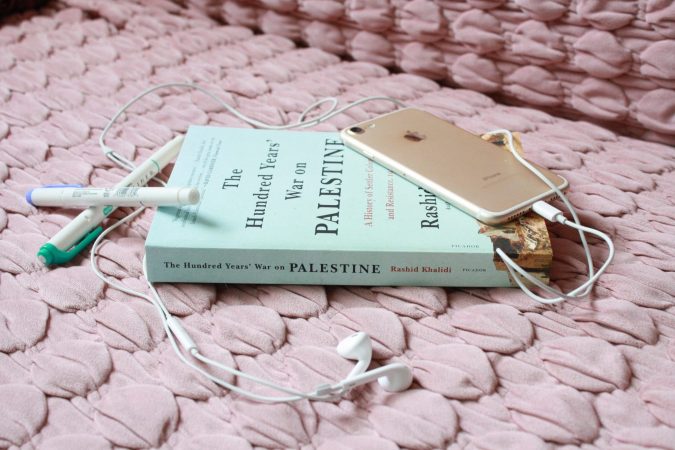 Summer is officially here, and as more Michiganders continue to get vaccinated, the state progresses faster to an exciting sense of normalcy. For many of us this means a return to the office, even if for a day or two a week, road trips to see friends and family, and more time outside. All of these events are perfectly coupled with one of June’s national holidays: National Audiobook Month.

Audiobooks are an excellent way to pass the time in the car, as well as learning new things, so here is a Detroitisit curated list of some nonfiction favorites, ranging from history, to habits, to hygge.

Of course, “local, local, local!” is what we at Detroitisit live by, so a great way to check out more material in a local way for a cheaper cost is through the Detroit Public Library’s audiobook apps: Hoopla and Libby. Both apps simply require your library card information and voila! Free audiobooks galore!

SO CLOSE TO BEING THE SH*T, Y’ALL DON’T EVEN KNOW BY RETTA

Retta is well known for her role on Parks and Recreation, Donna Meagle. The two personalities of Donna and Retta definitely have their similarities, but in “So Close to Being the Sh*t, Y’all Don’t Even Know” Retta deep dives into her childhood, her career beginnings, friendships, and her love of designer bags. As Retta is the reader of this audiobook, get ready to laugh out loud as she adds her own personal flair to each wild story she tells.

“Atomic Habits” is an excellent audiobook to listen to at any point in one’s life, especially as the pandemic is beginning to resolve and our lives continue to change and flux. James Clear’s take on creating habits and providing oneself with the tools for success is one that is dissimilar to most books that promote a sense of self help. “Atomic Habits” is about working smarter and creating successful patterns for your own life and priorities, which helps to decrease stress of the unknown and uncontrollable. Change is inevitable, but in learning positive habits we can diminish our adverse reactions, giving us more time to problem solve and move forward.

THE MIRACLE OF MINDFULNESS BY THICH NHAT HANH

Thich Nhat Hanh is a Vietnamese Zen Master who has an intense ability to explain the mentality of meditation and mindfulness in the simplest of ways. Throughout “The Miracle of Mindfulness”, Hanh discusses how mindfulness and peace shouldn’t only occur when our legs are crossed and our eyes are closed, but in everyday tasks like washing the dishes or making dinner. If you feel stressed with the world’s ever-changing pace or unmotivated by life, this audiobook is an excellent place to begin. Even if meditation isn’t your thing, Hanh’s approach to being present is an inspiring and helpful one. 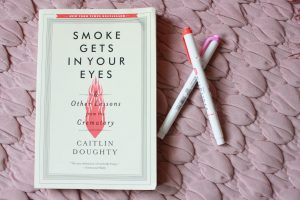 SMOKE GETS IN YOUR EYES CAITLIN DOUGHTY. PHOTO EMILY FISHER

SMOKE GETS IN YOUR EYES BY CAITLIN DOUGHTY

Have you ever wondered about the details of the American death industry? For those of us who want to know the details of what happens to us when we die–cremation, embalming, the cost of a coffin–”Smoke Gets in Your Eyes” is an excellent memoir to dive into. Doughty’s life takes the reader through many facets of the death industry, all while exposing some unsettling truths, and discussing other cultures’ relations to death. Is the American way to celebrate the dead the best way to do so, or are there ways we can improve the system?

BIRD BY BIRD BY ANNE LAMOTT

Bird by Bird is an insightful and somewhat short piece of literature discussing writing and life. Lamott, a best-selling author of both fiction and nonfiction, gives advice about how to write well and with motive, as well as how to live one’s life well. To Lamott, both are simple: one must do them Bird by Bird or little by little.

THE HUNDRED YEARS’ WAR ON PALESTINE BY RASHID KHALIDI

An important audiobook to listen to in terms of world history, “The Hundred Years’ War on Palestine” makes for an excellently poignant listen as the crisis between Palestine and Israel continues. Khalidi expertly tells the story of Palestine’s past all while offering an insightful view of present-day conflict that continues.

THE LITTLE BOOK OF HYGGE BY MEIK WIKING

This short, but utterly comforting audiobook, takes on the discussion of Danish secrets to happy living. As Danes are some of the happiest people on the planet, Wiking offers some reasons as to why, as well as tips on how to incorporate more Hygge into your day-to-day life. Hygge (pronounced hoo-ga) is a word defining a comfortable, peaceful, and mind-calming atmosphere and sense of being. “The Little Book of Hygge” is a perfect book to listen to to put you into a comfortable and content mindset.

A PEOPLE’S HISTORY OF THE UNITED STATES BY HOWARD ZINN 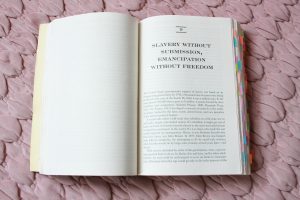 A PEOPLE’S HISTORY OF THE UNITED STATES BY HOWARD ZINN. PHOTO EMILY FISHER

“A People’s History of the United States” is without a doubt an American historical classic. This somewhat extensive audiobook extends from 1492 to 2009 and tells the history of those forgotten in most history books. In and of itself, “A People’s History” is a dark book, discussing America’s genocides, lynchings, political riots, racial movements, sex movements, worker’s rights movements, and other times of upheaval. Zinn’s clear, concise narrative, however, delivers itself as one from the view of the people—the individuals of whom America is built by and on.