A New Detroit on the Move Part 1

Could Mass Transit in Detroit Finally be Headed in the Right Direction? 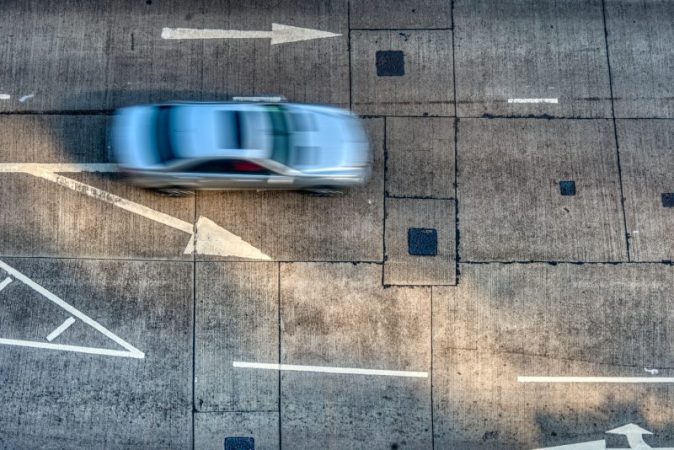 Talk of the transformation of Detroit into a thriving epicenter, driving the future of new mobility, has been gaining attention. And with good reason. Given the city’s legacy as the birthplace of the automobile industry, it only makes sense that Detroit would be at the forefront of the next big revolution in transportation. As part of a new ongoing series, A New Detroit on the Move, we continue to take a deeper look at transportation and mobility in the city and Southeastern Michigan, in hopes of deepening the discussion.

The woes of public transportation in Detroit have been an issue for decades, leaving a lingering cloud of uncertainty as to whether the city is truly capable of having a world class mass transit system.

From inadequate routes to routinely late arrivals, the seemingly simple act of relying on the public bus system in Detroit has proven to be a challenge, as any longtime rider will likely tell you. But after years of being beleaguered by a litany of economic and political issues, it seems that Detroit’s troubled public bus system might finally be finding its footing, with a few notable improvements.

Sure, when compared to some of the strides being made with public buses in other metropolises like Chicago, which recently added a new electric fleet that can actually help power the city’s energy grid, Detroit’s mass mobility movement seems a bit late to the party. But given that public buses are still the primary mode of mass transit In Detroit, with roughly 100,000 riders a day, news of any major upgrade to the system is a much-welcomed step in the right direction. 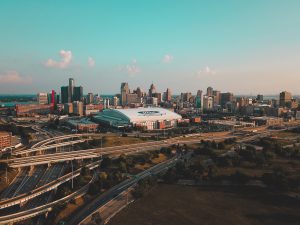 The most touted improvement is the recent announcement of the new DDOT (Detroit Department of Transportation) ConnectTen service, which adds 500 trips a week on ten routes across Detroit, with a pickup frequency of 15 minutes during peak hours. The ConnectTen buses, which service about 60 percent of all DDOT riders, have also been renumbered, an obvious step, one through ten to make it easy for riders to identify and recognize the buses. Other improvements include 24/7 service on a total of 12 routes with 24-hour service city wide, with free Wi-Fi on all ConnectTen buses.

DDOT is also expanding a pilot project with Lyft, along the city’s ConnectTen routes, which allows customers to receive a $7 Lyft credit for rides to or from any ConnectTen route outside of the downtown area, during certain hours of the week.

Pushing for even more improvements, the city has also been working to create a more simplified, flexible bus fare structure, and a new partnership with SMART (Suburban Mobility Authority for Regional Transportation), the regional public bus system. The potential changes include eliminating all transfer fares, including additional transfer fares between DDOT and SMART, with the goal of providing a more seamless transfer between the two transit systems; reducing the number of passes from more than 25 to six; more flexible pass options; and adding a mobile fare payment app and additional retail location for tickets.

Alice Shelton, who commutes by bus to work from her home in the East Outer Drive area, says she has noticed significant improvements in Detroit’s public transit system over the past couple of years.

Shelton is one of hundreds of daily bus riders now taking advantage of the SMART FAST bus service available to users, which launched in January, with lesser stops on routes. “I walk to the Gratiot stop,” explains Shelton. “I could catch the Plymouth DDOT bus, but I prefer the exercise. It’s a 15-minute ride, total. That’s my travel time. It’s excellent.”

Francetta Turner, who rides two DDOT buses (Dexter and Jefferson) to get to her job downtown, echoed many of Shelton’s sentiments about the improvements.

“They still need to clean the buses more, especially the Jefferson bus. But…I don’t have to wait as long as I used to. I can look the schedules up online to see when the bus is going to be there, and usually it’s there,” says Turner.

“There definitely have been some very good improvements over the past two years…and when you look at where DDOT and public transit was in 2012. Literally, half of the buses weren’t showing up when they were supposed to.

The question remains: is it enough? And what’s being done to ensure that basic public transportation needs don’t get lost in all the focus on creating a future Detroit that’s a burgeoning epicenter of new-gen mobility ideas? After all, the true measure of a city is how well it services the basic needs of its existing residents, not simply creating some alluring concepts aimed at attracting new people to the area.

“Things like having Wi-fi are a plus. But more important to riders, is if there is a bus going to where I need to go; is it here when I need it to be; (and) if I miss it, how long do I have to wait,” notes Owens.

It’s an idea that city officials seem to have a firm grasp of, based on a conversation I had early last year with Mark de la Vergne, Detroit’s chief of mobility innovation. “Getting from A to B is one of the basic functions of life. And as we grow as a city, both for people that have been here for 50 years as well as potential new residents, both have that same need of getting where they need to go and doing it in a way that’s safe, fast and affordable. And that’s what we are striving to do,” said de la Vergne.

The city has been working with a number of business partners to improve mobility in Detroit, spanning from bike-sharing initiatives to more comprehensive strategies with companies like Ford. Still, the cornerstone of an efficient urban mobility strategy is a solid public transit system. According to a 2016 study by the group, Shared-Use Mobility Center, approximately 57 percent of shared mobility users surveyed in seven cities, said that a public bus or train was the single shared mode of transportation they use most. Though, in Metro Detroit, that idea of shared mass mobility has always tended to be limited to public buses, an issue that the city has still yet to fully address.

THE LOOK OF THINGS

Detroit’s public transit system also suffers from an image problem, namely that it’s still considered as the absolute last mobility option for a lot of residents. As one Detroiter put it, “in Chicago you drive a car and take the bus. In Detroit, you take the bus because you don’t have car.”

It’s an issue that speaks to a need for more aggressive campaigns aimed at changing the perception of public transit in Detroit, as the city continues to work to improve the system. For example, Metro Atlanta has completely rebranded its public transit system, ditching its longstanding MARTA (Metropolitan Atlanta Rapid Transit Authority) tag for the name, “The ATL,” hoping that it’ll help garner more regional support for public transit in the area.

Since Los Angeles rebranded its mass transit system, residents have voted twice to support transit expansion, according to reports. But as any transportation expert will tell you, crafting a new image for a public transit system needs to be coupled with notable enhancements as well. Could DDOT’s ConnectTen help reshape the public perception of mass transit in Detroit? Only time will tell, but it certainly seems like a good starting point for a system that has been in dire need of an image overhaul.

The QLine, Detroit’s light-rail system launched in 2017, offers some degree of mass transit along the city’s historic major thoroughfare, Woodward Ave. But the general consensus is that the limited 3.3-mile distance of the straight-line streetcar doesn’t really deliver in the way of true mass transit, which might explain why the QLine reportedly fell 500,000 people short of its 2018 ridership goal.

The limitations of Detroit’s mass transit offerings have long been a point of contention with the Detroit People Mover, the city’s 2.9-mile automated system, which loops above Detroit’s central downtown business district, with 13 station stops. The fixed light rail system, which is operated by the Detroit Transportation Corporation, typically sees its largest ridership when there are major events downtown, but it typically averages 4,500 riders a day.

The Detroit People Mover team, however, has been working with local officials and area businesses to appeal to tourists and the growing influx of new residents moving downtown. But as is the case with most urban areas, the biggest hurdle to improving any mass transit system lies in finding and securing the funding to support the plans. Afterall, it’s challenging enough simply to maintain a public transit system relying solely on the revenue generated from the 75 cents it cost to ride the Detroit People Mover or the $1.50 fare to ride one-way on a DDOT bus.

“It’s been a recurring issue,” says Jean-Paul Rodrique, a professor at New York’s Hofstra University, who has studied urban transportation issues for 20 years. “Twenty-five years ago, people were having the same discussion. ‘If you want (better) public transit, how are you willing to subsidize it, because it’s never going to be in the (black),’ The only really successful public transit systems are in really high-density areas.”

The inherent funding challenges tied to public transit are compiled by a host of other issues in Detroit, a city already strapped for cash and still unable to put a more resourceful regional transportation plan in place. “Southeast Michigan spends about 1/3 of what other major regions spend on public transit,” says Owens. “The single biggest issue (in Detroit) is funding.”

Efforts to secure those much-needed resources are going to require some more creative solutions, moving forward, says Owens. “We didn’t’ get into this problem in a day, it’s going to take a moment to solve it.” And yet, the influx of all these new corporations looking to do business in Detroit also opens the door to a growing number of funding opportunities for public transit as well. Not to mention all the breadth of great star talent from Detroit that could be used to create a global campaign to help promote the city’s mass transportation improvements. 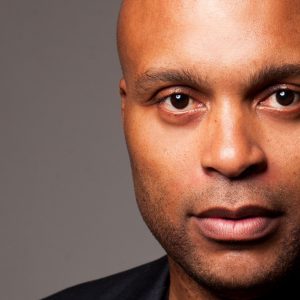 Marcus Amick is a journalist and documentarian with a career spanning nearly 20 years. As a writer, Marcus has penned works for a number of national publications, including Digital Trends, Men’s Journal, The Verge, Automotive News, and Playboy magazine, with a focus on topics spanning from transportation to the arts. Marcus is currently involved in a number of research projects, including one exploring community murals and graffiti, another looking at the intersection of mobility and culture, and a third centered on the history of sports and community activism. Marcus began his career in journalism as a reporter for the Michigan Chronicle, where he gained recognition for his in-depth coverage on Michigan’s juvenile justice system, Detroit’s political landscape and the auto industry.