A Freeway Project with Inclusion and Equity at it’s Core 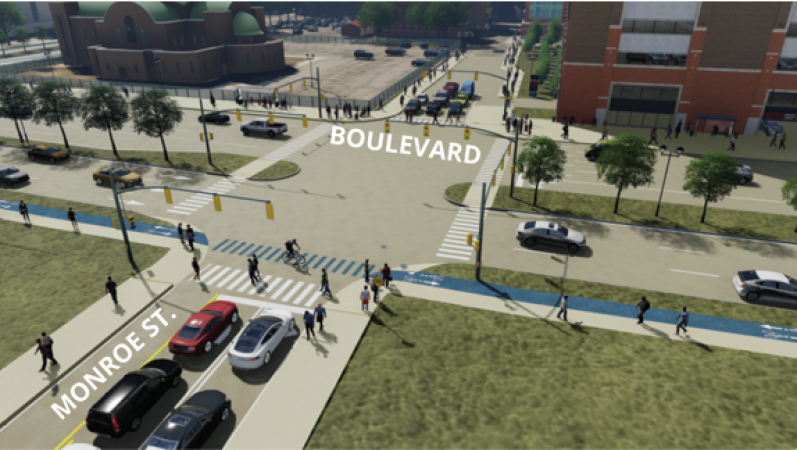 I-375 is absurdly small as far as freeways go, but it has had a monumental impact on Detroit for over 70 years.

Developed in the late 50s and early 60s in the name of ‘urban renewal,’ the stretch of pavement effectively demolished a thriving neighborhood – Black Bottom – and the Paradise Valley entertainment district, displacing 130,000 people, hundreds of small businesses, churches, and more.

“These were families and independent business owners, many of whom planned to hand down their establishments to the next generation. So not only were their homes and careers ruined, their opportunity to grow wealth were as well,” said Michigan Department Of Transportation (MDOT) Director Paul C. Ajegba, P.E..

Now, the freeway that has divided the city for so many years is decaying and crumbling – which is a perfect metaphor for the social injustice it represents.

As an answer to that, the City of Detroit and MDOT will rip out this one-mile-long wrongdoing and work to build a more just future.

With major funding from the President’s Bipartisan Infrastructure Law, construction will begin in 2025 to replace I-375 with an urban boulevard with the vision of spurring economic development, honoring the past and connecting communities. 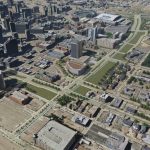 And when it comes to community, local stakeholders, business owners and residents are taking a front seat at the table.

“Above all, this project is about inclusion and equity and we are working hand in hand with the community every step of the way,” said Ajegba.

To that end a Local Advisory Committee has been assembled, consisting of residents, business owners, and stakeholders to speak on behalf of the community and take part the decision-making processes.

In terms of connectivity, the development will unlock and facilitate more efficient movement of people and vehicles around the area.

The way downtown connects to neighborhoods – both east and west, as well as north and south – will be drastically improved, and some elements of the former street grid will be redesigned back into the road network, where possible. Ultimately it will be a much more useful corridor in terms of moving people around, connecting neighborhoods, offering walkable options and opening real estate for potential development.

Both pedestrians and vehicles will be taken into consideration in the new design. The new infrastructure will include a bike lane and wide sidewalks spanning to the Riverwalk and providing connection to Brush Park, Eastern Market, and neighborhoods to the North.

“We’ll be constructing gravity-fed pipes to take the load off of the current system which consists of two old pump stations and outlets into the Detroit Water and Sewage Department system that cannot handle the 100-year storms we continue to have,” Loree said. “Treating the storm water and draining directly into the river will help mitigate the overflow and flooding on the freeway and in nearby homes.” 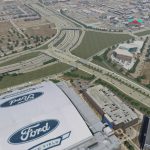 Another way the project will help pay it forward is by creating jobs.

Says Ajegba, “We are looking now at all different ways to offer workforce development opportunities and give work to minority contractors. That is an important mission for us.”

Adds Loree, “We will leverage the project and the outcomes toward workforce development, providing more opportunities to disadvantaged businesses, entrepreneurs and small business enterprises and more.”

Honoring the past is also an integral part of the project, design and aesthetics. The project will hire a Historian to assist here.

Recognizing and honoring what took place here will be built into the aesthetics of the whole corridor. You will see this reflected in the project overall.

There is already a historical marker at the site.

Summing up what the project means to him, and for the city, Ajegba says, “We need to bring equity into our transportation infrastructure. We cannot erase the mistakes of the past but what we can do is make sure we look through this lens and operate accordingly going forward. My greatest hope for this project when it’s complete is that the feeling of inclusion and equity resonate because that is the entire impetus behind this.”