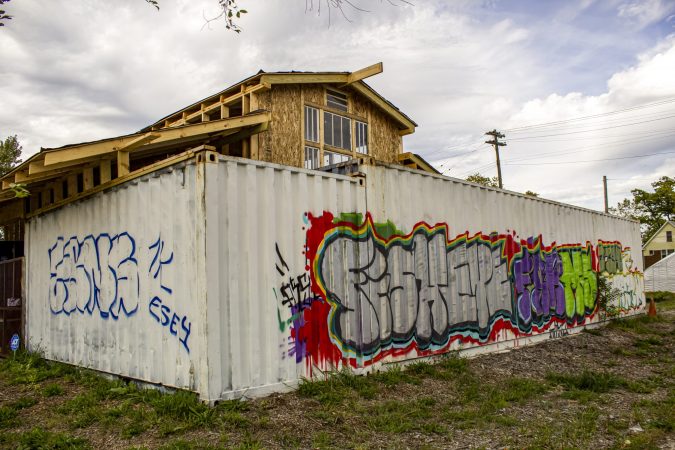 Before COVID-19, urban farming was one way in which some of Detroit’s local bars and restaurants received their fresh goods. Now though, as many have been forced to temporarily close, or scale back service, some farms that supplied these outlets have found themselves in a challenging situation.

While there are services such as Michigan Fields that encompass larger growing companies like Michigan Farm to Freezer, some of the smaller Detroit urban farms have found themselves without much of a market to operate with anymore. By adapting to overcome, many are using their existing surplus, and organizational structure to support their communities.
Speaking with some of the growers in Detroit’s urban farming community, the game is no longer exclusive to growing and selling produce, it’s now preparing food boxes, and branching out into new services to help those most vulnerable in the community.

HOW COVID-19 CHANGED THE SITUATION FOR URBAN FARMING

When the crisis began in March, the normalcy of everything was upended. Amid the shutdown of bars and restaurants, as well as the implementation of stay-at-home orders and social distancing measures, the simple task of purchasing produce from a local farm became more complicated.

Fisheye Farms in Detroit mainly used to sell to local restaurants and some farmers’ markets as a for-profit business, but, with the onset of the Pandemic in March, they began to shift toward selling more to the general public. Initially setting up a farm stand, Fisheye first utilized Cash App and Venmo for informal purchases but eventually moved all operations to their website.

“Since the restaurants were closed, but we still had produce to sell, we started doing our farm stand. At first, it was very informal, and we just put it out there on our social media, but the turn out was really great. We sold out in 2 hours our first farm stand. But we felt nervous about the crowd it created and not knowing how much produce we needed, so we were able to get our online store running and sell there,” shared Andrew Chae of Fisheye Farms. “In April, we decided that restaurants were not going to be as much income as we needed, so we decided to do a 75 member CSA [Community Supported Agriculture]. We put the CSA up for sale on our website around April 22nd and we are now sold out.”

“We are still selling a little bit to restaurants that are doing carryout and grocery items, but it is not nearly the volume we usually sell,” added Chae.

While CSA’s are sold out, Chae expressed that those interested should keep up with their social media pages to see when the next round becomes available. He also added that at the moment, the best thing many people can do right now is to support the many struggling Detroit restaurants.

Another farm, Oakland Avenue Urban Farm, a program of North End Christian Community Development Corporation, is an urban farming system focused on supporting its community by cultivating healthy foods and promoting the formation of a sustainable economy. Initially also selling grown goods to restaurants, and operating their own farmers market, Oakland Avenue has now turned all of its attention to providing food assistance for those in need.

Through working alongside local chefs and restaurants, they have been able to start an emergency food hub. 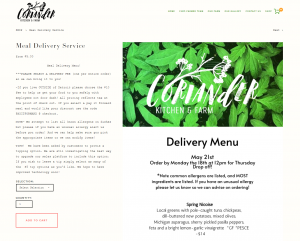 “We have become primarily and emergency food hub,” shared Jerry Hebron of Oakland Avenue. “We did that pivot in March after the shutdown. The schools were closed, the restaurants were closed, chefs weren’t working, but they had a large amount of supply in their facilities that were perishable. Rather than see that go to waste, restaurants and chefs started distributing the food out into the community to food banks and people who were feeding folks in the community. We happened to be one of those organizations that were still working because we never stopped working. We knew that we always knew that we were essential.”

“It happened that we became a good partner with a chef, and they were able to resource the food that they had and that we, we’re still receiving to us, and then we were able to get it out into the community. So on the average weekly, we were able to feed about 200 and between 250 and 300 families a week,” continued Hebron.

At the moment, the food assistance program is the primary undertaking of Oakland Avenue Farms, and they have diverted much of their growing efforts to delivering food boxes throughout the community.

Coriander Kitchen and Farm, which has been in operation since 2015 and primarily sold to restaurants in the city while offering limited selling over social media, has focused on food delivery, while also promoting individual growers through the sale of transplants. Gwen Meyer and her co-founder Alison Heeres also had plans to expand the catering business side also offered through Coriander Kitchen and Farm, but the present crisis has put a hold on those plans.

While still supplying a limited stock to restaurants such as Marrow, Shewolf, and Sister Pie, Gwen Meyer shared one way of how they are utilizing some of their urban farming stock.

“As our catering side was postponing or canceling all of our events for the season, we began to operate a delivery service where we prepare food that you can you order, like four days ahead of time, and we have one day a week we prepare the food and, and deliver it,” she stated. “So, the food that I’m growing is going into that distribution.”

The delivery service provided by Coriander can be found on their website and is available once a week. While only weekly, the service does allow for delivery to customers’ homes.

THE FUTURE OUTLOOK FOR URBAN FARMING FROM GROWERS

COVID-19 has changed the outlook for just about every industry, but the outlook of growers in the urban farming community is still bright. Some are hopeful that in the coming months there will be more of a demand for locally grown and sourced produce, while others recognize the environmental impact that comes with the move to sourcing local.

Andy Chae of Fisheye Farms believes that the crisis has helped people take a step back by having more consider where they purchase their food, sharing, “While I can’t say the crisis has been good for anyone in any way, I do think it’s allowed a lot of people to take a step back and think about where their food is coming from. The demand we saw for produce starting in March and the success of our CSA sales really illustrates that.”

“I think it [the future] looks great actually. I think people want local produce for a few reasons: it’s safer because it’s handled by way fewer people, it makes your home cooking so much tastier, and we need nutrient-dense produce to stay healthy. Other farmers in the city have seen a huge surge in interest for their produce as well, so hopefully, this does shift a lot of people to support local farms even if we see an improvement in the COVID crisis,” he added.

At Oakland Avenue, Jerry Hebron shared the importance of building local relationships with those in need of food assistance, and in knowing who sells your food, stating, “What we at Oakland Ave are doing is positioning ourselves to be more of this food hub. This aggregator where smaller growers could bring their crops. And we can then get that out to the community through sales. One thing that we do know that yes, there is a disruption in the food supply, but we always know that locally grown fruits and vegetables have a higher nutritional value, and it’s just a matter of building those relationships with people who live in the community to say we’re here, you know, you can depend on us we’re your local farmer.”
At Coriander, Gwen Meyer shared, “You can have a lot more fun in experiencing varieties of fruits and vegetables when they are fresh and available locally versus flying them in from Chile. You may not have them year-round but they will taste so much better because they are just harvested.”
While where the future goes in the coming months is a question with no concrete answers, urban farming, and local production will be aspects to keep an eye on.
Comments