The Story of Remembering Detroit’s Image of Itself 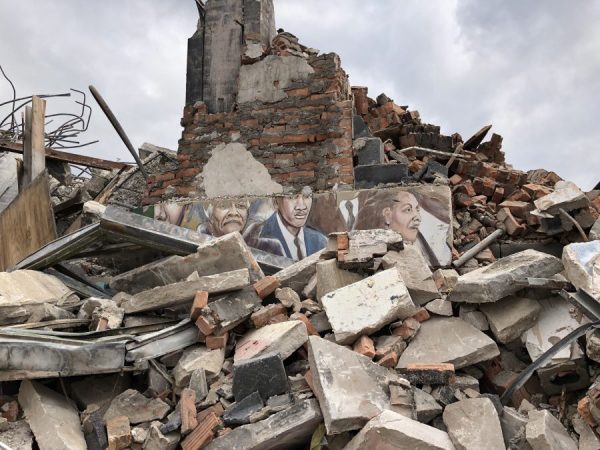 Nolan Simon is mourning a loss. Of his favorite mural.

“African Amalgamation of Ubiquity” was painted on the side of 9980 Gratiot Avenue by artist Curtis Lewis in 1985. It features depictions of Malcom X and MLK Jr, among other black icons. Some writings on the piece state it was destroyed in 2013. It was indeed damaged—but not destroyed.

The last time Nolan saw the mural a few months ago, large parts were missing, but the building it was painted on was still intact. 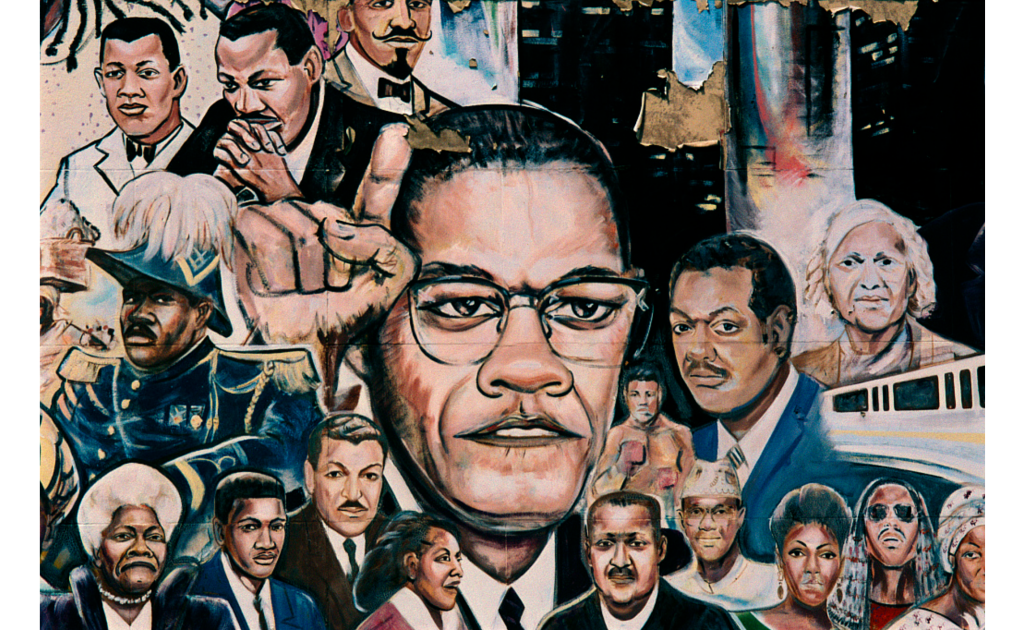 The topic arises as Nolan and I are leaving Eastern Market After Dark—a block party that has become one of Detroit Month of Design’s cornerstone events celebrating the city’s creativity, as evidenced by its many murals. These days, the Market is almost as well known for them as it is its produce.

Each year many passionate Detroiters put their time and energy into securing funds for these works, commissioned by local and international artists. And they’ve succeeded in their mission to add vibrancy to the city’s culture and put Detroit on the map as a place for creatives, side by side with cities like Austin and Los Angeles.

From the hype one might assume murals are a new concept. Not just in Detroit but across the country. 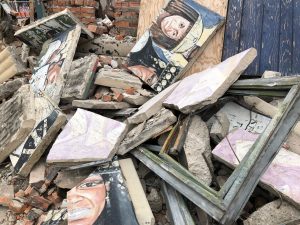 In L.A., my friend David laments the situation: “Considering the mural’s significance in Mexican culture, of depicting day-to-day life of its people, and the population of Los Angeles, it’s especially painful to witness this onslaught of dumb images like the giant butterfly/dragonfly nonsense donning the side of Whole Foods. Or Downtown’s overtly complex computer-generated image of a hand holding a baby.”

It’s been over thirty years since Lewis painted the side of 9980 Gratiot. Detroit was a much different place then and Eastern Market, a few miles down the road, was nowhere near the tourist destination it is today. “African Amalgamation of Ubiquity,” one imagines, was a piece that reflected the people in the neighborhood that housed it—created to inspire those who lived among it. 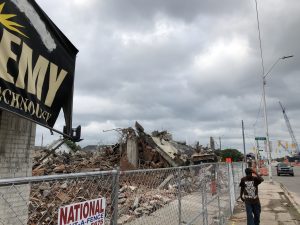 In Nolan’s words, “A black city making images of itself and its history. And now that corner is worth more as a new building than it was as a record of that history.”

Things change. Values shift. The building that contained “African Amalgamation of Ubiquity” has now been replaced by a hole in the ground. Whether or not the building should or shouldn’t have been destroyed is irrelevant. What we can—and must—do now is remember when we are looking to the future, pay respect to the past.

“African Amalgamation of Ubiquity” is part of Detroit’s rich mural legacy—and this piece is dedicated to its life, its passing, and, most of all, the people who gave breath to it.