The Detroit Public Theatre Move Means Not Only the Expansion of Audience and Productions, but a Way to Pay it Forward 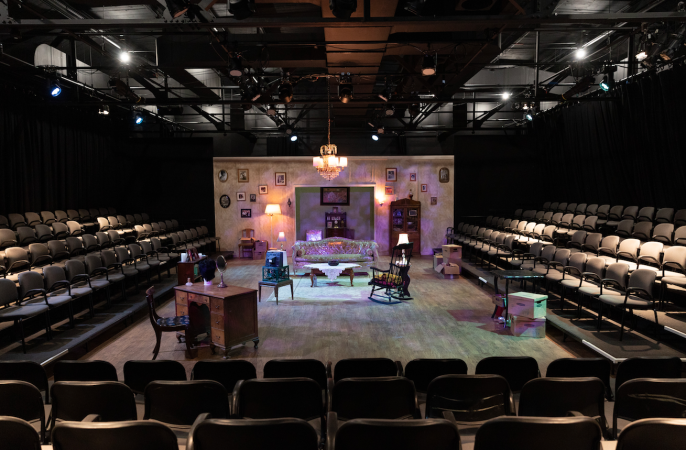 In 2015 Courtney Burkett, Sarah Clare Corporandy, and Sarah Winkler felt there was a hole in the cultural landscape of Detroit and that the city needed an institution to serve as a home for professional theatre that would employ both local and national artists. So, they created it.

The Detroit Public Theatre began producing out of the Max M. Fisher Music Center, home of the Detroit Symphony Orchestra in 2015, and in 2016 produced Detroit ’67, created by Dominique Morisseau, a multiple TONY Award winner and MacArthur Genius Award-winning writer of international acclaim, and also native Detroiter, who is now the theatre’s executive artistic producer.

“Dominique’s world-renowned work that’s been presented on Broadway and stages all over the world now – fittingly – has a home here in Detroit,” said Courtney.

Connecting locally and also with the national community is important for DPT and part of its overall mission, and it’s something Morisseau has helped to propel.

The DSO has acted as an incubator for DPT since its launch, allowing staff to learn. And that they have. So much so that they began to see a need for a new space built specifically for them just five years into their existence

Says Burkett, “Being given the opportunity to launch and grow at the DSO has been amazing. But the infrastructure wasn’t created for theatre productions and we simply needed more space – space built to support our productions.”

So, the staff and board launched a comprehensive campaign to raise $5 million in 2020.

To date, they’ve raised $3.6 million which enabled them to develop their new home at 3960 Third Street in Midtown and move in. The new Theatre space opened on September 21 with 7,000 square feet, 200 seats, and a staff of ten full-time employees. 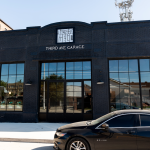 Building a new regional theatre house in a cultural center in just a handful of years amid a pandemic is – to say the least – impressive. About this, Burkett says, “It is bold goal-setting, an engaged and wonderful community, and strong Detroit artistic talent that got us here.”

The move not only means the theatre can expand and grow its productions and audience it also means it can pay it forward for up-and-coming talent.

“We are now in a position to not only reach more people with our work but to do for others what the DSO did for us,” says Burkett. “It allows us to invite the community in in new ways.”

In that vein, the DPT has started a residency program and will open their doors to other companies via subsidiary programs and rental usage.

When asked what DPT the Theatre means to Detroit, Burkett says,

Detroit has deserved a theatre like this for a long time. A space for the community to experience themselves reflected to them from onstage.

And that’s exactly what’s taking place now with Noura – a performance running now through December 18. The play – by internationally acclaimed, Michigan-born, Iraqi-American playwright Heather Raffo – examines a family who fled from their home in Iraq to New York City and is then forced to confront the cost of their choices and retrace a past they left behind.

“We brought Heather home and her play home and it’s been really exciting to invite a different audience in. We’ve had a lot of Chaldean Americans attend the performance and witness their story reflected back from our stage.” 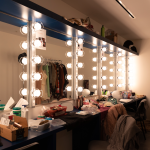 Burkett, who spent five years as the director of youth programs with Mosaic Youth Theatre of Detroit says that lifting young talent and keeping them in Detroit is another strong impetus behind the program. “A big piece of starting the DPT is about this. I watched great talent go on to work in other cities like New York and Chicago because they didn’t have a place to do their great work at home. Now they do.”

What does the future of the DPT look like? Burkett says, “Being part of the national theatre conversation, and also making people here aware that there is great theatre by and of and from Detroit, right here now.”