Ramen Hotspot Ima Expands Into the Suburbs. Is He Onto Something?

Chef and Owner Mike Ransom of the Neighborhood Noodle Spot 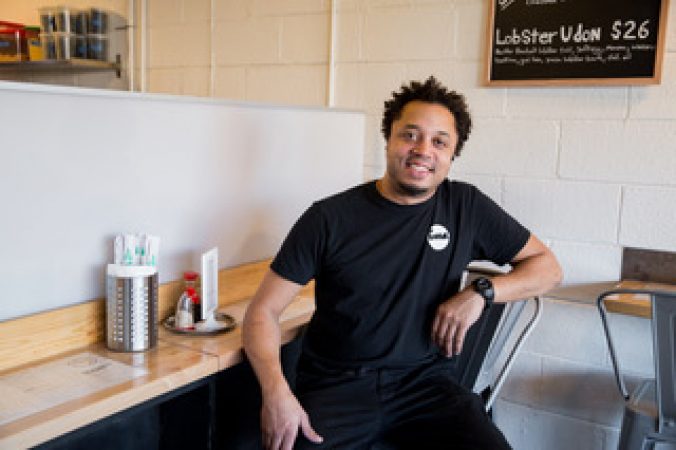 When in Detroit eat at Ima. Full transparency, I’m partner in the Thai inspired restaurant down the street, and, f**k I could eat papaya salad every day, Ima’s still my daily go-to—and Chef and Owner Mike Ransom is my not-at-all secret food crush. The golden curry defines comfort food. Ransom’s cooking is fresh and clean—yes, clean—like sourced from nutrient rich soil in places where people sing to livestock. It’s one of the few gems where neurotic health junkies like myself can joyfully dine with their carnivorous friends. Off-menu: order the broth. Any of them. Alone. It’s nourishing and rich. And the jicama tacos have a crunch that never gets old.

Ok, ok, ok. So in any other city this might not be news, but in Detroit it’s a soft revolution. Especially for vegetarians.

Mike once offered to give me a plant clipping from the restaurant—from a plant that grew from his father’s clipping. It’s that sort of place. Plants and people thrive in this auto garage turned hair salon turned kitchen that continues to evolve and grow. Unlike many restaurants that pop and fizzle, Ima started out humbly: it took a few months to hit its stride, but has consistently improved in the years since—the menu has expanded, a liquor license was acquired, picnic tables have been added in the parking lot that, itself, would eventually become a very not-ironic DIY covered patio.

Back to the revolutionary part. At a moment when entrepreneurs are rejoicing in the city’s seemingly overnight growth—rising rents and property values mean more customers, right?—Ransom is reaching into the suburbs. Ima’s next location will be in the nearby to Downtown Detroit suburb of Madison Heights, home of Southeast Michigan’s Asian food distributors and, anecdotally, his clientele base.

Detroit wrote the book on suburban flight, but this case feels different. Ransom’s not aiming to capture an audience that’s averse to the city. Rather, he’s seeking to be closer to existing customers who, in some cases, can no longer afford to live within Detroit proper. A casual conversation has us comparing rents with L.A. and San Francisco. Which sounds absurd—but have you tried renting or buying in Corktown or Downtown Detroit recently?

Could this be a thing? It’s something to think about, for sure.

We sat down with Mike to talk history, expansion, and, obviously, food.

Mike Ransom: My mom cooked with me at a young age. That’s where I gained my interest and curiosity.  I cooked for my younger siblings after school, and my first job at 15, was in a neighborhood restaurant. I cooked for 12 years before attending culinary school at Kendall in Chicago.  In those years prior to culinary school I was lucky to be mentored by some talented chefs who shared technique and discipline. Working with great chefs and their teams trained me to become a chef.

CVh: You left and returned to Michigan. Tell us about that. Why’d you leave? Why’d you return?

MR: I left because I was getting distracted with too much partying.  I wasn’t inspired and had cooked at most kitchens that I found inspiring.  I felt that getting out of my comfort zone would be good for me.  I thought culinary school would act as a reset to my career.  I planned on returning to Detroit to open a restaurant— I just didn’t think it would take 10 years.

CVh: What was the inspiration for Ima? Where’d you learn how to make udon noodles?

MR: My folks raised us on a plant-based diet and focused on a lot of Japanese ingredients.  It’s my comfort food.  My career was mostly fine dining French and new American cuisine, but I would always study, cook and eat Asian cuisine on my time.  Basing Ima’s menu on this style food felt like the natural progression.

CVh: At this point, can you imagine living in another city?

MR: I’ve lived in some amazing cities but still gravitated back to Detroit. At the end of the day, it was the people and I missed the vibe. I would rather visit other cities and have Detroit be my home base.  It’s not just about the city though—Michigan’s natural resources are very important to me. That’s what keeps me grounded. 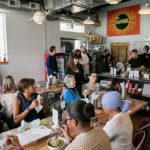 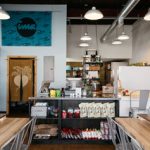 CVh: Dinner reservations anywhere on a Saturday night. Where?

MR: I usually don’t try to dine out on Saturdays, it’s too hectic.  If I do, I like to rotate through neighborhood spots. Selden, Mudgies, Gold Cash, Lady, Shewolf.  I like to see what other chefs doing.

CVh: Takeout food in your pajamas? From where?

CVh: Take us on a city adventure. Where are we going? What are we looking at?

MR: Get on our bikes (bicycles) and see where the day takes us, explore random neighborhoods, probably hit a couple bars and snacks on the way.

MR: Went to Grosse Isle a couple weeks ago, drove around the island, ate an Italian sub from Gonella’s, and hiked in the nature conservancy. Not technically the city—but an adventure!

CVh: Where’s the place for live music in this city?

CVh: Tell us something we don’t know. Anything.
MR: Mushroom DNA is closer to human than plant.

CVh: You just announced your second location. Why Madison Heights? Why the suburbs?
MR: I spend three to four days a week in Madison Heights shopping for Asian groceries and dining. It’s my favorite neighborhood to eat if I leave the city. It’s very familiar.

I want Ima to be more accessible to those beyond city limits. Not just a weekend spot. We will have more kitchen space to develop new recipes for both locations. Oh yeah, I was also sold on nearly unlimited parking!!

CVh: I’m not going to ask about the menu, but what’s exciting in the kitchen these days? An experiments or obsessions to relate to?

MR: Right now, we’re working on some new noodle soups and stews for fall. Some veggie-based starters. We’re about to roll out a new Patio Punch for the adults.

CVh: Anything you want to share that I didn’t ask?

MR: I have the best staff!  I’m not there as much with the new project and my team consistently provides great food and service. I’m extremely grateful.