Despite Some Setbacks Due to COVID-19, the Garden’s Progress is Progressing Smoothly 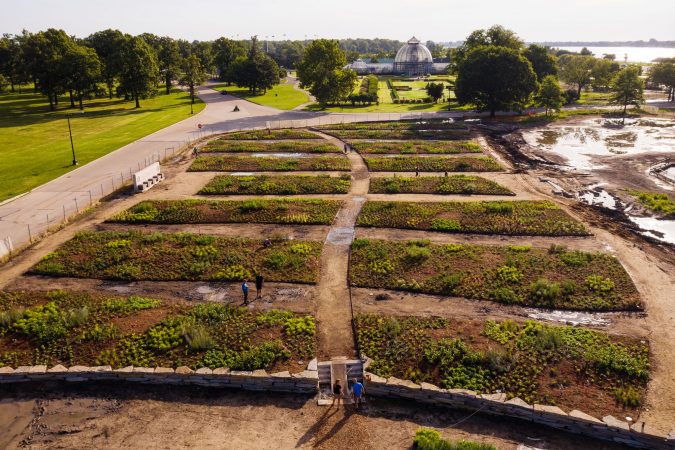 Detroit’s Belle Isle holds a special place among its residents, offering a greenspace quite unlike any other park in the city, moments away from the Downtown core. Belle Isle has not been left out of the new development projects happening all along the Detroit River and a seminole one being the elegantly designed Oudolf Garden, put’s the region on the map alongside cities such as New York City, Chicago, and Toronto.

The product of Dutch designer Piet Oudolf, the garden will see the land near the famous Anna Scripps Whitcomb Conservatory turned into a living art piece that alludes rhyme and reason with the seasons. Detroitisit last spoke with Oudolf in 2018 before the project broke ground and since then, a team of volunteers called the Oudolf Garden Detroit has been diligently working to plan and plant the garden.

The process of developing the garden on Belle Isle goes back to the Garden Club of Michigan, who had been looking to work on a project on the island. 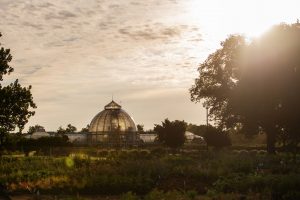 “The way we got to Piet was actually through the Garden Club of Michigan, who had wanted to bring a project that would be worthwhile and substantive to Belle Isle. When we were envisioning what sort of projects we could do, the idea of a garden by someone Piet’s caliber really took our imagination over,” shared Maura Campbel of Oudolf Garden Detroit.

Given that Belle Isle is a city-owned park that operates as a state park, the team looking to bring Oudolf to Detroit had some hoops to jump through. For the project to move forward, Oudolf Garden Detroit would need to front the economic cost of development, an endeavor that has lead to over $4.2 million being raised for the project.

“We decided that if you were gonna have the world’s best basically come to Detroit and they were interested in potentially doing a  garden, then we would need to show them all of Detroit, not just Belle Isle,” Campbel continued. “So we did a really comprehensive tour, the Dequindre Cut, different parts of Detroit along the riverfront and of course Belle Isle. He is the one who picked the site of this garden, and because he has done gardens all over the world, he has a feel for what the best sites are.”

“When he [Piet Oudolf] saw this grass space in the middle of what we call the heart of the cultural district of Belle Isle, he’s the one who had us stop the car, and he said, here’s where my garden should go.  He says I build gardens to bring people in; I don’t build gardens to keep people out. And, he thought that this was a natural spot that not only needed something to draw people in, but it would augment and enhance the areas surrounding it,” she continued.

Following his visit to Detroit and the fundraising push, efforts began to construct and plant the Detroit’s own Oudolf Garden.

THE STATUS OF THE OUDOLF GARDEN 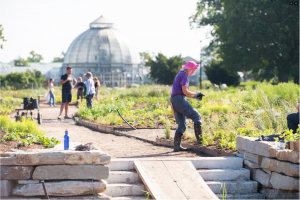 While COVID-19 did impact the original planting schedule, the team was able to start construction work back up in May, with planting beginning with the arrival of new plant shipments in late August. At the time of writing, Oudolf Garden Detroit stated that planting was about 85 percent finished and that the month of September would see some further construction on the site.

After the initial planting phase, a rain garden will be installed onto the site to harness and utilize stormwater on the island and if weather permits, bulbs will be planted to automate the planting process going into the next year. After these phases, the garden will be set for an opening sometime in the Summer of 2021, following the completion of the Belle Isle Grand Prix.

With concept art that features rows of plants bursting with colors, the upcoming Oudolf Garden will not only provide onlookers with a beautiful sight, but it will also create a thriving new ecosystem for native plants and animals. More information about Oudolf Garden Detroit and the status of their project can be found on their website, which features drone footage and photos documenting the planting process.