Animal Welfare at the Detroit Zoo

With Over 2,000 Animals and 233 Species, How Does the Zoo Staff Ensure the Welfare of Each One? 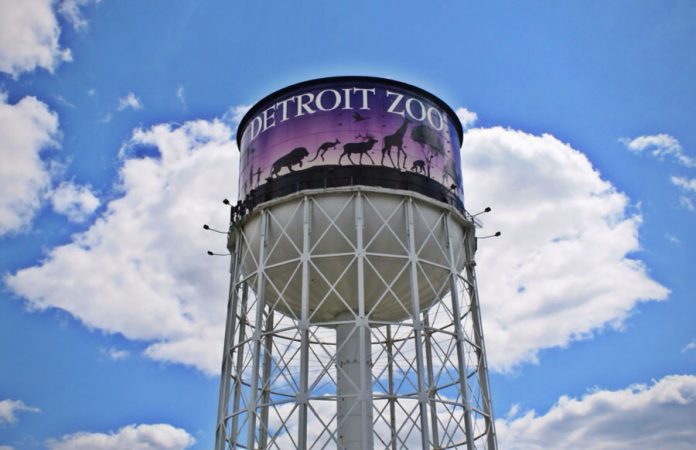 The Detroit Zoo is home to more than 2,000 animals representing 233 species of amphibians, mammals, birds and reptiles.

Accredited by the Association of Zoos & Aquariums, the Zoo features many award-winning habitats, including the Wildlife Interpretive Gallery, National Amphibian Conservation Center, Great Apes of Harambee, and Arctic Ring of Life, which was named the second best zoo exhibit in the U.S. by the Intrepid Traveler’s guide to “America’s Best Zoos.”

The Zoo is operated by the Detroit Zoological Society (DZS), a nonprofit organization that also runs the Belle Isle Nature Center.

For 28 years, Ron Kagan acted as the director and CEO of the DZS. Having recently retired in January 2021, Kagan is widely known in the world of zoos and as a pioneer in how zoos can play a key role in animal welfare.

But he may be best known for his controversial decision in 2004 to discontinue keeping elephants in captivity. Kagan insisted that confining them to just a few outdoor acres in summers, and then making them stand on concrete floors in cramped buildings during the winter, constituted cruelty. So he had the two aged giants, Winky and Wanda, moved to California, where they lived out their lives roaming a large sanctuary with other pachyderms.

At the time, the American Association of Zoos and Aquariums (AZA) tried to block the resettlement and many thought the Zoo would suffer in terms of traffic and continued support. 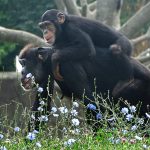 What ensued was quite the opposite. People understood and advocated for the decision, and visitation increased dramatically.

The institution also assists with the rescue of exotic animals from private owners, pseudo-sanctuaries, roadside zoos, and circuses. Among its rescues are more than 1,000 exotic animals confiscated from an animal wholesaler in Texas, a polar bear rescued from a circus in Puerto Rico, a lioness used to guard a crack house, and retired racehorses.

All of this adds up to a very remarkable place right in Detroit’s backyard.

Q: With more than 2,000 animals, how do you ensure the ethical treatment of each one?

Also, it’s important to keep in mind that animal care and animal welfare are not the same things. Welfare takes into account the animals’ holistic perspective… is it functioning to the best of its ability? is it thriving within its environment?

We have a dedicated staff of 60 animal keepers who are responsible for the animals’ daily care. Some animals have a primary keeper, meaning the same person looks after that animal daily. 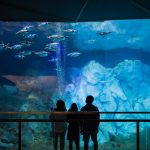 We also conduct a comprehensive animal welfare assessment at least once a year on every single living thing – from salamanders to polar bears.

We have a life sciences staff, a team of vets and vet techs, and a water quality team to ensure the aquatic facilities are well filtered, healthy, and functioning properly at all times.

All of this adds up to more than 100 individuals who are all focused on the care and evaluation of the animals.

And it does take everyone. We all collaborate, and all staff receives animal welfare training.

Q: Share with us how the Zoo came to be so highly recognized as a leader in animal welfare and how this translates to members and visitors?

A: The Zoo owes a lot to its leadership in this area.

From the top down and the bottom up, it is a point of pride that the Zoo has this focus. And our habitats are expansive. The animals live in complex and true-to-life spaces. 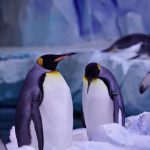 I think the decision to move the elephants in 2004 was a pivotal point and shifted the thinking on animal welfare here at the Detroit Zoo.

And now we have Dr. Murphy on board as the director and CEO and who is also the director emeritus of the Great Ape Heart Project, a shining example of collaboration among facilities in understanding heart disease in our endangered great apes. This effort – now based out of Detroit – is an amazing new chapter for the Detroit Zoo.

Q: In 2009, the Detroit Zoo was involved in one of the largest animal rescue efforts, helping to confiscate 26,000 animals from an exotic animal dealer in Texas. Does the Zoo put a lot of emphasis on animal rescue?

We have quite a few rescued animals on the grounds. The most recent of which are sea otters Ollie and Monte. Found stranded on a beach in Santa Cruz at different times, both otters were determined to be non-releasable by the U.S. Fish and Wildlife Service, so they now live in the Arctic Ring of Life.

The Texas rescue was massive, and we still have reptiles and amphibians from that rescue living here in the Zoo.

There are also several rescues and rehabilitations that Zoo visitors never see. We often work behind the scenes as a halfway house of sorts for rescued animals as we find the most fitting facilities for them to live. 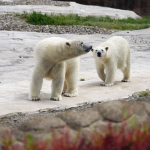 POLAR BEARS IN THEIR HABITAT

Q: What impact do the visitors have on animal welfare?

Welfare is about individual animals’ perspective. What life is like for that animal.

Visitors must understand that this is the animals’ home, and we are guests. We do a lot of work to facilitate this message.

We are currently working on a study within the Holden Reptile Conservation Center regarding just this. In this area, lots of visitors tap on the glass of the reptiles’ homes to get their attention and to get them to move. It may seem like a small thing but imagine if this was happening in your home 25 times a day. 50 times a day. We are seeing that the reptiles are retreating out of view – possibly due to the disturbance – and we are working to mitigate the urge amongst our guests.

It’s so important to be thoughtful toward the animals as they are living things, with needs and personalities and traits. It’s amazing how much personality a turtle can show!