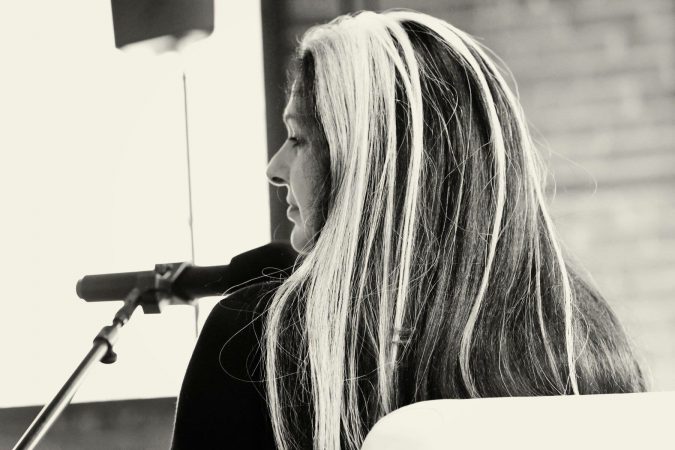 “I was at WDET from 1983-1995. That’s where I learned radio, and I learned to be a broadcaster, and I learned as much as I could learn. I started out as a music librarian at this teeny, tiny desk, in the way back of this room, that was filled with record albums, and a turntable. That’s all that was there. It was great.”

When a person who has devoted their life to making playlists, makes you one, it’s special. Since studying music at Wayne State University, Delisi has been an active participant in Detroit’s rich music and cultural scene. Her love of records—”I’ve been around when there was only vinyl”—may rival everyone at Third Man Records, including our favorite producer, Chris Koltay—her passion and knowledge of music in general and Detroit artists specifically makes her, hands down, one of the city’s greatest assets. Each week she taps into the zeitgeist to shares songs and stories from the people inspiring us on her Detroit Public Radio show, Ann Delisi’s Essential Music. Audiences outside of Detroit can tune into the podcast.

Detroitisit: The last album you purchased?

DII: The last album you listened to in its entirety?

AD: The War & Treaty’s upcoming August release titled “Healing Tide” and My Brightest Diamond “A Million and One”

Since a lot of my listening is for work, I listen on my computer, but when I have a chance to listen for enjoyment, I like to use my turntable.

DII: One song that’s changed you?

AD: Jeff Buckley “Lover You Should Have Come Over”

AD: Aries/Taurus (born on the cusp)

DII: The characteristic you dislike the most?

AD: Wonder Woman has been my avatar for many years.