Ceramics School is Coming to Hamtramck 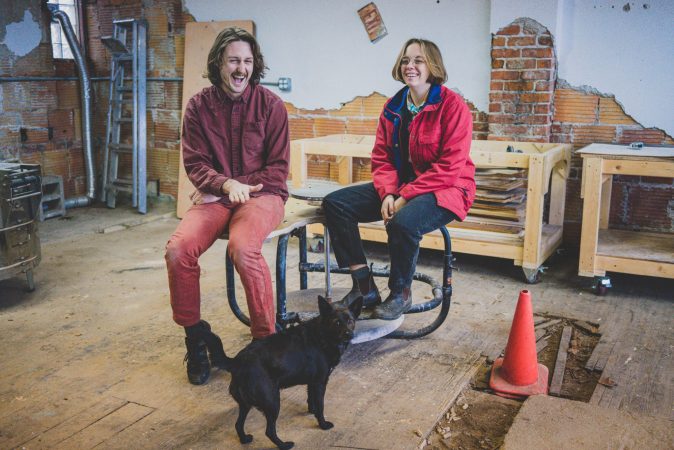 Henry Crissman and Virginia Torrence want to start a ceramics school in Hamtramck, Michigan. For those unfamiliar with these parts—welcome. Hamtramck is a tiny city surrounded by the larger city, Detroit.

Hamtramck is home to many different communities, including a large artist community and entities such as the sprawling art project that is Power House Productions, the Zimbabwe Cultural Center, Hamtramck Ceramck and Popps Packing.

Popps Packing plays a vital role in this story.

After Crissman lost his teaching position at Marygrove College (due to the entire undergraduate program closing), the good folks at Popps convinced artists Crissman and Torrence to seize the opportunity to launch the ceramic school of their dreams.

Despite the circumstances, the timing was perfect: Crissman was having a why-the-hell-not-I-might-as-well-follow-my-dreams moment, and their friends were offering them a storefront for temporary use.

And, so, with some tables and chairs, borrowed wheels, and some DIY commercials, Ceramics School was born. 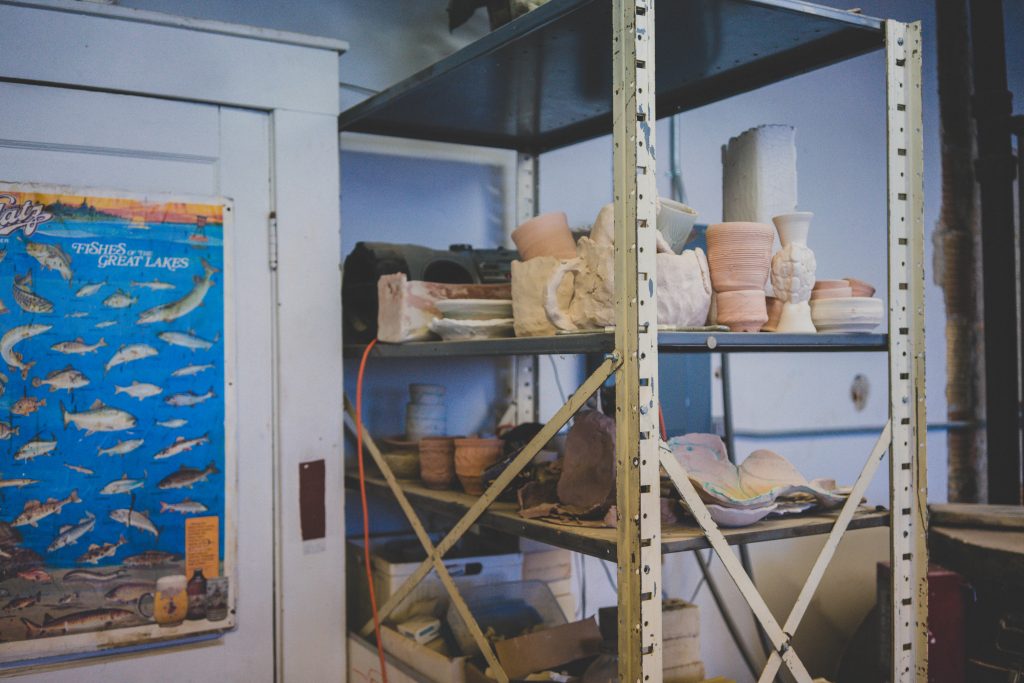 Ceramic School’s first ‘semester’ ran this summer, but CCS grads Crissman and Torrence had been dreaming about a community-run ceramics studio since their graduate studies in upstate New York.

Throughout our long conversation, one sentiment kept resurfacing: a desire to create a space for art outside the costly and prohibitive institution of art school: a place where anyone can drop in and make some art. Simple as that.

The most refreshing thing about Crissman and Torrence is their humility—perhaps, best described as straightforwardness. They’re neither anti-institution or out to save the world. They just really love art and sharing it with people.

That’s no doubt at least part of the reason Ceramic School’s test run was such a success, they offered a handful of classes from beginning to advanced, with enrollment to capacity. Students themselves ranged from the curious to career artists looking to incorporate ceramics into their practice.

Everyone made a lot of ceramics.

I had the opportunity to attend their student show this summer. Artwork took up every surface of the room—pots, dishes, assorted sculptural objects, no one ask me to be an arts writer…the rest of the room was filled with people who turned out for this celebratory kickoff: students, friends and family, fellow artists and random folks like me.

It was a glorious, if not mildly frustrating affair. None of the work was for sale. Some artists were willing to part with their pieces, but they were too attached to their creations to let them go.

I’ve never been to summer camp, but I imagine it captured some of those feels.

From my brief conversations, I got the feeling that students learned as much from each other as they did their experience—that they enjoyed the social bonding as much as they enjoyed the practice of making ceramics. 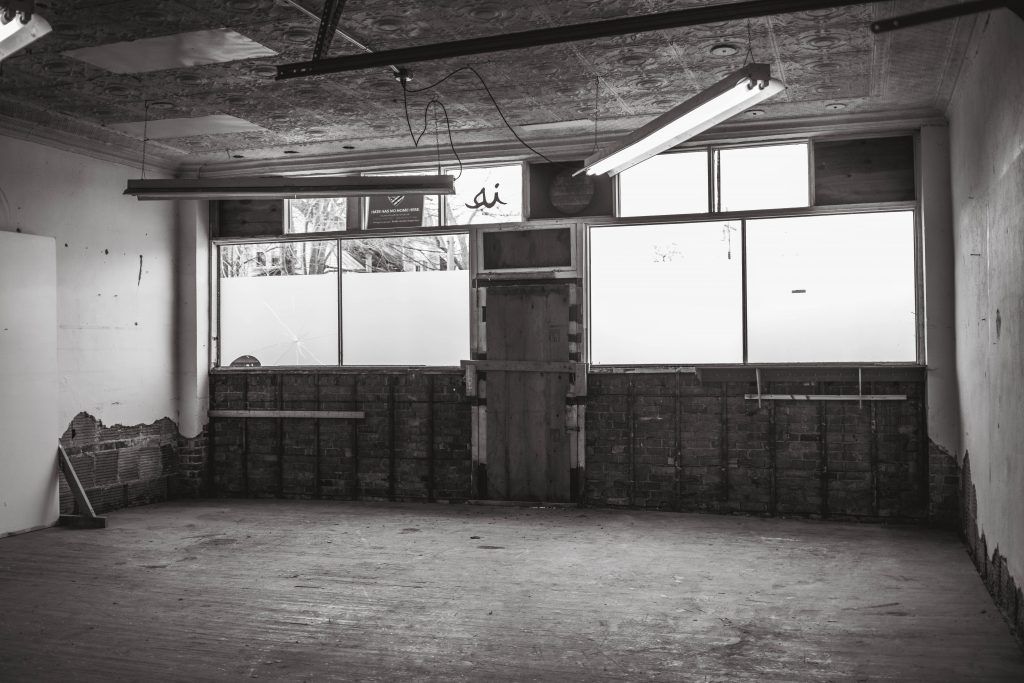 The experiment was a success! Students and those who missed their chance to enroll were now asking Crissman and Torrence about the next semester. The search was on for a permanent home.

It turns out they had one all along.

A few years ago, Crissman and Torrence purchased a home down the street from Popps, that happens to be attached to a storefront they were using, up until recently, as their personal studio.

They live on top with an apartment below and a portable kiln in the side lot. Yes, Crissman once traveled the country with his kiln!

Long story short: they spent the fall season finding a new studio, rezoning their property for commercial use, and calculating all the costs to build out Ceramics School.

Their vision is for a community-based ceramics school. One that offers a variety of classes and free guest lecturers, hosts suggested-donation drop-in kids classes, rents studio space to local artists, and is connected to an artist residency program where out-of-town artists live in the guest apartment. They will also offer need based scholarships.

That’s the abbreviated version. You can get the full story by watching the commercial they made for their Kickstarter! Yes, they are crowdfunding to make the dream a reality. And, yes, this post has been a ploy for your support.

By supporting their Kickstarter, you will be supporting a rad project while purchasing unique gifts like bumper stickers, Ceramics School t-shirts, sweatshirts, hats, ceramics by Henry, and private classes and parties! Plus, Virginia’s face in an actual pot. So good.