More Changes at the Museum of Contemporary Art Detroit 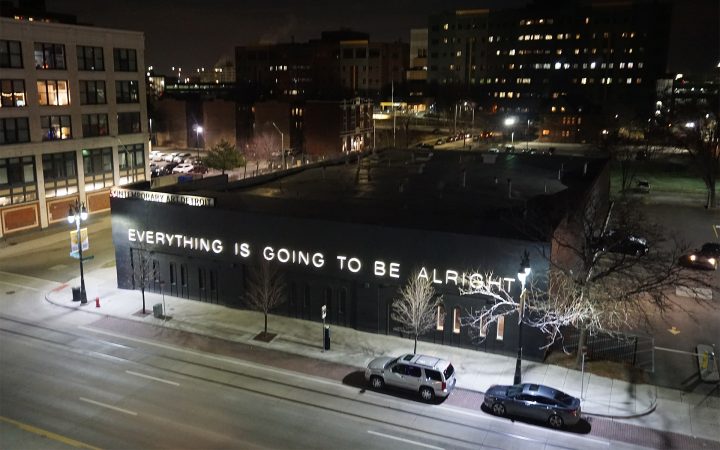 In Detroit’s art scene, the Museum of Contemporary Art Detroit continues to take steps in a vastly more positive and constructive direction, announcing the appointment of Jova Lynne as the new The Susanne Feld Hilberry Senior Curator following her leave in April, as well as the recent announcement of the museum’s commitment to working against the ongoing effects of settler colonialism.

The latest round of changes comes with the announcement of the rescheduled opening of New Red Order’s “Crimes Against Reality” exhibit.

New Red Order describes itself as a “public secret society dedicated to examining desires for indigeneity.” The collective is facilitated by core contributors Adam Khalil (Ojibway, from Sault Ste. Marie, Michigan), Zack Khalil (Ojibway, from Sault Ste. Marie, Michigan), and Jackson Polys (Tlingit, from Ketchikan, Alaska). Mocad had originally intended to host the exhibition in July but had to reschedule until the museum committed to supporting a few new changes.

The changes MOCAD agreed to included: 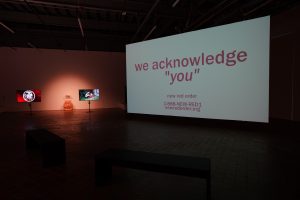 “The work of NRO and this exhibition has been instrumental in setting forth institutional change. MOCAD is grateful for NRO’s creativity, engagement and leadership in facilitating social change through artistic practice. As the museum’s administrative changes have highlighted areas of growth and set the groundwork for future transformation, the Board has undertaken a meaningful commitment to reshaping MOCAD in line with the needs expressed by the communities it aims to serve,” shared MOCAD in a press release put out about the reopening of the exhibition. “In addition to addressing New Red Order’s desire to see that the museum adopt a land acknowledgment practice, MOCAD has recommitted to supporting art-workers and artists and taken steps to increase diversity, equity and inclusion.”

New Red Order’s “Crimes Against Reality” comes as part of the museum’s ongoing Unboxing series that seeks to explore the crossroads of technology and contemporary art. The exhibit will span two rooms of the museum and aims to, “explore experimental media and emerging technologies through an Indigenous lens by way of interdisciplinary artistic collaboration.”

A TIME OF CHANGES FOR MUSEUMS

The rescheduling of New Red Order’s “Crimes Against Reality” puts into perspective the sense of change that is happening in museums not just in Detroit, but across the country. As shown with the resulting changes, MOCAD has emerged from the tense summer more committed to matters of justice and more prepared to work with its community to address sensitive matters such as decolonization.

Amid the tide of change, MOCAD also announced that the institution will make the following changes to operation and that they will be: 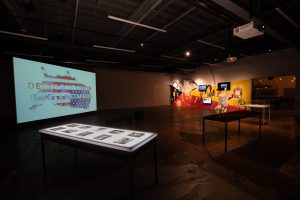 “We aim for a Land Acknowledgement practice and an accompanying list of committed actions to be announced and implemented at the opening of the museum’s Winter season. The museum has also earmarked a designated budget to support future programming aiming to amplify the voices of Indigenous Peoples,” the institution shared in a press release, addressing the new round of changes.

The “Crimes Against Reality” from New Red Order opened on October 1 and is a must-see for anyone interesting in learning more about the region’s indigenous community, as well as the idea of occupied land and the impact of settler colonialism. The exhibit is curated by Pat Elifritz, Curator of New Media and Technology, with curatorial support from Tizziana Baldenebro, a former MOCAD Curatorial Fellow.