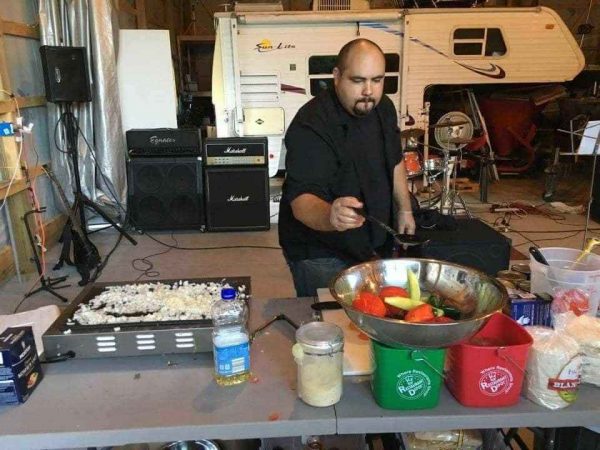 Esteban Castro of Esto’s Garage is opening a restaurant to extend the success of his food truck and pop-up gigs. But, Like many global citizens, his plans have been put on hold for the unforeseeable future.

The owner of Esto’s Garage has been building out his restaurant in the West Village neighborhood of Detroit since last March. Before last week, this was a busy pocket of town, home to some of Detroit’s most popular businesses: Marrow, Village Parlor, Sister Pie, Red Hook, and Detroit Vegan Soul—to name a few.

Long before COVID-19, Castro’s path to a brick and mortar had been a slow one, funded with catering gigs and his day job at Detroit Diesel, where he’s worked for 18 years.

He had plans to open this spring—but that’s “now out of the question.” With the entire hospitality industry receiving a massive blow overnight, the business he’s been building for years is now up in the air. Does it even make sense to open a restaurant when so many are now in danger of shuttering forever?

When we spoke on Monday, March 16, he was still working for the factory making engine parts. He’s since been laid off until further notice, and his words gain more power with each passing day. For some, staying at home isn’t an option—the people at the water department, the police department, grocery store employees and the people who fulfill your Amazon orders.

“There’s just certain things that people can’t leave—that they have to be there to do. Despite all the technology we have and the remote work and how great that is, there’s still so many things that you have to be there for like a nuclear power plant. In Monroe, the plant has to be backed up by humans. Oftentimes, these are two-man jobs—two or three,” Castro shared.

Like the rest of us, he has no idea how it’s going to play out. But perhaps more than most of us, Castro is suited for uncertainty and change. 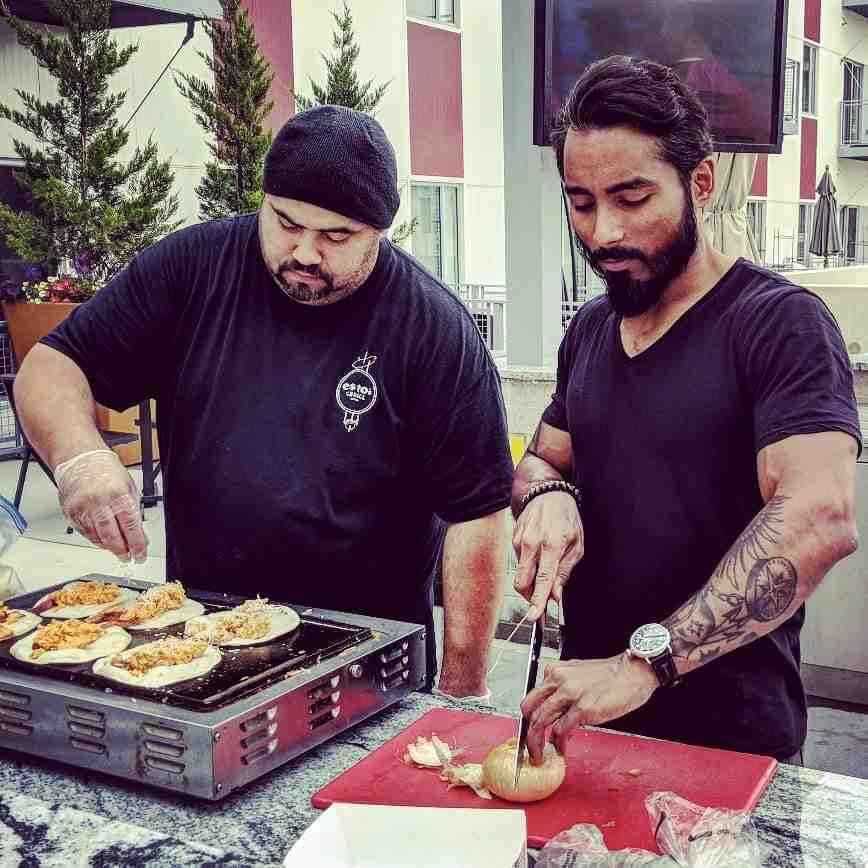 Castro is “half Mexican” from an absent father who departed when he was a year old. It was his mother, however, who taught him to cook Mexican food. She died before he turned ten, passing the torch of his tutelage onto “neighborhood moms and many friends,” who he “watched and probably annoyed.”

He got his first kitchen gig washing dishes at the Rattlesnake Club in 1997, while still in high school. It was a short-lived career that solidified his love of cooking and the restaurant industry.

“My experience lay dormant in my head until I was about 21 with my first decent job on the engine line. I finally had enough money to venture off ramen and get some real groceries. I started practicing in a tiny apartment kitchen on West Vernor because there was an enormous Magic Chef from the 50s stuffed in there. I only had two TV channels and one of them was Create (PBS cooking shows). I cut my teeth in all aspects of cooking and seasoning during my first plant layoff that year in 2002.”

“I’m still glad to have used that time wisely. I got hooked on new techniques, better results and feeding friends and coworkers. They were my first audience.”

Castro kept working the line and experimenting. By 2013 he grew the confidence to take his cooking public, opening Esto’s Garage as a pop-up, with recipes he’d been cultivating over a lifetime—tacos, casseroles, rice dishes, guacamole.

Soon after launching his business, he purchased a food truck— ”it took time, going down from 10 hours a day, seven days a week, to 40 hours.”

This, he continues, “hurt me greatly, but it also allowed me to develop my customer base and be available for evenings and weekends as the ‘go-to pop-up guy.’ What I learned about business early on was how much sacrifice you have to make to get anything done.”

He simultaneously made the decision to cut hours at his factory job to realize his dream of becoming a chef.

“I loved that old house dearly, but it pales in comparison to the outpouring of support and love that I get from my clients. Through them, I have been given a purpose and real chance at a life after the plant. Something that few of us get.”

A global pandemic seems to be one more thing Castro is taking in stride. He’s thankful for job security and hasn’t lost hope for Esto’s Garage. Like always he’s seeing an opportunity to pivot, playing with the idea of opening as a carryout spot, once the dust of this storm settles. Whenever that is.

“I was planning on a late spring opening, but this is now out of the question. Safety for others is of the utmost importance. I was feeling bad for myself, but that subsided quickly, as I have seen all my friends in the industry who have had to suspend everything. I still have my job at the plant, even if we are laid off now. This is no time for any of us to be too inwardly focused. Our community is in great peril.”