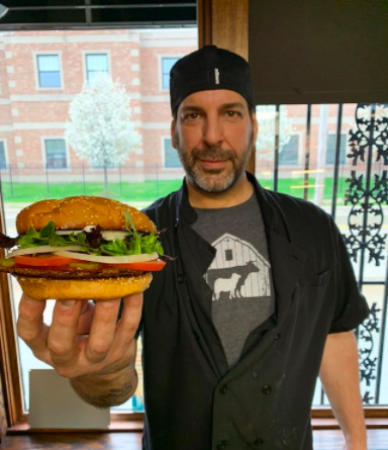 For Detroiters, grabbing a Coney Dog is simply second nature, but for Chef and Owner of Chili Mustard Onions (CMO), Pete LaCombe, that second nature begged for a bit of a change. In 2018 CMO opened its doors as Detroit’s first vegan Coney Island restaurant, serving Coney classics in a more organic and environmentally friendly way.

LaCombe has nothing but passion for all things Coney (especially mustard), and shares his thoughts on his favorite musician visitors, Bob’s Burgers, and the importance of veganism.

IF YOU COULD ONLY CHOOSE ONE CONEY DOG TOPPING, WHAT WOULD IT BE? 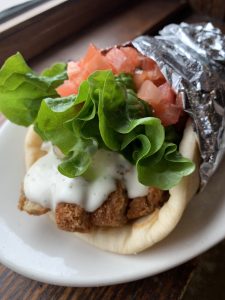 WHAT’S THE BEST PART OF YOUR DAILY ROUTINE?

LaCombe: I make everything fresh every day. So, it used to be when I first opened I was scared to death I had to do this every single day (and of course I was a little nervous to make everything), it’s just so much, but actually, that is what I enjoy.

…There’s so much to go with everything, from banking to taxes, and payroll and bills and everything in everyday life—when I get to cook and I get to watch things, you know, myself create things from nothing, from organic spices, or whatever I use… that really takes my mind off everything and puts me back to when I was a kid cooking with my grandmas. It was just kind of an escape. So I guess that’s probably—that and coffee with my wife before work is awesome, but when I get to work it’s definitely when I get to cook.

THERE ARE SOME FANTASTIC BOB’S BURGERS PHOTOS ON CMO’S SOCIAL, DO YOU RELATE TO BOB OR THE SHOW AT ALL?

LaCombe: I’m more Peter Griffin [Family Guy] I think than Bob’s Burgers…. I guess to a point I am… it is your life, whether you like it or not sometimes.

HOW DID THE IDEA FOR CMO COME ABOUT?

LaCombe: You know, my wife and I went vegan like nine years ago and, we had routines man, rituals, back when we were younger in our twenties and you know it was always about going out, going to the bar, going to the National Coney Island after, you know, two in the morning. It was just like coneys, chili cheese fries, and it just, that was like our comfort, that was our Friday or Saturday night.

When we went vegan, there was just nothing, and I don’t wanna say a name brand, but the vegan chilis that are in cans and stuff were so bad, I mean they were so bad that when we went vegan I missed everything I was like ‘I’m not gonna eat this’ and I’ve been around food my whole life so I’m like ‘I’m making National chili right now, vegan.’ And I actually did. And it was so good.

… That was my thing, really we just missed it, we liked the ambiance, you know it was just our thing. We grew up on the East side and National Coney Island was our thing…. And we said ‘you know what, let’s just open a Coney Island.’

WHY DID YOU GO VEGAN? 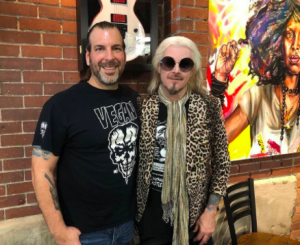 WHO IS YOUR FAVORITE MUSICIAN WHO’S VISITED CMO?

LaCombe: Oh my god that’s horrible! That’s a terrible question because I love them all! Seriously. I have relationships with all of them, so to say who’s my favorite is really, really tough. I have to say first and foremost John 5 from Rob Zombie. John 5 is one of my favorite people on the planet. Gary Holt is right up there with him. Troy Van Leeuwen from Queens of the Stone Age… Very cool guy. Clint Lowery from Sevendust, Anti-Flag came in, the whole band, Cold Cave—Wes [Wesley Eisold], Wes is a really good friend of mine and we met through CMO.

Oh my god, and there’s so many more, but I don’t know, we’ve fed Anthrax and Killswitch Engage, and Blackberry Smoke, those guys are really cool, they’ve been in. Just wow. Musicians are very cool because they all wanna eat vegan on the road which is awesome. Because you can’t eat burgers and steaks every day and play and feel good.

HOW HAS THE PANDEMIC AFFECTED CMO?

LaCombe: We lost so much money, and unfortunately we couldn’t get any grants so far. So the PPP money had to be spent in 8 weeks…. You know, that was terrible, so May and June of last year we were set and then after that, it was like a struggle, you know, every day.

It’s just kind of a hole you dig in. That’s kinda where we’re at right now. We still have a big following and we stay steady but it’s just like we’re clawing our way back. 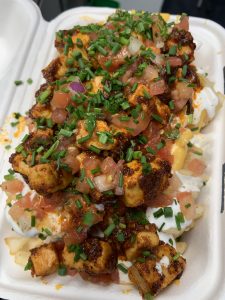 CAN YOU DESCRIBE DETROIT IN THREE WORDS?

Because it’s not easy living down there, it’s not, and people have had some really, really, really tough and rough lives, and they still do. But they always smile, they always say hi, and it’s pretty telling of the characters that these people are…. Good people, just good people.