Armond Rashad of Jabs Gym Gets Us Moving 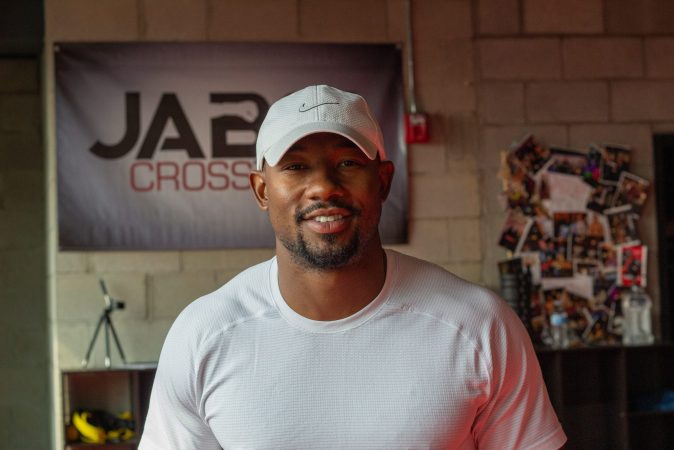 We’ve all seen the billboard when cruising down I-94, that one that says Detroit is a city built and run on hustle. Armond Rashad of Jabs Gym in Eastern Market is just the person people turn to when they want to fully embrace that mentality.

Two floors of expansive space to workout in spanning the gamut of CrossFit to boxing, Jabs Gym is a workout experience that aims to change the game. Rather than barking orders, the team at Jabs works one on one with those looking for a substantial lifestyle change.

Armond, who is the owner of the Eastern Market location, took some time to sit down with us for a talk about the founding of Jabs, his love for Detroit and its community, and what keeps him so motivated on a day-to-day basis. 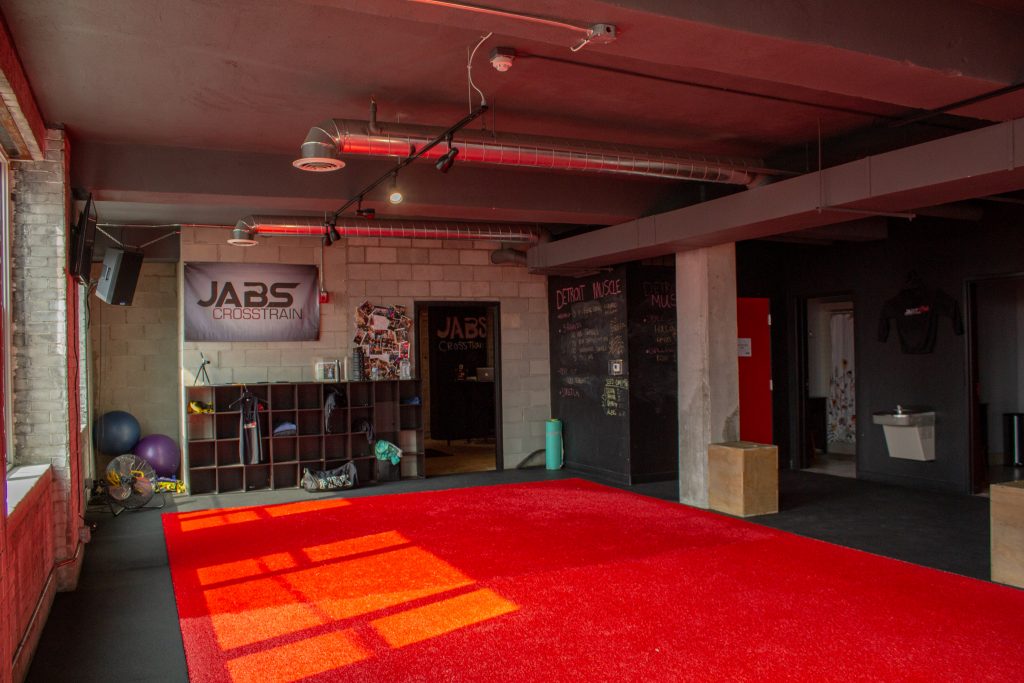 The second floor of Jabs Gym, patrons use this floor for CrossFit exercise routines.

What led to you pursuing a career in fitness?

I started out in entrepreneurship, just kind of building different companies and stuff of that nature, and then I went into finance in corporate America for a few years. I worked in Wisconsin, Indiana, Illinois. My grandpa, who I was very close with had a struggle with diabetes, and I found out that there was a certain type of diabetes that was preventable. So I said that there needs to be someone that does something about this, and sooner or later I said that someone needs to be me.

What’s the difference in your day to day now compared to your corporate job?

Well so, it’s interesting, from a management standpoint, it’s still people based. It’s all about people. In other pieces, in managing teams, it’s a little more challenging because trainers are a different type of people to manage. It’s taught me a lot about myself, and it’s made me love and engage with people more.

That piece is different, but so are some other pieces as well. Instead of sitting down and running the numbers for a large building or facility management, you get to run the numbers for people losing weight or how many calories they’re burning.

How do the people you work with inspire you to keep hustling?

On top of that belief in us as a team internally, there’s a belief in the Detroit community that if they come to Jabs Gym, they know they’re going to get in the best shape of their lives. There’s incredible synergy a belief and passion and energy. That’s an exciting thing to come to every day. 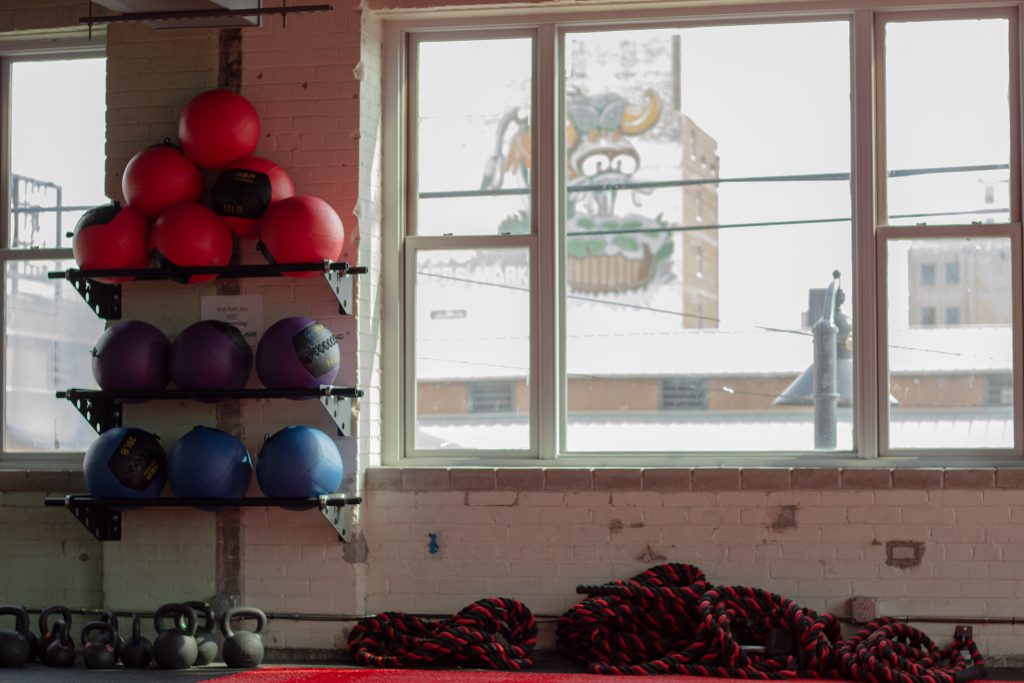 Eastern Market is ever-present as seen from the second floor of Jabs Gym.

Is there a difference in the feel of the Eastern Market location and the location in Birmingham?

Absolutely! I’m not at the Birmingham location as much, but Eastern Market, it’s the epicenter of culture. You can find any type of person, you can work out with a guy who has a Rolex on his wrist, and then you can workout with someone who’s a student who’s just getting their start in life. You can find any type of person here. Most gyms have a certain type of person that goes there, I love Lululemon, but at some gyms, if you’re not wearing Lululemon, you don’t fit in. But here, we accept everybody, everyone is in the mix, everybody has a story. Some people are artists, some teachers, and lawyers, but they all have a story, and that’s what’s exciting about Eastern Market.

Is there a story that has inspired you the most?

We have a brother that comes here, and he’s in his 50’s. He rides his bike here every day, to work every day, rain, sleet or snow. He always tells stories about formally being homeless, but he comes in, and trains and he’s back on the job. About two years ago, he had a stroke, and he was missing all of Christmas. We were going to do a good deed for him by getting him a new bike through our friends at Detroit Bikes, and this past holiday, we were able to get him one. He’s always positive, just a great person, and it’s super inspirational to have him here in the community.

Can you tell me about Run This Town Detroit?

Run This Town Detroit is the first initiative that I was blessed enough to start in 2012 when we started the same year as Slow Roll, and I wanted to get people active. We started then with 42 people coming to workout for free on the Detroit RiverFront, and then we expanded to two, three hundred people. We expanded to Chicago, Ann Arbor, Kalamazoo. What was so exciting is that it was a Detroit started and based program. We were pushing for a community that was deemed the most unhealthy out of 150 major cities, and we had a fitness program that had a couple of hundred people in it. So what better way to smack that statistic in the face than to have a program that since 2012 has allowed people to workout for free where they can meet and grow together.

Where do you see your future in Eastern Market?

This year I was elected to the board of Eastern Market Directors and that’s so exciting because Eastern Market is the only fresh food market’s of this size and magnitude in the country, and I hope that it maintains that. It was designed and maintained long before I was here, and I hope while I’m here I can contribute to make this place more cool and add to its rich history while maintaining its legacy. I’m super excited about that.