We Talk Dumplings, Movement, and Detroit 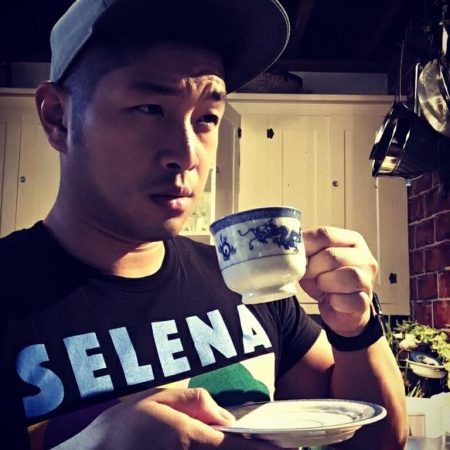 Chef Jonathan Kung throws one hell of a dinner party and has mastered the art of dumpling making, among a myriad other accomplishments. Based out of his studio in the Detroit neighborhood of Eastern Market, he serves and teaches under the moniker Kung Food, specializing in, to borrow his words, “artful takes on Cantonese cuisine as well as other regional Chinese dishes.”

He also has insightful things to say about pretty much everything which is why we’re honored he’s taken the time to talk Detroit with us, specifically Movement, the legendary electronic music festival spanning over Memorial Day Weekend—and the city at large. Imagine SXSW with less workshops and more drugs.

Jonathan Kung: Spirit House. It’s a cookbook I got at this Thai restaurant and cooking school in Brisbane, Australia. Food was pretty good. The Book isn’t bad either.

CVh: I’ve never been to Detroit. Please describe it.

JK: Detroit is probably nothing like you’d expect. It’s actually a pretty amazing place, always has been. I mean the newly developed areas are totally striving for “meh” but that’s happening all over the country right now. Stick to the places with character and find a guide who’s lived here longer than 10 years and you’ll have a good time.

Don’t come in the winter tho. Our winter is kind of like if the Purge was weather.

JK: It’s nothing to worry about unless you have kids who are planning to go.

JK: The influx of people from all over the country, all over the world. It’s pretty amazing to see so many new faces and hear so many different languages and accents around town. Better yet most of them are at least bi-curious if your drugs are good and you’re willing to share.

JK: The air smells like armpits, and ketamine but that just might be this afterparty I’m at right now.

CVh: Thoughts on the train station? Because we all have them.

JK: I kinda wrote it off after they put in those cheap ass looking windows on it. I heard it just got sold to some company who may or may not be Ford. I dunno, at the very least it’s out of the hands of those garbage people.

CVh: What’s the one characteristic you like most about people?

JK: I dislike people who do nothing but spend all their time consuming things or acquiring the means to consume things without adding anything actually meaningful to the world. Basically I dislike people in finance.