City Building is Spurred Through Preservation and Practical Thinking 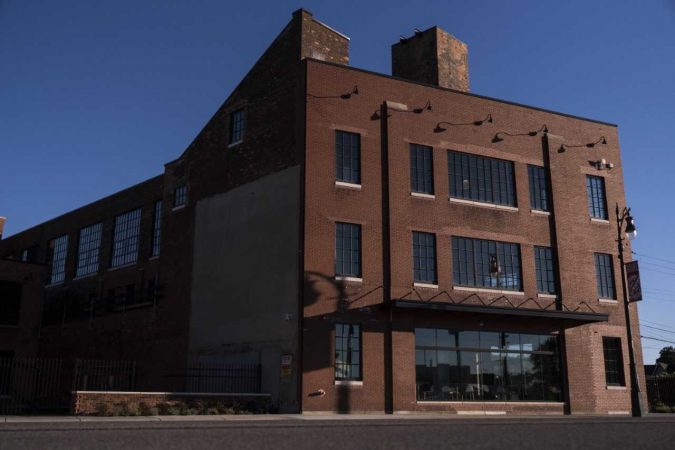 An architect, preservationist, and practical design thinker,  Michael Poris is the principal and co-founder of McIntosh Poris Associates. Founded in 1994, by Poris and Doug McIntosh, McIntosh Poris has a diverse portfolio in both style and scope, from private homes, to multi-family housing and restaurants to arenas. Within the breadth of this diverse portfolio, however, is an acute focus on building meaningful architecture and the importance of understanding one’s city and community in order to do so.

Michael Poris shared with us some of the foundations of the MPA approach, one of the most salient themes being the importance of historic preservation. Poris and MPA have been the thoughtful champions of historic preservation in Detroit for over 20 years, their map of projects spans from the upper corners of New Center down to Corktown. But for Poris, historic preservation is about more than renovating decrepit buildings, it’s an aggregate mindset for building an authentic legacy of a city, our city—one that looks back to move forward.

“You can’t bring just anything into Detroit. You have to ask, ‘What makes this place different? What sets it apart from any other city? What do people here want? What is important to them?’”

These are the questions Poris and McIntosh asked themselves in 1994 and believes we should all be asking today.

The questions themselves are rooted in the importance of historic preservation. “Cities happen over time,” says Poris,

“You get a mix of architecture from different time periods each representing the time and place in which it was built and together these come to represent the city itself and help us move forward.”

Michigan Central Station is a great example of historic architecture coming to embody the city itself —and moving from a symbol of power to a symbol of decay to a beacon of progress—all within less than 100 years. For Poris, understanding the historic landscape and how it is embedded into the city today is of the utmost importance. Furthermore, not being in tune to what has made Detroit “Detroit” over time is counter-productive. Historic buildings give Detroit its authenticity which, we have now witnessed over the past several years, brings people back to the city—driving economic and civic recovery.

Historic preservation not only preserves authenticity but sets an architectural standard for the importance of new buildings. When Poris first moved back to Detroit in the early 90’s, he brought with him a range of experience working in LA with firms such as Frank Gehry, Morphosis, Cesar Pelli, and Richard Meier on projects from LA to China but he did not want to build LA buildings in Detroit.

He wanted to build Detroit buildings in Detroit – and to do so, “You can’t view Detroit as a blank slate, you can’t take the people and the buildings that have been here for granted, they should be guiding our design practice.” In other words, you have to understand the community, their socio-economic needs, and how they move in and around the buildings that already exist in order to build sustainable architecture. ‘Sustainability,’ in this case, meaning architecture that meets the current needs of its community, fostering future growth. And that is the one thing that drives Poris the most, “The challenge of addressing these questions and creating something that fits the real needs of the market while also being of value—culturally as well as architecturally.”