How Three Major Consumer Companies Earned Top Polluter Titles. What Can be Done About it? 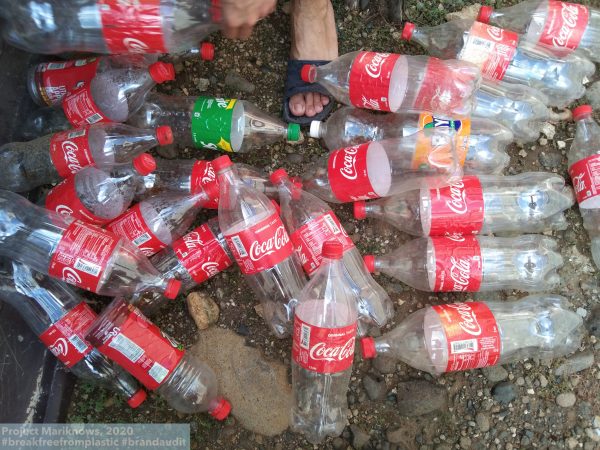 For the third year in a row, Break Free From Plastic (BFFP) has announced Coca-Cola, PepsiCo, and Nestle as the three top plastic polluters worldwide. Their brand audit brought into question 575 brands, spanning across 55 countries, and concluded the top polluters from their gathered 346,494 pieces of plastic waste.

BFFP, as a movement wanting to diminish plastic pollution, makes it very clear that these companies are the ones at fault for polluted plastics containing their own branding. But how can BFFP definitively say this pollution is strictly the corporation’s fault and not our own for being consumers of their products? And how could we, the consumers, allow these three companies to climb their way to the top of the pollution ladder?

GETTING TO THE ROOT OF THE PLASTIC POLLUTION PROBLEM

The answer to the first question is similar to the truth behind a magic trick: misdirection. Just as a magician distracts you with 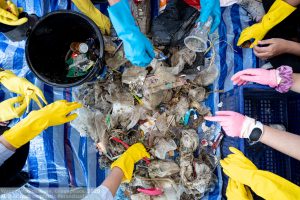 a joke as he slips your chosen card to the top of the deck, we were distracted by becoming the “litterbug” in 1953 while companies switched to single-use containers which saved money, but resulted in an exuberant amount of waste.

According to the Container Recycling Institute, before 1935 beverages were sold in refillable glass containers which were washed and refilled between 20 and 50 times, after which they were recycled. In 1935 the steel can was brought into the picture, and within ten years became 31% of the packaging for beer.

Before the ’50s and ’60s, refillable bottles that had a deposit price had a 96% return rate. This changed when steel cans were adopted by carbonated soft drinks in 1953, and in later years as aluminum cans and plastic bottles became the norm.

At this point in the ’50s, however, issues began to arise. According to Heather Rogers’ “Gone Tomorrow: The Hidden Life of Garbage”, there was a large push for corporations to sell materials in order to maintain their profits after World War II. This introduced the overdrive of the marketing scene. People had to be convinced to purchase things they didn’t need, and items had shorter lifespans to ensure the customer’s need for future repurchases.

This rapid escalation of new purchases and trashed items caught the public’s eye, and they demanded that corporations be kept accountable for the waste they were producing. In 1953, Vermont passed a law that banned single-use bottles, which, in the same year, inevitably brought about the packaging industry’s copout.

Keep America Beautiful (KAB) was brought to life by the American Can Company and Owens-Illinois Glass Company, the inventors of single-use cans and bottles. They also teamed up with other companies like Coca-Cola. KAB, which still exists to this day, started as a media campaign that took the blame off larger corporations’ shoulders of overproduction and single-use containers and pinned it, like a scarlet letter A, to individuals chests.

This was the arrival of, we the consumer, as the “litterbug.” It only took a few years for the campaign to take off in over 30 states, succeeding in convincing the general public that we are at fault for the state of the planet. It is easy for us to say harsh words to our friend who drops their candy wrapper in the grass, but few of us question why that wrapper isn’t made out of biodegradable material in the first place.

This, of course, brings us to the second question.

HOW COULD WE ALLOW THIS TO HAPPEN? 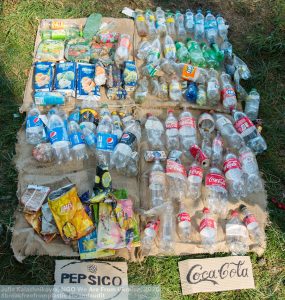 the pollution ladder? In some ways, like Coca-Cola, they did it by ensuring their corporate invincibility by backing KAB. In other ways, it was done not by magic, but by large profit margins.

During a segment by “Democracy Now!”, Amy Goodman discusses the disturbing irony of Nestle bottling Michigan’s water for an exponentially low rate and selling it back to us. The plant resides in Mecosta county, which is discussed in the segment as a mere two hours away from Flint, where residents are still suffering from unclean water.

Flint’s water crisis puts bottled water in a whole new category. Instead of it being a nice, on the go grab, bottled water is simply a reliance for everyday tasks. Nestle is able to pay little more than $200 per facility in state clerical fees because the land the pump from is owned by the company. This gives them the ability to pump what was reported in 2018 to be 218 gallons of water per minute out of their private land.

Due to situations like this and others such as Nestle’s baby formula scandal where legal battles lasted years and boycotts lasted decades, there are times corporate giants such as Coca-Cola, PepsiCo, and Nestle seem too large to hold accountable. Yet we must.

Water removal from the Great Lakes isn’t strictly Nestle’s doing, nor does it only take place in counties hours away from our own. According to information gathered by a reporter with Michigan Radio, Coca-Cola purchased about 113 million gallons of Detroit’s water in 2016, and PepsiCo purchased 105 million gallons. It can be argued because both these companies pay what is thought to be a reasonable amount for their water, that they are better for the area than Nestle. However, both Coca-Cola and PepsiCo are simply bottling our tap water and selling it to us in an expensive and non-environmentally friendly format.

Coca-Cola more so than PepsiCo has latched onto this area’s freshwater sources with locations in states such as Michigan, Minnesota, Northern Indiana, and Wisconsin. Detroit itself has a plant that works to supply products to restaurants, sporting venues, businesses, schools, grocery stores, and healthcare facilities in the area. This citywide integration makes it even harder for us to deny a bottle of Dasani at a concert, or a Monster Energy Drink while we grocery shop.

It is work like that of BFFP that brings to light the truth about what we, as consumers, are consuming. As we move forward with this information, however, we must keep in mind the importance of not being misdirected. It may be impossible to be a conscious consumer in America, but we do vote with our dollar. Every cent we spend goes towards something, and therefore let’s place the importance in knowing what that something truly is for each of us.