The Car Enthusiast Community Comes Together Again, This Time in Midtown 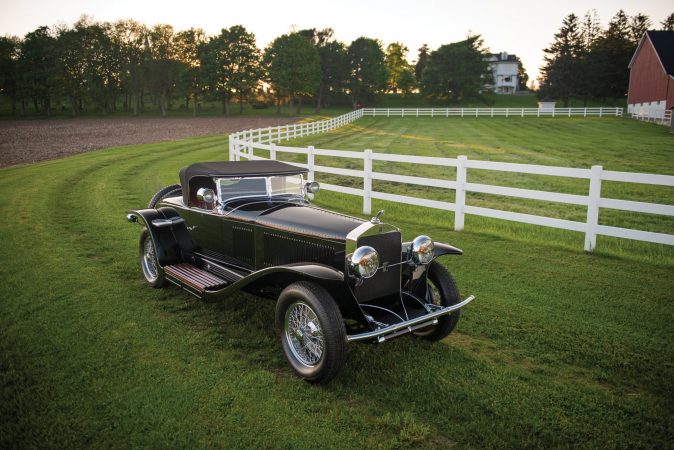 It’s been a tough year for car fans, whether your fancy is new or classic, the COVID-19 pandemic forcing most automotive events to cancel over the past year.

With the U.S. slowly opening back up, car shows are back – albeit in downsized form, such as the Motor Bella that will, this year, substitute for the traditional North American International Auto Show in downtown Detroit. Also coming back is the Concours d’Elegance of America scheduled to take place July 23-25.

The classic car gathering, considered one of the country’s finest, will get one more run at the Inn at St. John’s in 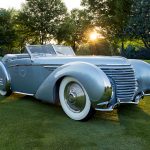 Plymouth. Then, it will undergo several significant changes – among other things moving into the City of Detroit under the aegis of new owners.

The term, “Concours d’Elegance,” is used for a variety of classic car shows, most notably one in Pebble Beach, California that is all but universally viewed as the most exclusive event in the world for automotive collectors. But the Concours of America, as it’s widely known, has increasingly earned the respect of automotive aficionados over the years.

The event was launched in 1979 as a fundraiser for Meadow Brook Hall. The long-time home of Matilda Dodge, widow of automotive pioneer John Horace Dodge, she left her sprawling estate to what has become Oakland University but notably failed to bequeath funds to keep it maintained. Originally named the Meadow Brook Concours, the event helped cover the cost of the facility’s seemingly endless repairs.

After a series of scraps with the university, Concours organizers pulled out of Meadow Brook in 2011, moving the event to the current location in Plymouth Township.

After being canceled last year due to the COVID-19 crisis, the show will return to the Inn at St. John’s for one last time. The 43rd Concours will move again in 2022 to the grounds surrounding the Detroit Institute of the Arts.

And it will have a new owner. The show has been purchased by Hagerty, a Traverse City-based enterprise best known for offering classic car insurance. It has also launched an expanding series of ventures in the collector car world, including online and print magazines, as well as acquiring several of the country’s other major classic car shows. That includes the Concours in Amelia Island, near Jacksonville, Florida, and another in Greenwich, Connecticut.

Sometimes change can be serendipitous, said Larry Moss, board chairman of the Concours d’Elegance of America. In this case, we have found the perfect caretaker for our cherished event, which will allow the Concours and its partners to focus on a common goal – producing the richest automotive experience while serving the needs of our community.

In a conversation with DII last month, Hagerty CEO McKeel Hagerty hinted that his company has even more business ventures in mind, such as setting up classic car garages across the country. The firm might even be seeking to acquire additional Concours-style events.

“Our objective is to knit the enthusiast community together in a way that supports and protects the future of car culture,” said the Hagerty CEO. 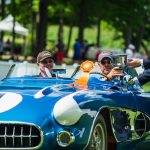 As for the event in Detroit, he described the Concours d’Elegance of America as “a premier event in the home of American car culture, and we couldn’t be more honored to have the opportunity to help make it even better.”

Most details involved in the move to the DIA have yet to be released, though the new management team plans to shift from the traditional July schedule to September.

The art institute’s ties to the auto industry go back decades, with much of the funding for its current, Midtown location coming from automotive scions, notably Edsel Ford. One of the centerpieces of the museum is the collection of seven frescoes pained by Diego Rivera largely focused on work at the old Ford Rouge Plant.

The DIA also has a major exhibition underway called “Detroit Style: Car Design in the Motor City.” It has been extended and will run through January 2022.

The move to the museum’s grounds, said Hagerty, “honors Detroit’s heritage as a hub of commerce, industry, design, and culture. We couldn’t think of a better place to recognize the automobile than the Detroit Institute of Arts. It, and its 65,000 works of art, serve as the perfect backdrop as we celebrate the automobile – another signature achievement of mankind.”