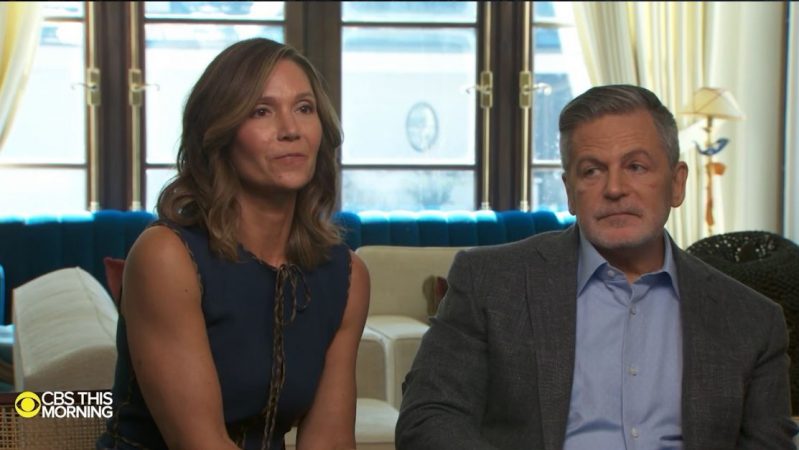 Comparing the story of his own recovery to that of the City of Detroit, co-founder of Quicken Loans and founder of Rock Ventures — Dan Gilbert — announced a $500 million investment into the city of Detroit. In one of his first interviews since suffering an ischemic stroke in 2019, the billionaire and his wife made the announcement from their home during a virtual talk on ‘CBS This Morning‘.

TOMORROW: Billionaire Dan Gilbert speaks out in his first in-depth TV interview since his stroke nearly 2 years ago.

Thursday on @CBSThisMorning, @CavsDan talks to @danajacobson about his road to recovery and reveals a big announcement to help his hometown of Detroit. pic.twitter.com/QV0MChDBmJ

Coming as part of The Gilbert Family Foundation (GFF) and Rocket Community Fund, the $500 million investment will payout over the course of ten years through contributions to community organizations, with the end goal of boosting economic opportunity in Detroit neighborhoods.

“Big problems require even bigger solutions that address the symptoms as well as the systems that have contributed to the challenges Detroit continues to face,” shared Jennifer Gilbert, co-founder of the Gilbert Family Foundation. “We look forward to working with existing and future partners to drive systemic change in Detroit.”

The initial $15 million investment will aim to eliminate the property tax debt of 20,000 low-income homeowners. In doing so, the Gilbert Family Foundation hopes to preserve an estimated $400M in wealth and home equity for Detroiters.

“Everyone deserves to achieve the American dream of homeownership, and that includes the ability to sustainably and permanently enjoy the home you make for yourself, your family and your loved ones,” stated Dan Gilbert. “The greatest resource of any community is its people, and we are honored to be able to invest in removing this tax burden, which will build a stronger foundation for Detroit families to thrive.”

The investment of $15 million will start by establishing the Detroit Tax Relief Fund, which will be administered by the Detroit nonprofit Wayne Metro Community Action Agency — which due to the funding will then scale their programming and services. Once determining if one is eligible for assistance, the nonprofit will then pay the remaining delinquent tax burden on behalf of the resident.

Besides the initial investment, the Gilbert Family Foundation shared that they will stay connected to homeowners supported through the Detroit Tax Relief Fund to shape new investments aimed at mobility and further economic opportunity. At the moment, the foundation did not release further plans about future initiatives or plans to come out of the investment beyond the property tax relief fund — but is committed to further engagement.

Those interested in learning more about future investments and initiatives from the Gilbert Family Foundation can do so by visiting www.GilbertFamilyFoundation.org.

Detroit’s 2021 Budget Has Suffered From the Pandemic, How We Can Help?

Where We Stand After 100 Days of Biden’s Presidency

The Best 9 Places to Picnic in Detroit this Spring

Earth Day Cleanups to Keep on Your Radar This Spring