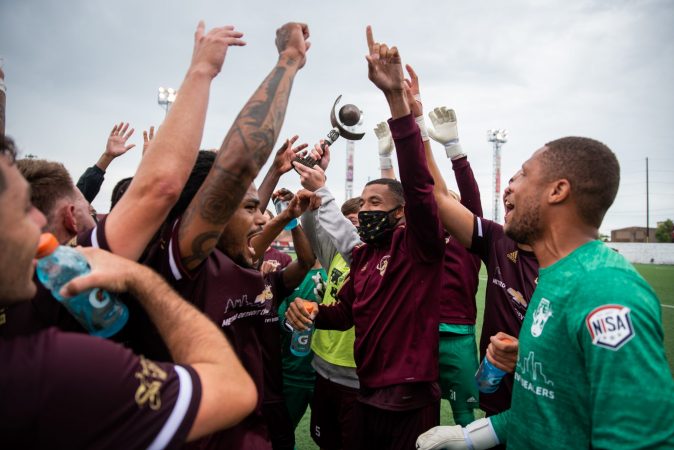 For many of us, it can be said that a normal sense of pride in our city and community is lacking. As restrictions due to the coronavirus continue, large groups of people are prohibited, leading to a feeling of lonely disconnection from those who share similar passions. Detroit’s own pro soccer club, Detroit City Football Club (DCFC), however, has seemed to break through this detachment with a cloud of brightly colored smoke by announcing its “Be an Owner“ campaign.

Announced on July 30th 2020, the “Be an Owner” campaign had a hope of igniting purpose and instilling pride in the fans of the 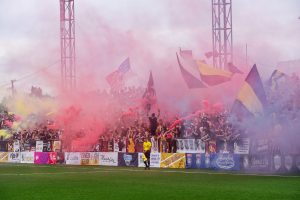 club while giving DCFC an opportunity to continue on through this pandemic. One of the co-owners of DCFC, Sean Mann, speaks to this, “Necessity has spurred on something that we’ve been toying with for a long time.”

Though the time to sell 10% ownership of the club may have come sooner than expected for DCFC, it seemed the right time. The campaign’s goal is to raise $1.2 million, with the first leg of a fundraising journey capped at $1.07 million. Mann states the DCFC expected this goal to take 6 weeks to reach, instead the WeFunder page hit the goal in less than 120 hours. The second leg to attain the remaining funds is in the process of being released, and those on waitlists will soon be able to participate in the campaign.

Iggy Pop, the Michigan born American singer-songwriter, is among the list of investors. He comments on his relationship to both Detroit and soccer,

Everywhere I go all my life when people ask me where I’m from, I feel a surge of pride when I can say Detroit. That blessing has always been my bedrock. Futbol is a great game, and this is really cool.

The idea of fans and club participants financially owning stock in sports teams is not an altogether new idea, even if it may seem so in this country. In Germany, for teams to be able to compete in the Bundesliga, a professional German soccer league, teams must adhere to the 50+1 rule. The rule states that the club’s members must keep control of the league by owning 50% of the team’s shares, plus one. This keeps the power in the hands of those based in the team’s best interest and keeps large corporate funders from using teams for their own financial gain. This also keeps fans hyped up and involved, as well as sustain lower ticket costs for stadiums. 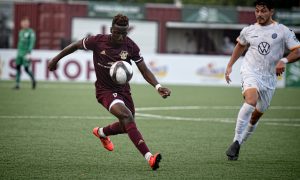 A local investor, Luke Londo, speaks to his response to the “Be an Owner” campaign,

Londo has yet to attend a game, but with knowing the success of DCFC and the love his friends have for the club, the opportunity to invest was not taken for granted.

Londo shares his interest in and respect for the diverse community investing in DCFC, “[With] normal investments you have bankers and things like that. But this is completely outside the realm of what is considered normal and it’s been really fascinating—all the different people, and communities of people, that have stood up and purchased shares and become owners. It’s a really interesting, unique, and dynamic community to be a part of.”

DCFC played and won its first pro game in February of this year, only to have their season cut short by the covid-19 pandemic. This was a huge blow to the players as it denied them their first pro season. Even beyond this, DCFC’s plans to launch a women’s league early this year was put on hold. Mann speaks of their deep understanding of the realness and the heaviness of the coronavirus, and the fact that this is “just soccer,” he says. The success of this campaign, however, has been, “A nice reminder that there is a community out there,” says Mann.

On August 15th, the first game of DCFC’s new season commenced, looking quite different from other seasons. Everything has been reworked, from how the club trains, to match days. Players’ interactions are limited, weekly testing is being enforced, and no fans are allowed in the stands during game-play. “Match days are our calling card,” says Mann, “we have 7000 to 8000 people and it’s an incredibly amped up and exciting atmosphere. So it’s very surreal to be playing in front of a dozen staffers. It’s just a counter to who we are and what the club is all about.”

As DCFC prepares to finish this shortened season, the pride of the rabid fans seems as fiery as ever. Investors of the Be an Owner campaign currently stretch over all 50 states and cover a total of 23 countries. This vast demographical range, along with the rapid support of investors is truly an homage to the undying pride and passion of Detroit’s community, as well as DCFC itself.