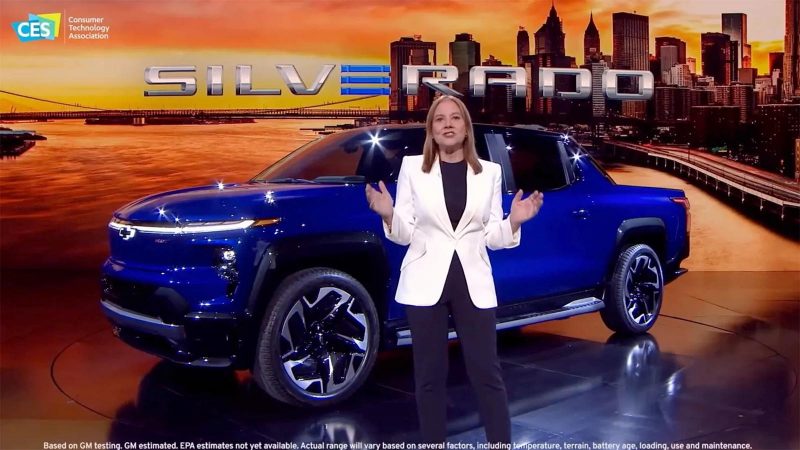 The annual Consumer Electronics Show is a fantasyland of high-def TV’s, drones, games, and audio gear but, in recent years, it’s also become the place to check out the latest in high-tech automotive technology. Detroit automakers and suppliers still had a significant presence at this year’s downsized show– even if virtual, as in the case of General Motors CEO Mary Barra who delivered an online keynote address.

Barra is fond of saying that the auto industry is set to change more in the next five years than it has over the last 50. If anything, there’s been nothing to resemble this ongoing transformation since the earliest days of the auto industry.

By 2030, participants in this year’s CES made clear, electric vehicles will make up a sizable share – perhaps even the majority – of the U.S. automotive market. Self-driving vehicles will become increasingly commonplace. And connected vehicles will be able to talk to one another, as well as a roadside infrastructure, while delivering the same sort of in-car information and entertainment options we now have in home and office.

Barra’s keynote touched on these and a variety of other changes in the works. But the star of her 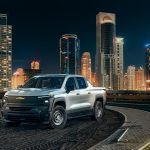 presentation was the new Chevrolet Silverado EV. GM, says Barra, is on “a path to an all-electric future.” The automaker plans to have at least 30 battery-electric vehicles in production by 2025 and will go 100% electric for light, medium, and heavy-duty models by 2035. We’ve already seen a few samples, including the GMC Hummer EV that hit showrooms late last year. And the striking Cadillac Lyriq will follow in mid-2022.

The Silverado EV could be the real test for GM, however. The gas-powered model is the automaker’s best-selling – and most profitable – model, and Chevrolet hopes to match that with the battery-package. While BEVs still account for a small share of the market, Chevy has reason to be optimistic. Rival Ford has already taken about 200,000 advance reservations for the all-electric F-150 Lightning pickup and just announced plans to double production capacity in a bid to catch up.

Like the Lightning, the Silverado EV has plenty going for it. It will ride on a truck-like version of the Ultium platform – the same used for the GMC Hummer EV. Initially, two versions will be offered, the WT work truck and the fully-loaded RST First Edition. Making up to 664 hp and 780 lb-ft of torque, the EV pickup will be able to haul up to a 1,300-pound payload and a 10,000-lb trailer. It also delivers up to 400 miles range. The WT launches in spring 2023, the RST the following autumn. The First Edition won’t come cheap, at $105,000. But more mainstream models will follow, starting at under $40,000. 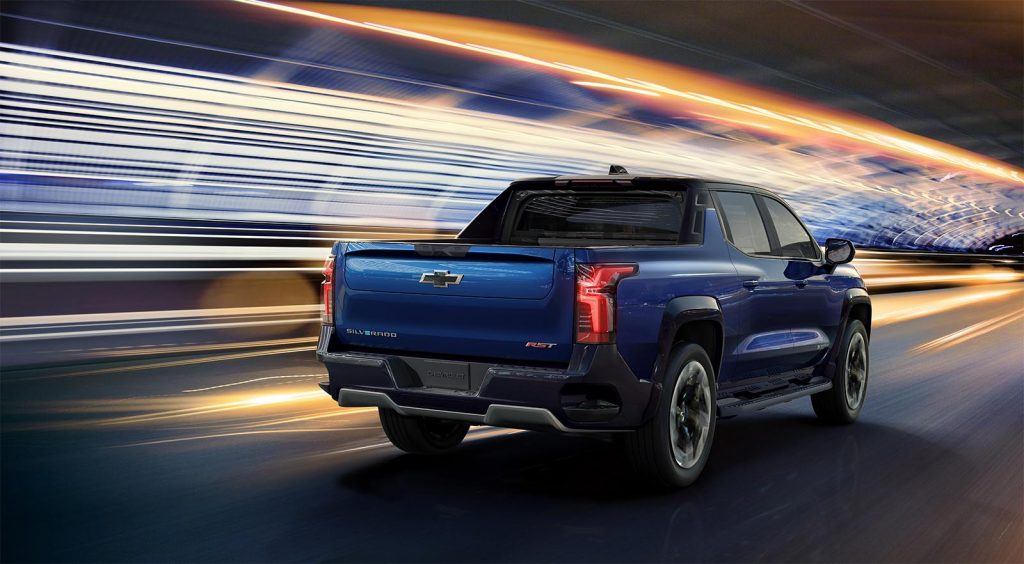 During her presentation, Barra dropped a few other bits of news about GM’s EV program. Look for all-electric versions of the familiar Chevy Blazer and Equinox models to reach showrooms in 2023.

Meanwhile, the CEO confirmed that a second Caddy model, the hand-built Celestiq, will arrive about that time – and it will take GM’s semi-autonomous Super Cruise system to new levels. The exotic supercar will be the first equipped with Ultra Cruise, the next-gen Level 3 technology which, eventually, will be able to be used hands-free on “every paved road in the U.S. and Canada.”

GM aims to take the lead in autonomous driving, much of the work being done through San Francisco-based Cruise LLC. The subsidiary just became the first to be licensed by the State of California to pick up paying ride-share customers using modified Chevrolet Bolt EVs that have no drivers on board. Cruise expects to follow with a pod-like microbus called the Origin.

During the keynote address, Barra handed off to GM’s global design chief Mike Simcoe who offered some insight into what a completely autonomous vehicle might look like. The luxury brand’s InnerSpace concept offers some clues. Part of the new “Cadillac Halo” concept portfolio, it’s a two-passenger BEV without a steering wheel or other traditional controls. But it offers plenty of screens that will allow you to remain occupied during a journey. It even has pop-out cubbies with pillows, blankets, and slippers to let you relax along the way.

Today’s cars are quite literally computers on wheels, some with more than 100 microprocessors and other semiconductor chips onboard. That’s one reason why the industry has been so badly hurt by the ongoing chip shortage. But, if anything, tomorrow’s vehicles will be even more tech-dependent, stressed Carlos Tavares, the CEO of Stellantis, the carmaker recently formed by the merger of Fiat Chrysler Automobiles and France’s PSA Group.

During CES, the Portugese-born Tavares announced that Stellantis has turned to Amazon Web Services to help it develop a wide range of software and data services that could expand the “customer experience.” Tavares said. Virtually all new vehicles are now being equipped with smartphone-style over-the-air update capabilities. That allows an automaker like Stellantis to remotely update software– in some cases repairing glitches that would otherwise force a recall.

But Stellantis software chief Yves Bonnefont said the technology will offer plenty of other opportunities. The automaker will be able to upload new safety features, and it could sell software that will improve a vehicle’s performance, perhaps extending an EV’s range. The deal with Amazon will equip new Stellantis vehicles, like the 2022 Jeep Grand Wagoneer, with Fire TV, that permits downloading movies, videogames, and more. All told, this could provide a major new revenue stream that Stellantis estimates will generate revenues of $4.5 billion by 2026, jumping to $22 billion by 2030. 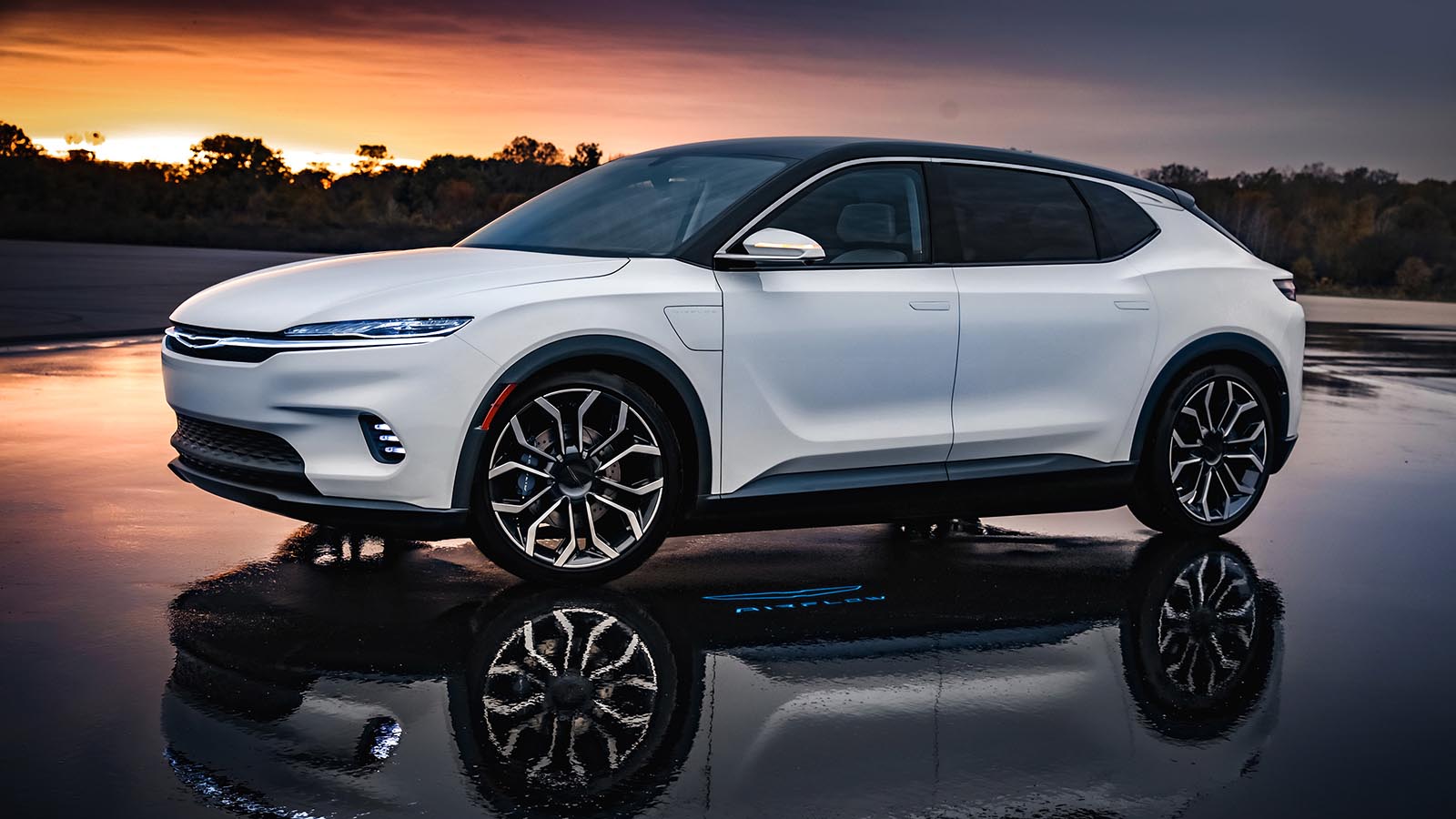 The automaker offered a hint of what could be coming with the Chrysler Airflow concept that also debuted at CES. The once-popular Chrysler brand has all but disappeared, with only two products in its portfolio. Tavares insists Chrysler isn’t going away – for now – but it will have to prove it has reason to stick around. The Airflow Concept shows what planners have in mind for the brand, with its windswept exterior, elegantly high-tech interior, and an electric drivetrain delivering up to 400 miles range. The Chrysler brand will debut its first BEV in 2025 and go entirely electric as of 2028.

While Ford, the other Detroit automaker, was a no-show at this year’s CES, there were plenty of Southeast Michigan suppliers and technology firms on hand. A number of them showed off the tech that will be crucial to autonomous driving. That included LiDar systems that use laser technology to provide a 3D view of the world around a vehicle. Most experts believe LiDar will be crucial to make fully hands-free vehicles safe and reliable.

Other CES participants focused on tomorrow’s battery-electric vehicles. One of the standout announcements came from Our Next Energy, Inc., a suburban start-up more commonly referenced as ONE. It revealed the new Gemini battery which, it claims, has been tested to deliver more than 750 miles per charge. The unusual technology – which actually combines two different types of battery chemistry in a single pack – could go a long way towards solving dreaded “range anxiety,” making electric vehicles more appealing to a mass market.

With its mix of concepts, prototype technologies, and production vehicles, this year’s CES underscored the rapid pace of change sweeping through the auto industry. And it revealed the steps Detroit automakers and suppliers are taking to stay on top of this transformation.