Detroit Is This! We Tap into Ann Delisi’s Mind to Turn Us Onto What Makes Detroit, Detroit

Everyone’s Favorite Detroiter, Ann Delisi, Shares Favorites, Tips, and Perspectives About the City Only a Local Would Know 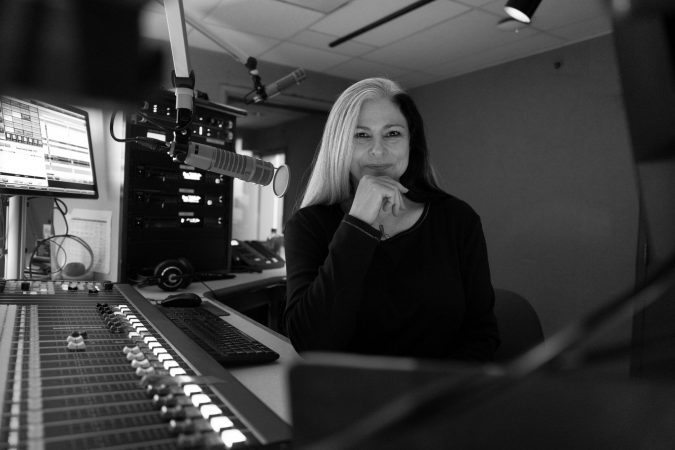 It doesn’t get more Detroit than this … debating which establishment serves up better Coneys.

Established in 1917 by Constantine ‘Gust’ Keros,  American Coney Island is one of the oldest family owned and operated businesses in downtown Detroit.  Standing right next door is Lafayette, owned by Constantine’s brother William. Both have been operating side-by-side, for over 100 years.

The fact is, like so many other gems in the city, both American and Lafayette are pure Detroit.

In this vein, we decided to gain some authentic and unique insights about favorites around the city from pure Detroiter’s themselves.

We begin with Ann Delisi. Ann has been a part of the Detroit broadcasting landscape for over 39 years and is now producing and co-hosting the Don Was Motor City playlist on WDET Friday nights at 10 pm. Ann shares with us her thoughts and perspectives from a true Detroiter’s point of view. 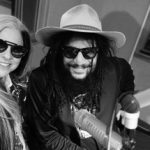 ANN DELISI AND DAN WAS

DII: It’s a Thursday night, zero plans, what’s that one go-to spot you love for a night out?

AD: Spot Lite comes to mind. The vibe is chill and the last time I was there, it made me happy to see one of my pals, Vince Patricola, from my old radio days spinning there.

DII: Who serves the best cocktail in town?

AD: I recently judged a contest between SheWolf and Grey Ghost and the cocktails made by both of their mixologists were creative and exciting.

AD: Having worked midnights as a waitress and with my sister, Theresa, as the manager at the old Travis Backstage on Van Dyke, I have a soft spot for those burgers. Maybe it’s all of the memories and the colorful clientele we encountered together working overnights that made me put that burger at the top of the list. Although that location has closed Travis burgers are still around.

AD: If I have extra time, I like working in my yard. I have a double lot in Detroit with a LOT going on there including honey bee hives, food, flowers, and a big new project on the horizon.

AD: One of the things I love about living in Michigan is the change of the seasons, but Fall is undoubtedly my favorite. Nature serves up a pretty amazing display during that time.

DII: Where do you go to listen to music?

AD: I go to wherever the music I want to hear is being performed. Metro Detroit has just about every type of venue imaginable to hear music and I’ve probably been to most of them.

DII: You need a new outfit, where do you shop?

AD: Yama or the Peacock Room in the Fisher Bldg. Rachel Lutz, the owner, and proprietor of those amazing stores has spent years getting to know her clients and not only giving them what they want but getting them exciting about clothing they might never have imagined themselves wearing.

DII: What’s the best way to find out what’s going on in Detroit?

AD: Detroitisit for sure! My favorite radio station and colleagues at WDET, Live in the D, Model D and my friends. Also Hour Detroit Magazine, the MetroTimes, and my own Instagram feed.

DII: What’s the most under-rated spot that deserves more visibility?

AD: Post by Mutual Adoration in Detroit. The owners are some of the kindest people I’ve met and they are incredibly talented. They made a beautiful wood countertop for my bathroom that I love. They have workshops to satisfy your artistic side and sell everything from works of art to textiles, frames from reclaimed wood, bath and body goods, and stuff for kids. They cover it all and I inevitably find something for the person who has everything when I shop there.

AD: I would put Duly’s at the top of my list!

DII: What makes a Detroiter?

AD: A Detroiter is someone who loves this complicated city. I know people who moved here from other parts of the country and made Detroit their home, were fascinated by its history, and fell in love with the people here. They weren’t born here but felt at home here. It’s been my home for my entire life and I would have it any other way.

DII: What do you treasure most about the city?

AD: I treasure the people and most notably the long list of creative souls who began their work artistic work in Detroit and took that energy out into the world.

Check in monthly  to read up on these great nuggets, suggestions, and insights from your favorite Detroiters and ours.