The Mother of Motown is Martha Reeves

The Motown Legend and Enterprising Boss Made You a Playlist 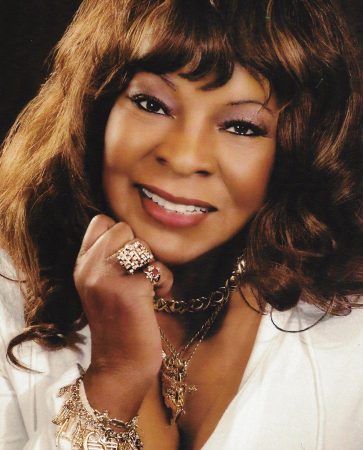 Martha Reeves’ office is in a house. A bedroom to be exact. During our interview, she is sitting at a small desk—a bed between us. Atop the bed, pages of a coloring book—a picture of the Eiffel Tower that, at first glance, looks like an original drawing. Ms. Reeves pulls out a giant tub of colored pens and explains that she often colors while talking on the phone. During our interview she creates her playlist on a legal notepad. She is so stealth about the operation that I don’t even realize it’s happening. I’ve been told she is a professional, and that she is—she’s one of those people who have the rare ability to give her attention to you completely, and yet, simultaneously, be focused on something else entirely. 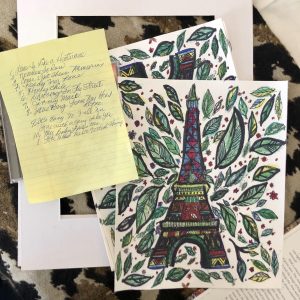 The house is a mansion. Down the street from her former Motown Studios, now The Hitsville Museum, it’s been newly restored by its owner Joeleo Smith, who entered the Motown scene as a young man from Los Angeles, where he still lives, at least part time. Greeting me in the foyer he explains that Ms. Reeves just returned from tour dates in Europe, followed by some stops in the States. To illustrate, he points to a large, eagle shaped trophy. Ms. Reeves has been named a “Women in Leadership Awardee” by “The Urban League of Metropolitan St Louis.” Later they both pose for a picture with it. This is a woman who has been awarded a Grammy and inducted into the Rock n’ Roll Hall of Fame. She doesn’t take any of her accolades lightly.

Two things I learn about Ms. Reeves: she is humble and she never stops.

Smith takes me down to the basement where he teaches kids to code, through Black Bottom Project, his Detroit nonprofit. This is the same room in which Ms. Reeves keeps her studio. In it a keyboard, purple drum set (her favorite color), and a few other instruments are ready for play. Ms. Reeves loves karaoke. For a single, gut wrenching moment, Smith tries to convince me to karaoke with her—an idea which, I am certain, is equally unappealing to us both. The look in his eyes when I tell him I don’t sing is one of sincere disappointment, a relief for me.

He takes me to a recording area in the back where he plays a track—”Martha had some friends over last night.” We listen to a beautiful, jazzy composition that smashes all my conceptions of karaoke. Here I am, having an intimate moment in a basement listening to the musical doodlings of an artist whose career started in a house across the street—someone who sang side by side with Marvin Gaye and Stevie Wonder, who worked with Berry Gordy. The exhausting list of talent goes on— this person’s voice shaped the course of music in the 20th Century.

The location of the house and its symbolism isn’t lost on anyone.

Ms. Reeves and her 11 siblings all “learned to sing in their Grandfathers’ Church.” She honed her skills “while washing dishes for the family.” Tuned to the radio, she “mimicked opera singers and symphonic orchestras.”

Her career in Motown started in the office of Hitsville USA, when she was lucky or clever enough to bypass the audition line.

Heading straight to the front she asked to speak to William Stevenson, whose name on the card she had been given a few days earlier after a performance at the “world famous Twenty Grand showroom.” When she entered the office, Steven turned out to be Mickey Stevenson, “A&R Director of a new black owned recording company, Motown Records, better known as Hitsville U.S.A.” Although upset with her for not following protocol, he was also busy—completing a song he was writing for Marvin Gaye. The phone rang. “While you’re here, answer it, and I’ll be right back.” She was left to answer the phone for the next three hours.

Answering phones lead to a secretarial position and moved on to steady work recording demos—”In fact, I think I recorded more songs on Hitsville than anybody because of that secretary position”—that then lead to the breakthrough of her career.

“Marvin Gaye, a singer, musician, and producer from Washington D.C., needed some backing vocals on the very song that William Stevenson was writing when I arrived. The Andantes, were not available. I knew that Mickey would expect me to have singers for the session. So, I called the group of girls that I had sang with for the past two years named The Del-phis. “Stubborn Kind of Fellow”, and “Come and Get These Memories”, hit the charts at the same time. We performed our first concert at the State Fair opening for the Beach Boys as Marvin & The Vandellas.

Berry Gordy Jr. signed us to our four year contract, and Holland-Dozier-Holland blessed us with our first hit, and the hits just kept on coming.”

The office where I interview Ms. Reeves belongs to Martha Reeves Enterprises, the corporation she started in 1971 when Motown left Detroit for LA. “My contract was up, and I was a free agent. I started my corporation to continue my career.” That was almost 50 years ago.

After an hour of conversation Martha catches my eye—”You wanted a playlist?” She’s answering the question before I have a chance to respond—”I’m almost done.” She pops a CD into the portable player beside her, listens to the first few seconds of a track intently and moves onto another. “I often listen to my recordings before I go on tour.”

Within five minutes, she hands me a completed playlist. She has been, of course, working on it the entire time. Most artists take days to respond to anything. Playlists can turn into a back and forth of Youtube sharing that is migraine inducing. But with Ms. Reeves it’s easy—delightful even.

For you, a playlist by Ms. Martha Reeves.