Detroit Sounds: The Co-owner of Willis Show Bar Shares His Songs with Detroit 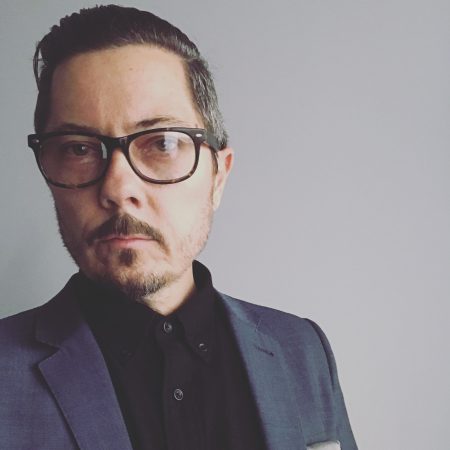 Sean Patrick will make you believe in magic. The quiet variety one encounters with animals and people who meditate often. He’s one of those who move through life with ease and grace and somehow excel at everything and you can’t get jealous because jealousy is a useless emotion. To be in the presence of these people is to sit by the bank of a calm river and somehow be connected to the source of the river. Manifestation. Synchronicity. Things happen—patterns emerge, introductions are made.

Sean’s nice. That’s an understatement. There is no way to accurately describe the co-owner of Willis Show Bar in a few paragraphs, but here’s a speed version:

Born in Louisville, Kentucky and raised in the culturally rich city of Sarasota, Florida. Lives in Detroit.

His first love was architecture. He excelled at a young age. Studied with the best. Left architecture to rehab historic buildings. By 24, he opened his first café. By that time, he was an accomplished DJ—once playing a hotel room gig for Prince and his handler into the morning hours. He’s lived in NY. He’s lived in LA. He’s worked in film and studied production. Which explains the keep-me-here-forever lighting in WSB. He’s had bars in secret and not so secret locations. He was part of the team that relaunched the Roosevelt Hotel—who commissioned David Hockney to paint the pool that was almost painted over but was ultimately saved because art is important.

As it is for Sean and his partners who purchased Willis Show Bar, one of Detroit’s oldest and most iconic jazz clubs, and returned it to its former glory after years of neglect.

What else? He’s a designer. Vegan. He’s even moonlighted as a vegan chef, hosting a six course, plant based, dinner series in NY and LA. Because, apparently, one person can do it all.

Like when you see him jogging in the early part of a Saturday morning after a late night at the club, hosting famous burlesque performers and DJs with the same kindness and enthusiasm with which he greets strangers.

The magic is strong.

In life and in this play list, composed for you by the man himself.

Catch him in person THIS SUNDAY:

Shine On Me by The Supremes

Easin’ In by Edwin Starr

Something You Got by Wilson Pickett

I Know I’m Losing You by Rare Earth

Get Ready by Mayer Hawthorne