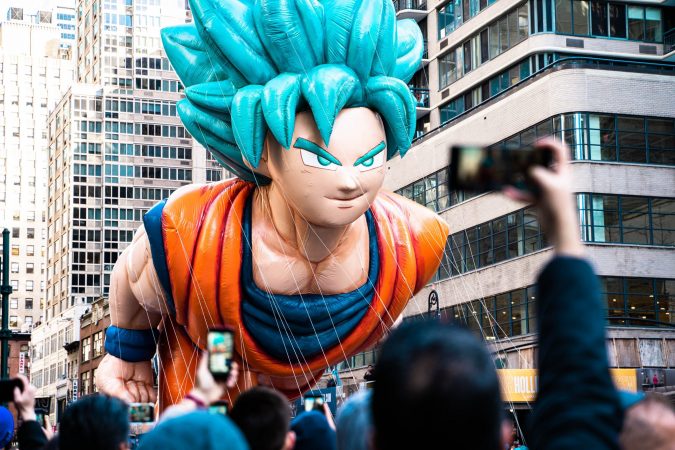 Cuddle up and feel the warmth set ablaze this year especially after enduring a previous televised-only event due to the pandemic. The Parade Co. is ecstatic to open the event to an in-person audience once again. Grandstand tickets are available from $55 to $70 online.

This exciting day deserves cheers and confetti no matter where or how you’re celebrating. Detroiters are amped up for this star-studded lineup at this year’s Thanksgiving Parade.

First off, it’s heartwarming to know the theme for the 2021 Detroit Thanksgiving Parade is focused on love. The Detroit community and its history have definitely used this as a guiding force for change. Speaking of messages of love, GM’s new float was designed to promote inclusivity, in addition to the company’s aim to create a world with “zero crashes, zero emissions, and zero congestion,” officials said Friday. Last month, the automaker announced its plans to lead the world in electric vehicles.

Calvin Johnson, Jr. – Whether you know him as “Megatron,” pro-footballers, or a recent inductee into the NFL Hall of Fame, the former wide receiver at Georgia Tech and drafted second overall in the 2007 NFL Draft by the Detroit Lions. His nine-year career landed him a glorious spot on this year’s star-studded Thanksgiving Parade Detroit lineup.

Bishop Edgar Vann — A shining example of giving back to Detroit and communities around the world, Bishop Vann fulfills has found meaning in serving in business and civic arenas and faith-based and motivational platforms throughout his life.

Rachel Mac – A singer and superstar who was a finalist on NBC’s The Voice Season 20, she is a native of Romeo, Michigan.

Disney’s The Lion King – Disney’s Broadway musical The Lion King will be the prideful opening act of the Parade with a performance of “Circle of Life.”

Detroit Youth Choir – Directed by Anthony White, the same golden faces of Detroit Youth Choir that floored audiences on America’s Got Talent will open with The Lion King. They’ve continued their electrifying performances worldwide since ending their time on the show.

Detroit Academy of Arts & Sciences (DAAS) Choir – Directed by Angela Kee, this Emmy-winning group of talented students has won the hearts of all Detroiters with their award-winning performances.

Santa Claus – Jolly Old Saint Nick will have everyone on their feet as always with his hand-crafted sleigh. For this year’s Thanksgiving Parade.

The Parade Company is a special unseen force of team members. On Friday, Nov. 19, guests at Ford Field will witness a magical evening with a performance by Big Boi of hip-hop sensation Outkast as part of the crucial fundraising event of the year in which proceeds benefit The Parade Company.

Tickets are limited and available at theparade.org.