Get in the Holiday Spirit with Detroitisit’s 2020 Christmas Playlist

This Christmas Season Needs Some Cheer. Why Not do it with Detroit’s Own? 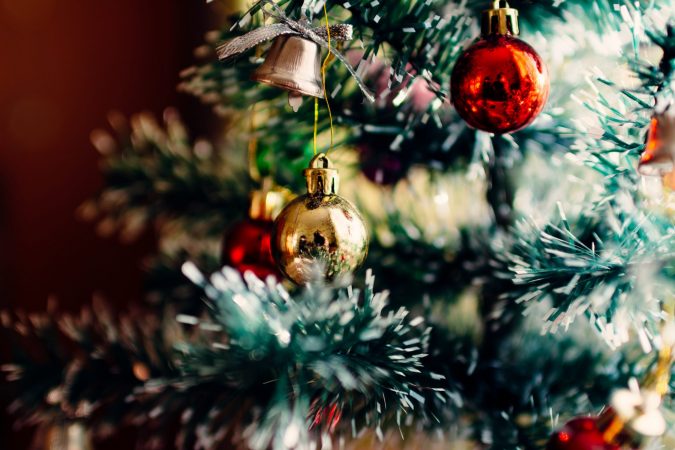 Christmas is just around the corner, and we all know it’s going to look different this year. Families gathered around computer screens instead of extended dinner tables and gifts mailed instead of passed out in person. But no matter what our holidays look like, one thing still holds strong: Detroit’s unshakeable Christmas sound.

Whether you’re looking for Christmas classics, craving Motown’s best, or missing events like Black Christmas, the city’s got your back (ears). Enjoy this festive compilation of Christmas tunes!

A Christmas Song For You: Kem

The best start to a playlist is a song that gets you in the mood. The hot cocoa by the fireside mood, to be more specific. Kem’s “A Christmas Song for You” offers just this feeling. Kem was raised near Detroit and began his career with a self-written, produced, and funded debut album. When the R&B/Soul singer was signed in 2001 to Motown Records, “Kemistry” was re-released in 2003. His most recent album, “Love Always Wins” was released this year.

When toes and tummies are warmed, the tree begs to be decorated. Anita Baker’s jazzy ragtime rendition of “Frosty the Snowman” titled “Frosty’s Rag” is perfect for winding the twinkling lights around the tree. Baker, though born in Ohio, was raised in Detroit by a foster family. When she was 16 she was singing in nightclubs and bars around the city and was soon discovered. Since then she has released seven albums and has received multiple awards throughout her career.

Santa Claus is Coming to Town: The Jackson 5

Christmas isn’t Christmas without The Jackson 5, and unmatched in ornament adorning vibes is their version of “Santa Claus is Coming to Town.” These are facts. The five brothers started their journey in 1965 and found their way to Motown Records three years later. Once at Motown they released 10 albums, four of which reached number one on the Billboard charts. In 1970, “Christmas Album” came out and has been a Christmas essential since.

You’re a Mean One, Mr. Grinch: The Suicide Machines

This one goes out to all those aching for Black Christmas this year. Featured on a compilation album, “Punk Rock Christmas,” The Suicide Machines’ personal take on “You’re a Mean One, Mr. Grinch,” all but brings forth the punk holiday spirit. The band broke up, after 15 years together, during a tour in 2006. But once a year, they reunite, bringing together Detroit’s punk rock scene with a music festival fundraiser, dubbed Black Christmas at the Majestic Theatre.

Love Comes With Christmas: The Temptations

Ah, there’s nothing like the classic Motown sound to settle in for the evening with. The Temptations offer a lovely cool down tune post a night of pogo dancing, with “Love Comes With Christmas.” The group originated from Detroit and was formed in 1960. All five of the “Classic 5” lineup were inducted into the Rock and Roll Hall of Fame in 1989. The members of the group have changed throughout the years, but The Temptations still records.

What Christmas Means to Me: Stevie Wonder

Our ears may still be buzzing from the level of sound only concerts can bring, but our tree is trimmed and decorated. So what comes next to phase us into the calmness of the evening other than Stevie Wonder’s “What Christmas Means to Me”? Wonder was pledged a child prodigy due to his early-aged blindness and was signed to Motown’s Tamla records at just 11. At age 13, Wonder reached the top of the Billboard charts, setting a still-standing record as the youngest solo artist to top the Hot 100 list.

What ends the evening is Aretha Franklin’s calming voice, saying “Merry Christmas, sweetnin’” at the beginning of her cover of “This Christmas.” Her name is almost synonymous with Detroit, though she was never a part of Motown’s roster. She moved to Detroit with her family when she was five, where she started her singing career at the church her father ministered to. At age 18 she was signed to Columbia Records, taking her Detroit spirit with her.

In true Detroit fashion, the city offers an abundance of other Christmas music by a plethora of other artists. The City of Detroit offers a great compilation playlist to keep you in the Holiday mood.