For Detroit’s Music Scene, If You Want to Predict the Future, Look at the Past 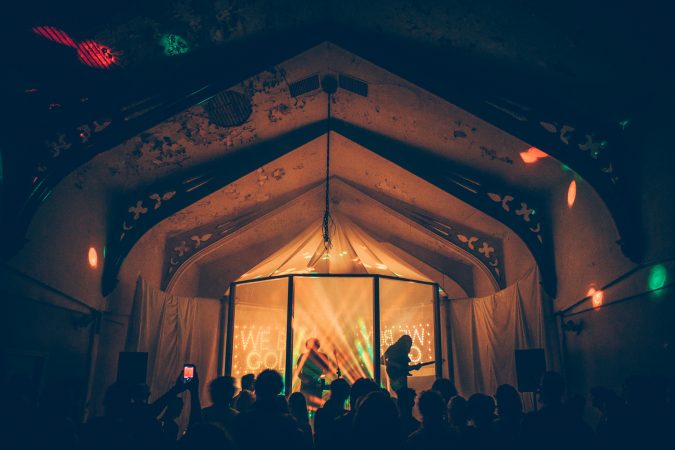 Few cities in the world match the musical heritage of Detroit, the home of Motown which produced over 180 No 1 hits across the globe, defining the sound of an era.

Detroit’s rich music history spans the past century. The greater Detroit area has been the birthplace and/or primary venue for numerous platinum-selling artists, whose total album sales, according to estimates, had surpassed 40 million units by the year 2000. The success of Detroit-based Hip-hop artists quadrupled that figure in the first decade of the 2000s.

So where are we now?  Taking a look at modern-day Detroit, one could say the city’s once-thriving music scene seems – well, quiet.

As we found out, this couldn’t be farther than the truth today, but the city – and the music industry – has had its share of decline over time.

Labels like Atlantic Records are continually combing Detroit to find the next Aretha Franklin. There is so much talent in Detroit and no other city puts out such a fantastic mix of music genres. The business just looks different now, shares Pete Ganbarg, President of A&R, Atlantic Records.

It’s an interesting story and, as with many things, is coming back around, in a different way.

SOME HISTORY FOR CONTEXT

Many point to the opening of Orchestra Hall in the early ’20s as the beginning of Detroit’s music legacy. 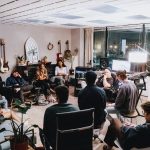 For the next three decades, music in Detroit boomed and hometown artists rose to international success in jazz, classical, blues, R&B, and Soul genres.

In 1959, Berry Gordy Jr., a former employee of Detroit’s Lincoln-Mercury automobile plant, opened the doors to Motown Records with just a $800 loan from his family. Gordy’s early portfolio of artists included Detroit natives Smokey Robinson and The Supremes and introduced the music of artists such as Stevie Wonder and The Jackson 5 to worldwide audiences.

In the late 1960s, the city established itself as a hub for the underground rock scene with bands like MC5 and Iggy and The Stooges.

Motown Records relocated to Los Angeles in 1972, and while this was a significant loss, Detroit’s music industry remained hot.

With the turn of the century though, came some big shifts in the overall industry. The big labels consolidated, paving ground in Nashville, LA, and NY. The Midwest started to become overlooked.

A historically segregated city, artists and areas of Detroit became increasingly silo’ed, and collaborations in music more or less disappeared.

Then, on July 18, 2013, Detroit filed an $18 billion dollar bankruptcy, the biggest municipal bankruptcy in U.S. history. The once-bustling city now had a dwindled population of under 700,000 and a 38% poverty level (compared to a national poverty rate of 16.3 percent).

WHERE ARE WE NOW?

Today, we find ourselves in a different place.

The city is experiencing a revival and along with many industries, music is in for the ride.

Technology and the internet have changed how we deliver, purchase, consume, merchandise, and market music. Where artists once sold vinyl records in stores, they now upload their music for consumption across the world in a matter of minutes. 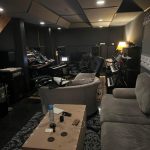 “Now we have bedroom and basement DJs and artists releasing their own music, adding many more artists into the funnel,” says Detroit music promoter and principal of Fresh Media Group, Adriel Thornton.

“The barrier of entry has never been lower, notes Ganbarg. “The ability for an artist to communicate directly with the consumer is the most direct it’s ever been.”

This, and the rise in people paying for streaming music has created a groundswell of sorts.

Yet we’ve still been missing a major label presence in the city, and, while the implications mentioned push art out into the world is easier, they also translate to many new complications for artists trying to market themselves and grow while navigating a large and very complicated sea. “There is an average of 50K songs being uploaded to Spotify daily,” shares Ganbarg.

Enter Assemble Sound. Launched in 2015 with a residency program giving 15 – 20 artists and producers per year 24/7 access to four studios under one roof for free.

“Assemble is an incubator for artist development and the cool thing is – it spans all genres. Artists with all different backgrounds and sounds are collaborating and new and different music is coming out of it. They also share resources, information, and general knowledge,” says Assemble co-founder and GM, Garret Koehler. In a cutting edge move, through Assemble, artists keep full rights of their own intellectual property and sign no contracts.

Six years after its launch, in December 2021, Assemble announced a joint venture label deal with Atlantic Records, giving Atlantic access and the ability – with Assemble – to discover and develop artists from the earliest stages of their careers.

Assemble is at the epicenter of this great musical city, adds Ganbarg. Atlantic worked with Garret and the team to sign Sam Austins in June 2021 and that kicked off the relationship.  We are looking forward to getting under the hood with Garret and his team and looking at developing many more Detroit artists, said Ganbarg.

Says Koehler, “It’s been our dream to be able to sign artists at the scale of a major label in Detroit and that is what Atlantic will do for us – we now have the resources to compete globally.” 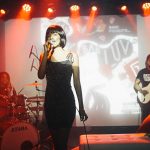 Another significant player in driving Detroit artist development is the gener8tor Music a partnership with the Motown Museum, Capitol Music Group, and TechTown Detroit, that launched in 2019, offering support, mentoring, education, and networking for artists.

“We want to help build this connective tissue for action-oriented, hustle-oriented artists so they don’t go unnoticed and they don’t  have to go it alone.” Said Paul Riser Jr., Senior Program Officer, Ralph C. Wilson Foundation, past Director of Detroit Urban Solutions at TechTown Detroit, and past Motown Museum Board Member. Of note, Riser’s father is Paul Riser, Sr., one of Motown’s famed Funk Brothers and an arranger on many of the label’s biggest hits. “We want to bring Detroit’s musical legacy back … and we are working to bring it back on steroids,” he says.

Detroit is finding its music legs again. We haven’t been a hub for music in a while, but that doesn’t mean the talent is not here – there is an abundance of talent that has been working independently and without support – the Accelerator program is working to change that. 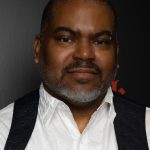 And, on January 12, 2022, Che Pope, the multi-platinum producer who’s worked with Aretha Franklin, Lauryn Hill, The Weeknd, Kanye, and more – and Dan Gilbert together launched WRKSHP focusing on reviving the music industry in Detroit by partnering and collaborating with local artists, hosting educational workshops, and producing talent shows, concerts and festivals attracting industry executives and high-profile industry executives to the city.

WRKSHP is driving an artist-centric approach by not only flipping the traditional royalty-based contract deals and property ownership to a partnership model, but also by offering a customized suite of support services, including talent development, management, marketing and promotion, and content production.

Instead of signing artists to these ‘360-degree’ deals, WRKSHP will partner with and educate creatives so they profit share from revenues derived from their intellectual property and most effectively monetize their art, says Pope, who will serve as CEO.

When asked “why Detroit,” Pope says “There are amazing and talented artists here who have done – and are doing – their job. Now they need the ecosystem to support and scale their work. Our goal for WRKSHP is to fully contribute to generating this artist-first ecosystem and build back the legacy of great music in Detroit.”

Gilbert weighs in, saying  “Music is the compass that connects people toward a collective path. Detroit, more than any city, validates that bond across many generations. Detroit’s deep-rooted history in moving the world through global multi-genre musical contributions makes it the natural choice for our headquarters.”

Says Pope in closing, “The seed has been planted, now we have to water it. It’s our goal and vision at WRKSHP to do just that.”