Don’t Know What Shows to Attend as Detroit’s Concert Scene Reopens? Here are a Few to Look Forward to 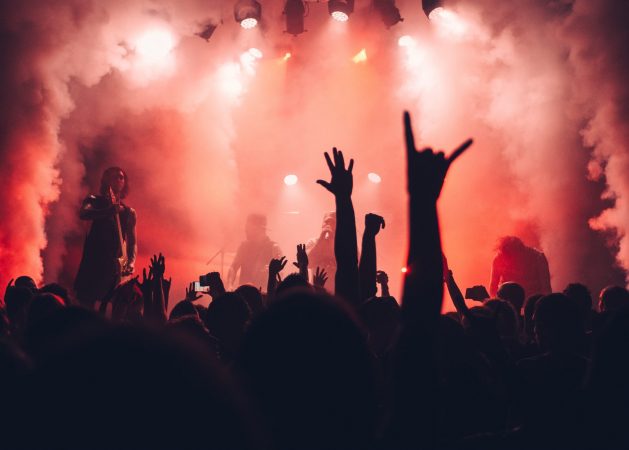 On pause, on hold, waiting for restrictions to lift, adrift, untethered—many of us have felt this way during the pandemic. For some the feeling of purpose and inclusivity has been put off at a six foot distance, or even put on hold entirely. Words such as the Latin word venire, or venue in English, have simply been without their definition these past 16 months. It’s definition “come,” or its later meaning “a place people come to”, served as simply an empty space during the pandemic, waiting for their lights to be turned on and the feeling of footsteps to return.

As more Detroiters receive their COVID-19 vaccines daily, concerts begin to return, reviving Detroit’s enviable venues’ fulfillment of their namesake once again. Coming to each theatre around the city are musicians filled to the brim with talent,  so, to highlight a few of the shows throughout the end of summer and fall season, here is our curated, must-see concert It List.

Laidback and ready to jam out, Japanese Breakfast offers the perfect indie rock vibes for an end-of-the-summer concert. Michelle Zauner, the head of the band, is a multi-talent musician, director, and author. Her recent #1 best-selling memoir, “Crying in H Mart”, was just released in April of this year. It was previously published as a New Yorker essay, though it was extended to novel-length for its 2021 release.

Weird, trippy, and enchanting, the rock duo Pvris is definitely a show to have in your books. Pronounced Paris, Pvris began as a Metalcore band named Operation Guillotine, and even went on to play at Warped Tour in 2013 after changing their name to Pvris. The band’s sound varies widely and has been described from post-hardcore to EDM to synth-pop. At their core, however, Lynn Gunn’s voice and Brain MacDonald’s bass and keyboard give the band their unique, unmistakable sound.

One of Detroit’s own, Tee Grizzley makes his return to the city at the beautiful Aretha Franklin Amphitheater. Tee Grizzley was raised in the Joy Rd. and Southfield neighborhoods by his grandmother and later went on to Michigan State University for finance and accounting. Tee Grizzley spent a stint in prison due to robberies at the school but has gone on to feature other rappers like Lil Yachty and Lil Durk on his singles.

Impacted most by Sylvia Plath and Joni Mitchell, singer-songwriter Arlo Parks is the perfect match for El Club’s immaculate sound system. Based in London, Parks set out in 2020 on her first headlining tour in Europe but had to stop the tour due to COVID-19. During the pandemic, however, her new music brought more listeners, and now Parks is on her first international tour.

Crisp, cool, and a call to the past, the Bleachers show is a perfect one for a chilly October evening. Bleachers are an American an indie-pop act whose music is heavily influenced by John Hughes’ high school-based films, as well as the late 1980s and early 1990s. Each song, calling back to their first song “I Wanna Get Better” up to their most recent release “Stop Making This Hurt” feels nostalgic, hopeful, and are magnificent in the eradication of any sort of inner blues.

Talent, talent, and more talent, Shakey Graves is an amazingly skilled one-man-show. By combining blues, folk, country, and rock and roll with his gravelly voice and musical abilities, Shakey Graves creates an intensely captivating performance. His unique style earned him the title as the official “busker” in 2011 for the  Edward Sharpe and Mumford & Sons Railroad Revival Tour, playing for each guest entering the venues.