Detroit’s YMCA Has Been Around Longer Than You Think

Spanning Over 160 Years, the History of Detroit’s Branch of the YMCA Predates the Automobile Industry, Faygo and Even the Ambassador Bridge 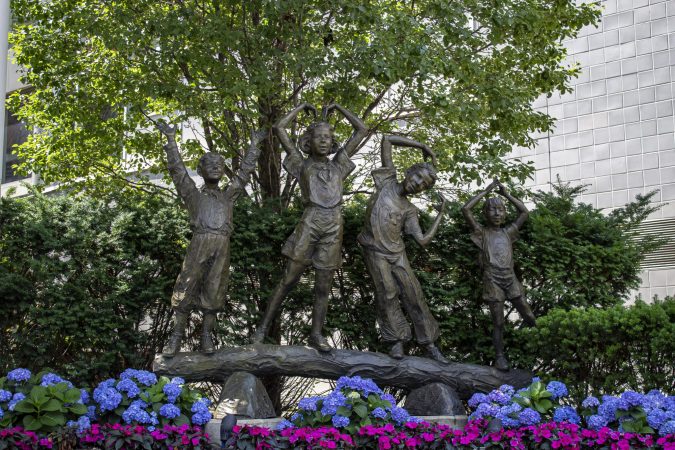 Everyone knows of the YMCA thanks to The Village People, but the exercise and community center has a history in Detroit that long predates the famous disco group, as well as some things that made Detroit famous like Henry Ford and the long since closed Hudsons Department Store. In fact, the history of the YMCA of Metropolitan Detroit dates back to the 1850s, a time in which Detroit was one of the few cities in America to establish a branch of what was then commonly referred to as the Young Christian Men’s Association. 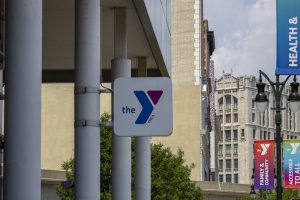 With a history spanning over a century, Detroit’s YMCA, and it’s later established branches, have witnessed events throughout history from the Civil War and Great Depression to the Civil Rights Movement all the way to COVID-19 and the modern era.

THE FOUNDING OF DETROIT’S YMCA

The YMCA of Metro Detroit has a humble beginning, being founded in the Fall of 1852 it was initially known as the Detroit YMCA.

The story started in 1851 when the city had a growing population of around 27,000. At the time, some of the churches in Detroit began to look for ways to meet the needs of youth through “social, cultural, and recreational programs.”

Given the success of YMCA programs in cities like Boston and Montreal, as well as London, representatives from multiple denominations of the Christan Faith met in September of 1852. It was here where they organized a branch of the Young Christian Men’s Association in Detroit. While Boston was the first city to establish a YMCA branch in 1851, Detroit became the second American city branch at the time.

The first meeting was officially held at their first location, the Young Men’s Hall on Jefferson Ave between Bates and Monroe st. Some of the early programs offered at the time include a reading room, mission Sunday School gatherings, and religious lectures by various ministers. The function of the Y at this time differed from its modern counterpart, with not as much sole focus on exercise and physical fitness.

In 1887, the growing organization moved to larger quarters located on the corner of Grand River and Griswold. After its construction, the center was hailed as one of the finest YMCA facilities in the country. It featured advanced physical exercise areas, as well as a beautifully designed auditorium that was utilized for both religious and civic activities in the community.

The center also had an educational wing that was incorporated under state laws as the Detroit Technical Institute.

In 1906, disaster struck after two electrical fires broke out in the center within 36 hours of each other. While most of the damage was done to the top floors, the YMCA needed to secure a new location until repairs were completed. It was at this time when the department store magnate, and strong supporter of the YMCA, Joseph L. Hudson, offered the Biddle House on Jefferson as a temporary site.

Repairs took till the end of the year, after which full activities were resumed. However, the need for expansion became prevalent again due to the growing population of workers drawn to the city during Detroit’s industrial boom. Due to this, the center raised an ambitious amount of money at the time to construct a new facility, $423,179.25.

After construction on the new facility was completed, the city of Detroit boasted one of the finest YMCA centers in the country, and the building was dedicated on January 1, 1909. It then went on to serve the city for nine decades before being razed to make room for the construction of Comerica Park in 1998.

BRANCHING OUT AMID A TIME OF CHANGE 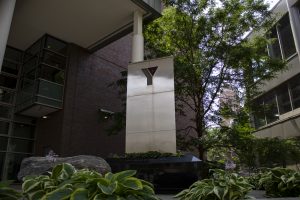 As the city of Detroit grew to over 1 million inhabitants by the 1910s and ’20s, the Y began establishing community branches to accommodate for the increasing rate of new members. It was around this time the Mack Ave., Northwestern, the St. Antoine Street, the Northeastern, the Hannan and the Hamtramck branches were established.

At a time of significant change for the nation, the YMCA of Detroit found itself in a uniquely progressive position for the period with the establishment of the new branch on St. Antoine Street.

Opened in 1920, the St. Antoine Street Branch was organized to serve the Black community of Detroit at a time when most other branches around the country remained un-integrated. The original building featured a reading room and recreational facilities before there was a realization that they would need more space to accommodate the growing number of members. In response to this, a funding drive took place and eventually, ground was broken on a center near Elizabeth St. and the corner of St. Antoine.

The branch served the community before closing in 1960, at which point, full integration of every branch in Metro Detroit had occurred. As outlined in the history of Detroit’s YMCA branch, the closing of the St. Antoine Street Branch helped to spread new ideas about integration and racial justice to other existing branches at the time.

In a book about the history of the YMCA in Metro Detroit, John Copeland, the retired Executive of St.the Antoine Street Branch, is quoted as saying, “For many years, the Y had a reputation for not being liberal. We worked at integration real hard. And, mainly, we’re getting the job done.”

“As new and younger members came into the Y, they brought a totally fresh perspective with them. They were more tolerant of the concept of integration. After a while, I even saw some of the old timers change their point of view,” he adds.

Around the same time, the Detroit YMCA began to establish new branches outside of the city of Detroit, with the first being the Wyandotte YMCA, which opened its doors in 1940. Shortly after this time, new branches opened in Dearborn, Birmingham, and Roal Oak, and in 1956, the Detroit YMCA officially changed its name to the YMCA of Metropolitan Detroit.

Today, there are Branches of the YMCA in Wayne, Oakland, Washtenaw, and Macomb serving their communities. At the same time, the Y also operates programs and campsites that serve children, adults, and seniors alike.

MODERN TIMES AT THE YMCA

In the 1990s, the Detroit location of the Y that stood since 1909 was slated to be demolished for the construction of Comerica Park. Faced with no other options, the institution began to work with the city to construct the current location Broadway St. in Downtown Detroit once demolition took place.

Completed in 2005, the dazzling facility took up nearly an entire city block and features everything you would expect from the YMCA, including recreational facilities and all infrastructure needed for a thriving community hub to thrive.

In the modern era, the YMCA in Metro Detroit has changed much from its humble beginnings in the 1850s, but its goal of serving the community remains the same. Over the past years, the YMCA of Metropolitan Detroit has boasted some astounding achievements.

In 2019, a few of the many accomplishments from the organization included awarding over $1.4 million in scholarships to 2,000 families allowing them access health and wellness programs, serving 200,000 meals to over 1,000 children in the city, as well as employing over 600 youth in summer programs. Other accomplishments can be viewed here from Crain’s Detroit.

With 2020 being the wild year that it is, the Y has also found itself being a significant player in providing pandemic relief amid COVID-19. From March 1-April 30, the organization served 57,000 meals to children and young adults with special needs, held 3,000 members and 1,000 senior wellness conversations, provided 200+ virtual exercise classes for members of all ages and established virtual summer youth employment programs to serve 200 youth ages 14 to 24.

Some plans for the future also include sustaining and expanding the YMCA Healthy Living Kitchen to serve 200,000+ meals annually as well as expanding neighborhood-based mobile activities for children around Metro Detroit.

Would you like to support one of Detroit’s most historic institutions? Learn more about donations here, as well as volunteer positions, sponsorship opportunities, or ways to share a positive experience you’ve had with the Y.