And the First President to be Impeached Twice, Donald Trump Faces Possible Conviction if the Republicans Vote the Truth 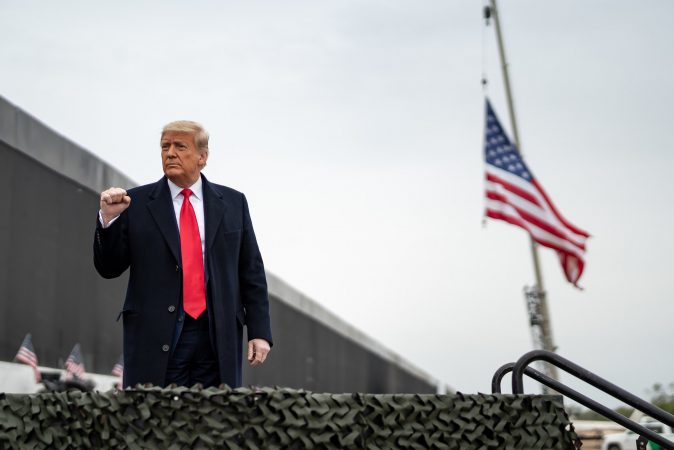 Rampaging through the White House during his four-year term, Donald Trump made history as the first sitting president to be impeached twice. But, while he was impeached, he was not removed from office with the Senate saving him during his first stint on the impeachment block.

Leaving Washington for his Florida-based Mar a Lago Resort, and now new full-time home, Trump now faces another Senate impeachment trial — making history again, this time as the first former president to face such a measure.

There’s no question, based on facts, of why he faces impeachment proceedings again. After all, there is little room to argue against the fact that Trump incited the barrage of supporters that stormed the Capitol Building with chilling ambitions on January 6. More so, the question remains of what happens if he gets impeached, a process that mainly exits to remove sitting presidents.

With impeachment entering the first week of Senate debates, hearings, and the trial, let’s clear the air on what is happening and what consequences Trump may face.

Given that the trial takes place in the Senate chamber and not a regular court of law, Senate Majority Leader Chuck Schumer and Senate Minority Leader Mitch McConnell set the rules of the proceeding. Four hours of debate have been allocated for Debate 1, which took place today — with legal arguments set for Wednesday, February 10.

When looking at the trial, it’s important to remember that The Constitution states a President may be removed if they are convicted of, Treason, Bribery, or other “high Crimes and Misdemeanors.” The impeachment articles sent from the House base the trial on the language used in the Constitution, citing Trump falsely claiming he won the election, encouraging the Capitol riot and trying to overturn his election loss as the basis for the proceedings.

As the trial remains underway, citings and testimonies from lawmakers include multiple occurrences of Trump riling up his followers or failing to “lower the temperature.” One instance includes California Representative Eric Swalwell citing the mob that gathered outside of Michigan Secretary of State Jocelyn Benson’s home chanting “stop the steal,” in an effort to overturn the election results.

“This was never about one speech,” Rep. Eric Swalwell (D-CA) says of former Pres. Trump addressing supporters on Jan. 6, “he built this mob over many months — with repeated messaging — until they believed that they had been robbed of their vote.” pic.twitter.com/5VBMVnIZvk

At the moment, it’s reported that six Senate Republicans voted for Trump’s trial, putting the likelihood of conviction into question as a total of 17 Senate Republicans are needed for conviction. As the trail moves on, some wonder what comes next for the former president?

WHAT COMES NEXT FOR TRUMP?

Given that Trump only served a single term, there isn’t anything stopping him from announcing a 2024 run. But, this is where the most important aspect of the post-presidency impeachment trial is laid bare — if impeached, this bars Trump from running for federal office again.

It should be noted, though, in order for such a ban to actually take effect, it would require a majority of two-thirds of the Senate voting to convict Trump, something that isn’t likely to happen given the little support from the GOP for the trial and impeachment proceedings.

Other matters of a potential conviction include cutting off Trump’s access to security briefings — a privilege that is traditionally given to presidents after they leave office — and classified information, though such a move comes down to the Biden administration and it is something being considered.

If history is to be taken into account, it’s important to remember that impeaching a president is no easy task, while convicting one is even harder. Trump’s fate remains unknown for the moment, as the days move on, his post-presidency picture should become all the clearer as lines of support are drawn in the trial.

Subscribe to our newsletter for more, as well as regular updates on all things Detroit.