Driving the Road of the Future, Michigan Welcomes New Innovations in the Mobility Revolution

It Looks Something Like This: During Your Daily Routine, You’ll be Able to Safely Relax or Catch up Work as Your Vehicle Travels the Connected Corridor 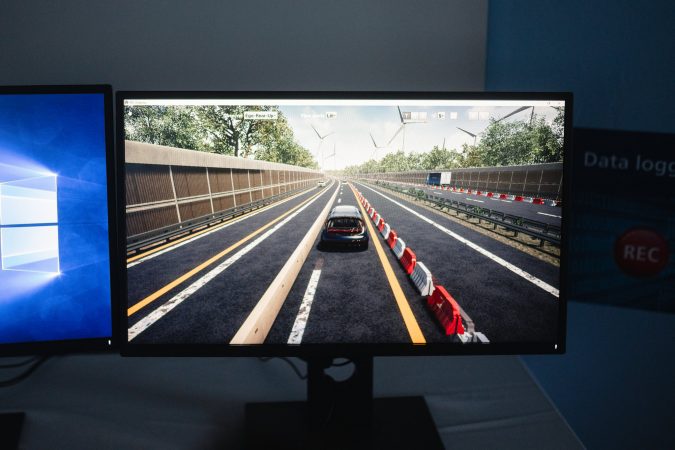 Getting around Metro Detroit the past six months has been fairly easy, one of the few positives from the pandemic. Initially, stay-at-home orders kept all but essential workers and trucks delivering online orders from roadways. With most people continuing to work from home and many schools going virtual, traffic has not returned to its pre-pandemic norms.

Every metro area in the United States experienced a traffic decline of at least 53 percent since the beginning of March, according to the Brookings Institution. Large urban areas along the Northeast corridor, coastal California cities, and college towns like Ann Arbor saw traffic levels drop by at least 75 percent since March 1.

The pandemic gave us a brief glimpse of a world without commuter-clogged roads, and, in some ways, increased our mobility, our ability to get around unencumbered by rush-hour gridlock, traffic congestion and accidents.

That coveted mobility, our freedom of movement, as described by automotive experts and transportation planners, is — and has long been — on the minds of carmakers, suppliers, startups and Michigan transportation and economic officials. The future of mobility is being tested with autonomous and connected vehicles in places like Mcity in Ann Arbor, the American Center for Mobility in Ypsilanti, and on the streets of Detroit.

And it’s about to take a giant real-world step. The first-of-its-kind connected and autonomous vehicle corridor — dubbed the Road of the Future — will soon be created along Interstate 94 and Michigan Avenue between Detroit and Ann Arbor. The first phase will test potential technologies and roadway designs for a more than 40-mile driverless corridor between the two cities.

Today, mobility is the efficient movement of people and goods and services with less friction in a world that is more congested, more polluted, with more safety issues, – Glenn Stevens 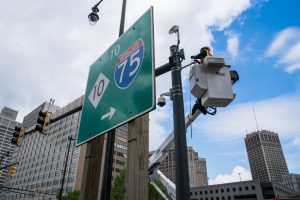 The state is working with Cavnue, a subsidiary of Sidewalk Infrastructure Partners, an affiliate of Google parent Alphabet Inc., to transform the busy thoroughfares. The firm will work with other companies, including Ford, GM, BMW, Toyota, and Alphabet subsidiary Waymo to develop what could become universal standards for autonomous roadways.

The vision is to create lanes to accelerate and enhance the full potential of connected autonomous vehicles and move people more efficiently. Goals include improving safety and transit access for communities along the corridor. The Road of the Future will also link to important research and economic hubs, including the University of Michigan, Detroit Metropolitan Airport, and Ford’s Michigan Central Station in Corktown. 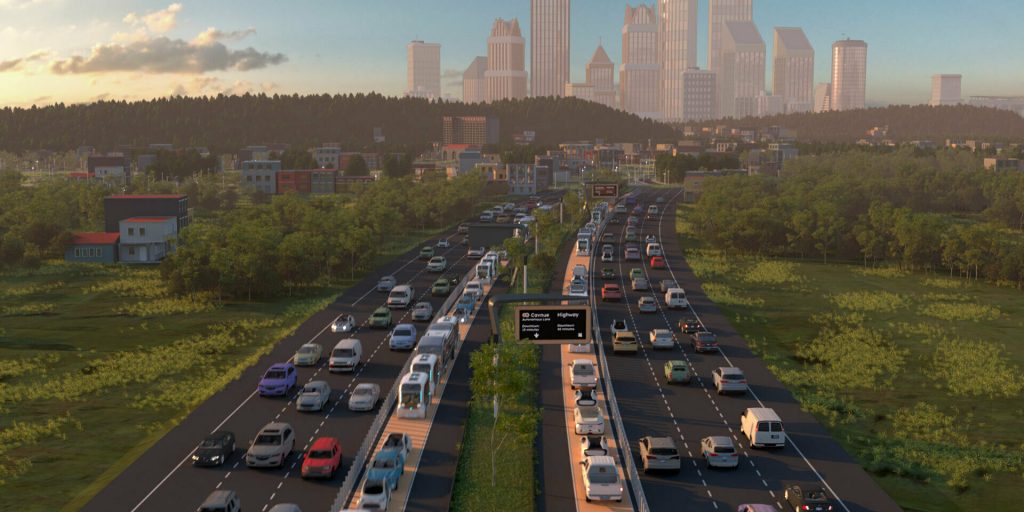 It’s a game-changer, not only for Metro Detroit and Ann Arbor, where most people get around in their own private vehicles but for the world.

“It’s such an amazing time to be in this space,” says Chris Thomas, co-founder, and partner at Assembly Ventures, a mobility-focused venture fund with offices in Detroit and Berlin. Thomas’s goal is to see Detroit become the major hub of mobility.

We have changed expectations of how we live. Amazon has changed people’s expectations of delivery. I think there is a belief that these changes in mobility are far out, but they’re not. If we do this right, we are at the cusp of a golden age. – Chris Thomas

WHAT DOES THE ROAD OF THE FUTURE LOOK LIKE?

Something like this: During your daily routine, heading to or from work or school along the corridor, you’ll be able to use the connected-and-automated vehicle (CAV) lane or lanes, shared with compatible vehicles. You’ll be able to safely kick back and relax or catch up on some work as your vehicle travels the connected corridor. Barriers will separate CAV lanes from others used by traditional transit, freight and personal vehicles. You’ll retake control of the vehicle as you exit and connect with other roads.

“We don’t pretend to have all the answers about what this will look like,” says Trevor Pawl, Michigan’s chief mobility officer.

“As this project relates to people’s lives, the next 10 years are a landmark for mobility. It’s a massive shift that will impact all of us.”

The goal also is to design something that is futureproofed. What will begin with connected buses and shared mobility vehicles will hopefully one day allow other types of CAVs, including freight and personal vehicles. More efficient public transportation, such as smaller buses, will use the corridor, as well, providing more reliable and accessible public transit.

“We look at mobility as freedom of movement,” says Jeff Jones, co-founder and lead of the AV Mobility Corridor team at Ford Motor Co. “This harkens back to our founder, Henry Ford, and his passion for moving people seamlessly through an environment that was not paved, that was slow and arduous to get around. You got around on land, then by steam locomotive or horse. The automobile and the Model T helped revolutionize movement.”

LOOKING TO THE FUTURE

Paved roads and the development of a standardized highway system further helped revolutionize movement. But in a new century, the roadways of Michigan’s urban areas and others across the country have become bogged down, with more vehicle congestion on the road.

“This project will help broaden the use of AVs, creating a controlled, safe and efficient environment to coordinate some of these trips,” Jones says. “We’re helping to improve movement and improve public transit, across Michigan and hopefully across the country. This is the road of the near future.”