Listen to the DSO. From Your Own Living Room 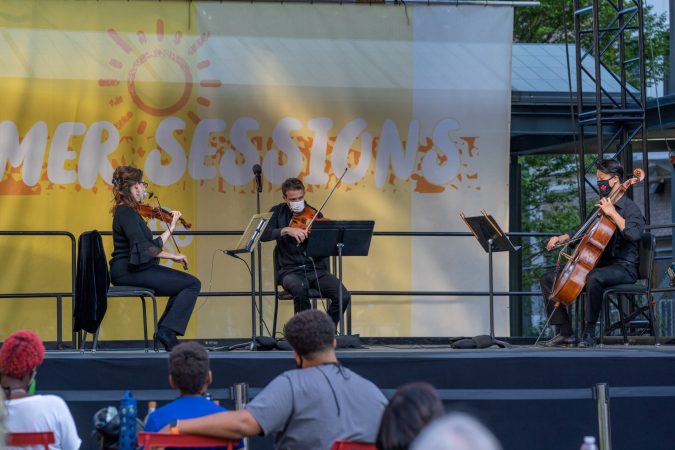 Orchestras have been described many times as a moving organism. They react to their conductor, play together, and move methodically as one. Each member of an orchestra has their own life and career outside of this “organism,” so the ability to perform live music together was something not replicable during these past months. However, as more is uncovered about the virus, and strategies are put into action, orchestras like the Detroit Symphony Orchestra (DSO) have begun to reunite and organize in new yet familiar ways.

Matt Carlson, senior director of communications of the DSO, discusses the feeling of loss felt by the orchestra,

That’s their job, to come together and perform with their colleagues for audiences. And to not be able to do that, at least in the way that they usually do, was a huge blow.

The DSO’s mission is to present new, live music. The decision, because of this, was made to continue forward with a fall concert series digitally.

The DSO has been webcasting since as early as 2011. They are very thankful for their backlog of content which has served as an amazing source of life to the orchestra. In March of this year, the DSO made the decision to relieve the cost of their recorded concerts, titled DSO Replay, and provide them to the public for free. Even though many of us miss the feeling of sitting inside the theater and experiencing the ambiance it gives, this decision has granted the ability to fulfill their mission throughout these past five months.

Plotting plays a huge part in orchestras moving forward. Stage plots now have to not only accommodate the musicians and the music, but they must also be rethought to include social distancing in accordance with the Center for Disease Control’s guidelines.

[These are the] most unique stage plots we’ve ever done because everyone is going to have six feet of space between them,” says Carlson. “And in addition to that, unless they need to lower their mask to play their instrument, brass, and winds, they will be playing with masks.

The idea of taking an orchestra of 79 musicians and placing a six-foot circumference of space between each, proves to be a difficult but achievable task. The DSO, as a safety consideration, has decided to divide into two separate groups. These two ensembles are scheduled to perform every other week. The schedule of each includes four days on stage, incorporating rehearsals and performances, and 10 days off stage. Musicians are encouraged, during those 10 days, to create different virtual content like master classes for students, and the creation of new online videos for social media.

The Covid-19 pandemic has dealt theaters a tough hand this year, but Carlson expresses his relief for the DSO, “We’ve had great support since the spring,” he says. Ticket revenue was obviously nowhere near what was expected for the year, but even outside of this, Carlson states that the DSO is foreseeing ending their fiscal year with a balanced budget for the eighth year in a row. 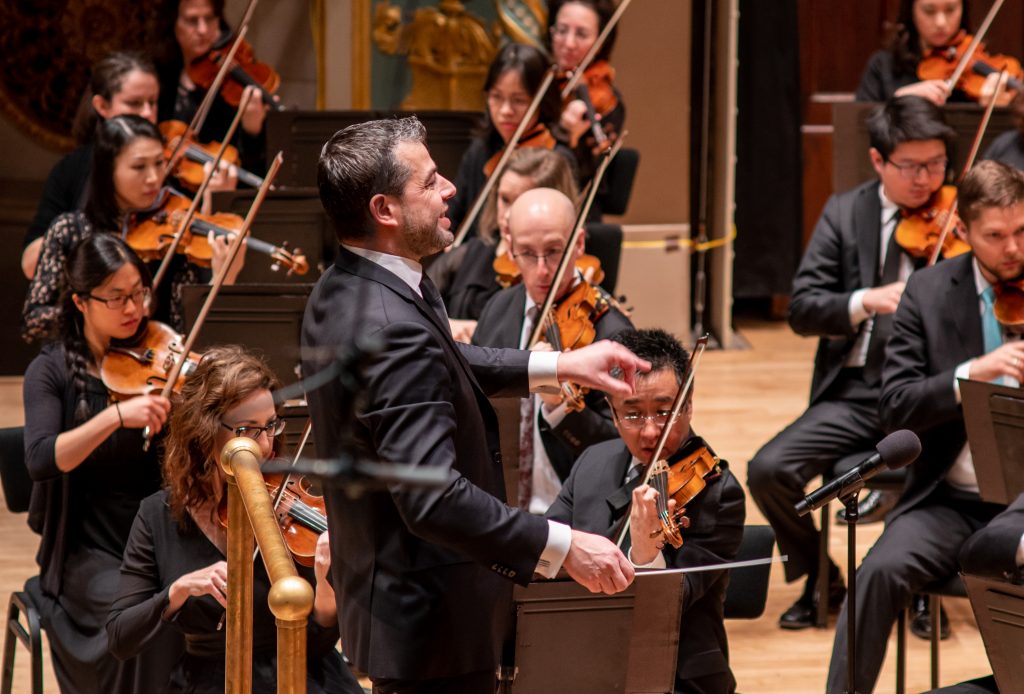 The debut of the DSO’s new music director from just outside of Milano, Italy, Jader Bignamini, is well anticipated by the musicians. Bignamini was a guest conductor for the DSO in the spring of 2018 and had instant chemistry with the orchestra. The DSO is excited to start this year’s fall season with similar energy as he conducts the first two weeks of productions.

Musicians like those in the DSO may not feel the intimacy of a large ensemble on a stage for a while, but their passion to share music, all the same, is truly inspiring. This ability to perform virtually, and in some cases in outdoor spaces, is not one taken for granted. If anything, musicians and listeners alike may very well appreciate the musicality and organismic beauty of orchestras a bit more.