Empowering Youth and a Community Toward Connectivity Through Cycling 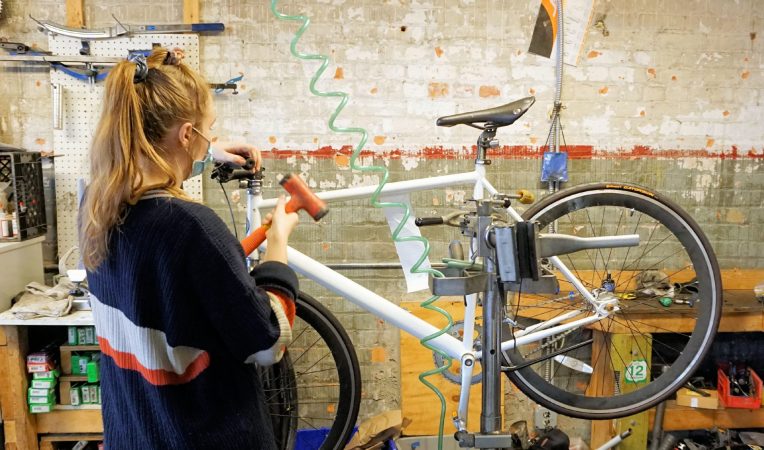 Back Alley Bikes/ The Hub is not just a bike shop. Not by a long shot.

Since 2000, Back Alley Bikes has been working toward creating educational and cycling opportunities for youth, connecting the community, and injecting a do-it-yourself mindset to empower all toward the limitless boundaries and childlike joy that cycling can bring.

Says Jai Whitworth, Manager of Back Alley Bikes and the Hub, “In this auto-centric environment, cycling opens doors and alleviates borders and limitations. It allows people to move about, connect, and explore in a much less inhibited way.” 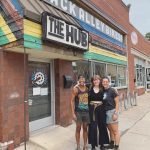 JAI WHITWORTH, JACKIE BROWN AND NELLI HEADING UP THE RE-OPENING OF THE HUB

Mechanic for Back Alley Bikes and the Hub, Jackie Brown goes on to say “I believe that bikes are truly a liberating tool for our communities. They increase independence, open up opportunities for us, bring joy and connection, and allow us to be in better relationship with this land.”

As an avid cyclist who spends a lot of time in the bike saddle in the city myself, I’ve never quite understood the who and what around The Hub and Back Alley Bikes. So here is their story…

THE WHO, WHAT, AND WHERE

Back Alley Bikes began as part of the Detroit Summer program run by the activist Grace Lee Boggs as a way to provide transportation to youth participants. From the beginning the shop had a strong community focus, opening the doors to the neighborhood two days a week so they could fix their bikes or even earn a new one.

By 2003, the shop had outgrown its small room in the Detroit Summer and that initiative had changed in direction. So Back Alley Bikes became its own entity and moved to its current location on Cass in partnership with  Cass Corridor Neighborhood Development Corporation (CCNDC).

Since then, a collective of BAB volunteers have launched and managed many free programs, including Youth Earn-a-Bike, and Adult Earn-a-Bike, in which the participant chooses a donated bike in need of repair, learns, and works to repair it, and then keeps it as their own. 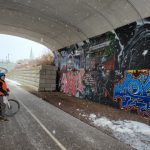 In 2007 BAB applied for and received a grant from the DALMAC fund, as well as one from REI, and in the Spring of 2008, the Hub opened. The shop refurbishes, repairs, and recycles bikes with 100% of the proceeds going to Back Alley Bikes to fund its programming. The Hub inhabits a building on the Cass Corridor with Bike Alley Bikes attached to the rear of the building and accessed via an alleyway.

Fast forward to 2021, COVID and ultimately a one-year hiatus of sorts, where Back Alley Bikes paused and then closed in January of 2022, the Hub limited activity to two days a week, and management changed hands.

New Manager Whitworth came on board in April of 2021 and with the team and volunteers, has been working on regrouping and fundraising to open the doors again, which they anticipate happening in the next few months.

Bike the Blizzard is BAB’s largest fundraiser ten years running. Always on a weekend in February, the event brings cyclists out to do what they love – ride, connect, explore – but in the freezing cold!

2022 blew the past year’s events out of the park in every way. 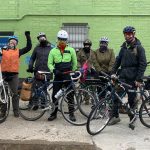 Says Brown, “As much as it was a fundraiser, it was also an event to celebrate the wide breadth of the cycling culture in Detroit and a great connecting weekend for the growing BAB community.”

While past years involved a 24 hour bike-a-thon of sorts –with riders free to choose their own routes, this year’s event involved a two day period including 12 pre-planned and themed group rides designed to highlight different aspects of the city, a scavenger hunt, a kids ride on the Dequindre Cut, and multiple sponsors.

The event raised $23,000 to assist in re-opening Back Alley Bikes doors.

WHAT WILL THE FUTURE BRING?

According to Jai, more of what has made Back Alley Bikes successful in the past – and then some.

“We are working to build up programming and curriculum and will begin with the Youth Earn-A-Bike program. Beyond that, we are very focused on developing an environment that’s inviting and welcoming to all – even if cycling, repairing or restoring a bike is not familiar.

“We are looking at running women/trans/fem nights and other events for all folks to just feel comfortable,” says Whitworth.

A shared goal between Whitworth and Brown is breaking down the barriers of intimidation when it comes to bike repair, and turning it into empowerment.

As a bike commuter myself and as somebody who has been really empowered by learning how to work on my bike, it’s a joy to support other people in that as well. There is also vibrant energy as people help one another problem solve and share knowledge.

And, as in many cases, Detroit brings its own unique style, with Whitworth saying “the bikes we get in and out of the shop are so very ‘Detroit’ infused with wheel lights, lower seats, upright handlebars, music sources and more.”

To that, we say, keep on rolling, and doing great things for the kids and the city, Back Alley Bikes! 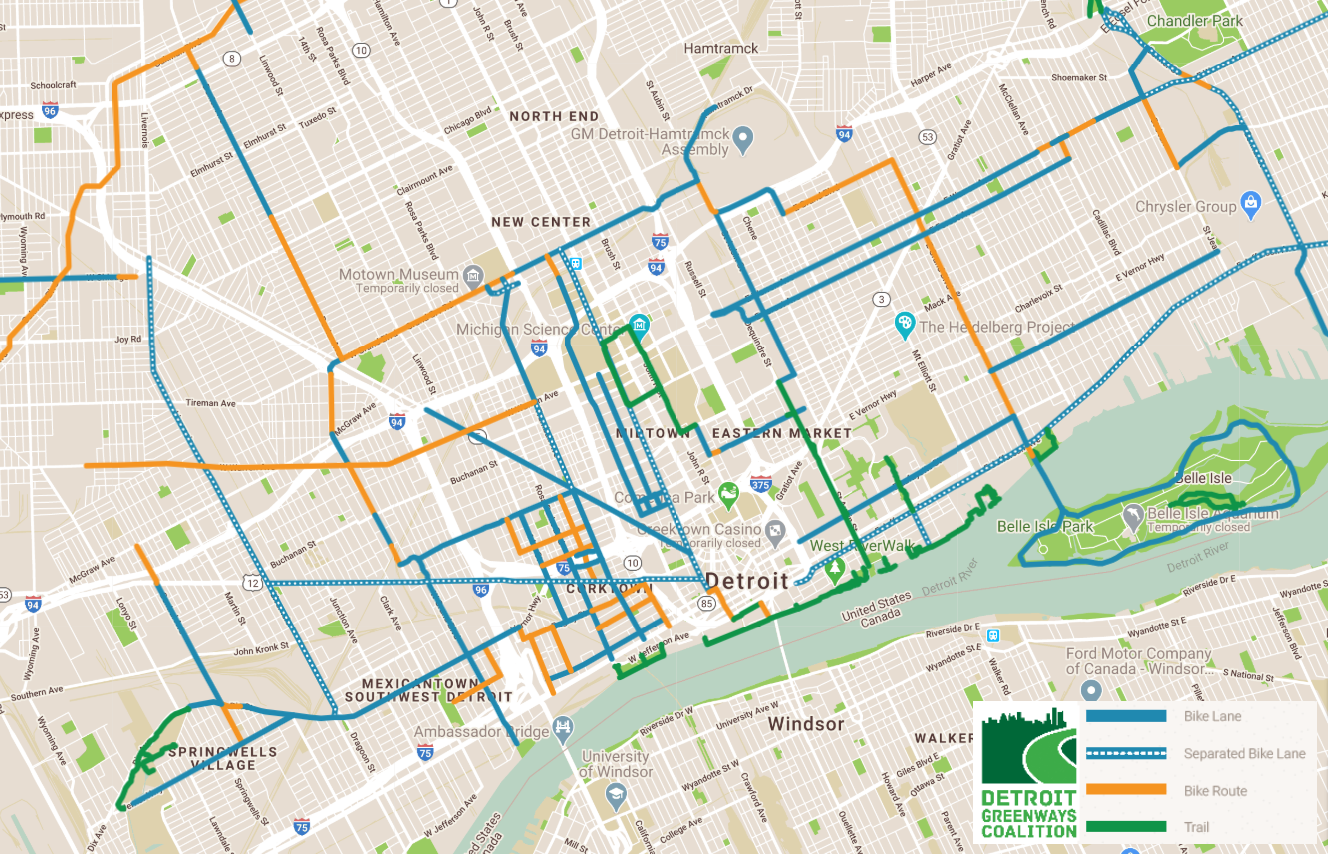