A Brief Look into the History and Societal Impact of the U.S. Census 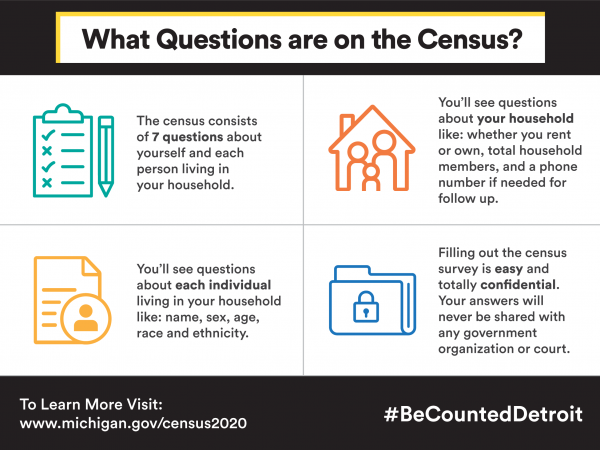 As the deadline for the United States Census fast approaches, many of us may be wondering what the exact purpose of the census is? A lot of us have seen advertisements, received flyers, and maybe even completed this year’s census, but even then, the importance and impact of it are not fully understood. According to wdet, for every Detroiter not counted, it costs Detroit an estimated $1,800 per person. Thus, as a decennial event, of which distributes over $675 billion throughout different communities in America, the importance of each person’s participation in the census is hard to be overestimated. So let’s take a closer look at the 2020 Census.

The U.S. Census was mandated in Article One, Section Two of the United States Constitution, stating that, “Representatives and direct Taxes shall be apportioned among the several States which may be included within this Union, according to their respective Numbers….” As stated here, the Census provides data needed to direct taxes as well as reappoint the House of Representatives. Beyond this, the Census acts as an informative database that influences planning for military, transportation, disaster response, and infrastructure as well as economic analysis, the designation of federal funding, and help with investment and marketing decisions of civic entities.

Simple data of each U.S. resident, including name, birthdate, race, and address, is used to determine the allocation of funds for most everything we see on a day-to-day basis that is governmentally funded. This includes, but is not limited to, Medicare, Medicaid, Adoption Assistance, and Head Start.

The first census in 1790 was taken after the American Revolution. At that time, only the heads of households were included with any detail while all others were simply counted as numbers. Women, children, and slaves were eventually given the ability of inclusion in the 1850 Census, and in 1870, detailed information about the Black population was included as well. The Census now includes choices of upwards of 15 racial ethnicities.

Racial inclusion within the census has grown enormously, but there is still worry of how many people of color, especially those of African American descent, are not included within the Census. According to the U.S. Census Bureau in 2010, there was an estimated undercount in the Black population of roughly two percent, essentially 800,000 people. This undercount is guessed to be in direct correlation with higher rates of incarceration as well as premature mortality rates in the Black community. 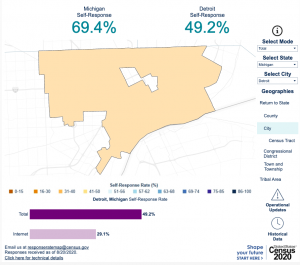 The 2020 Census website displays the current completion percentage of the census at 49.2%. As the September 30th deadline approaches, the communal hope is to reach a percentage similar to or higher than past census in order to continue the correct funding to match the needs of the community.

For those of us who have not completed the Census, the task may simply not prioritized. However, as we—a nation, a state, a city, a community—move forward throughout these next ten years, it is important to remember just how vital these few, simple, confidential questions are. Their effect on children and elderly, funding and service allocation, and support for communities of all races, sexes, and genders, are life-altering. Completing the short questionnaire may just help to better Detroit, one person at a time.