Offer Support for the Black Community by Ordering from Local, Black Owned Restaurants 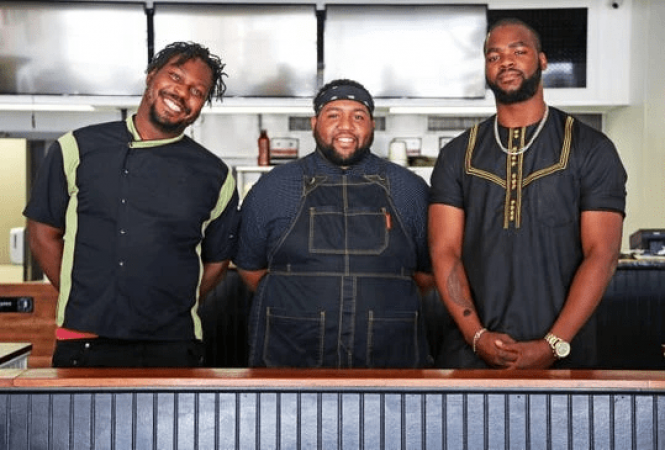 Named Detroit Free Press Restaurant of the Year in 2019, Ima Noodles is known for its brothy udon and ramen as well as seasoned rice dishes. A few crowd favorites included the buttery Lobster Udon and the Boombap, loved for their pop of flavor and well-seasoned vegetables and protein. Mike Ransom is the chef and owner of Ima Noodles. In early 2020, Ransom told “Eater Detroit” of his humble beginnings as a dishwasher at an Italian restaurant. He also talks about his 12 years in the industry before attending Kendall College for culinary arts. His love for cooking shows in each dish on the menu. Open for takeout at 2015 Michigan Ave, Detroit, MI 48216.

Born and raised in Detroit, Bert Dearing Jr. opened Bert’s Marketplace in 1987. Though Dearing had four businesses prior to Bert’s, he closed them all to focus on the restaurant and venue—his true passion project. His love for the city and jazz is apparent by the Eastern Market location and the regularly scheduled events put on before the pandemic. After years of being open in the city, the restaurant has become not just a place for delicious pizza and barbecue-style food named for famous jazz singers, but also a place for the community to gather and share their musical talents. Open for takeout at 2727 Russell St, Detroit, MI 48207. 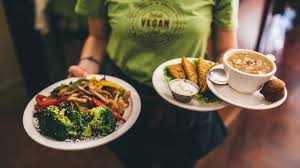 Owners Kirsten Ussery and Erica Boyd have put together a classic, soul-quenching vegan menu at Detroit Vegan Soul. The couple, upon figuring out the health benefits of the vegan diet for both of them, found their beginnings in creating scrumptious vegan dishes for themselves. As time went on, they began selling individual meals and catering weddings. Soon enough, their brand and food became popular enough to open Detroit Vegan Soul in 2013. The comforting and healthy menu, ranging from vegan mac and cheese to sweet and sour tofu. Open for curbside pickup at 19614 Grand River Ave, Detroit, MI 48223. 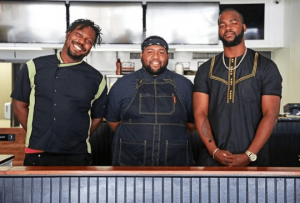 Located in New Center on Woodward avenue, Yum Village has been thriving with its West African, afro-caribbean style cuisine. The menu of hot bowls and a la carte food features an array of rice, beans, vegetables, and proteins, each seasoned in their own way making it easy to eat each piece individually or combine them together for a lovely and flavorful dish. Founder of the restaurant, Chef Godwin Ihentuge, often speaks about how New Center seems to be the perfect location for his restaurant since most of his formative years were spent in the area. Ihentuge is a strong believer in higher wages, making sure his employees are well compensated not only hourly, but also for input towards the menu creation. Open for takeout at 6500 Woodward Ave, Detroit, MI 48202. 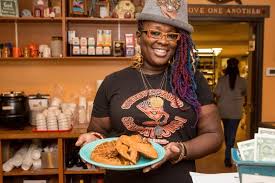 In 2017, Sweet Potato Sensations celebrated its 30 year anniversary. Owner, founder, and woman behind the tasty treats, Cassandra Thomas, says the beginning of the sweet potato centric menu began with a cookie recipe. It was crafted to appease her husband’s sweet tooth while she wanted to avoid making candied yams for Thanksgiving. Since then, the business grew and more recipes like sweet potato pecan pound cake and sweet potato ice cream were added to the eclectic menu. Soon, a savory portion was added to the menu. Meals like their salmon croquette sandwich and Belgian sweet potato waffles have been accepted wholeheartedly by customers and Thomas’ husband alike. Open for takeout at 17337 Lahser Rd, Detroit, MI 48219.