The Next Goal? To Reduce Food Waste, Nationally and Locally

Across the U.S. There’s Been an Increase in Food Waste. There are Ways to to Reduce it in Detroit 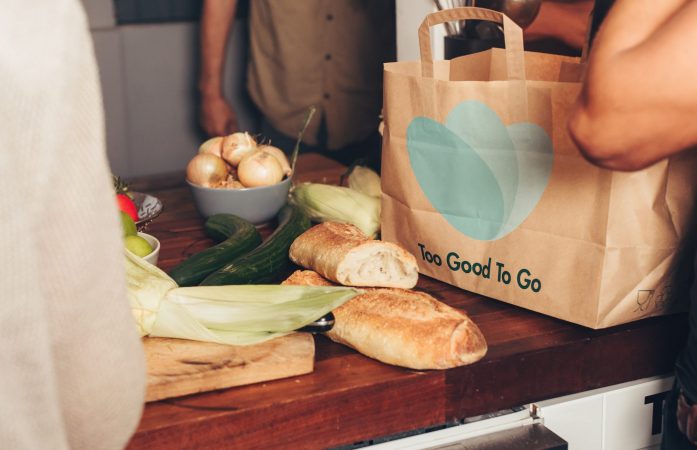 According to statistics, food waste is estimated to be a fall out of between 30-40 percent of the food supply in the United States. This is based on USDA’s Economic Research Service of 31 percent food loss at the retail and consumer levels, which corresponds to approximately 133 billion pounds and $161 billion worth of food, and that was in 2010. Without question, it is an issue that needs to be faced head-on in this country. The solution seems obvious, but what are we doing to help the cause, ensure change is made, and reduce the waste that proliferates from food?

There are multiple trends recently emerging in the U.S. to help combat the unfathomable billions of pounds of food that is wasted in this country.

WHO IS MAKING AN IMPACT ON FOOD WASTE NOW?

One initiative that particularly stands out is the recently emerged app, Too Good to Go. They are on a mission to reduce food waste and greenhouse gas emissions and have a dream of a planet that is waste-free. This initiative is global.

How does it work? After logging on, the user is directed to saving perfectly good food, considered surplus food, from local stores. Currently, its 33.2 million users are happily dedicated to fighting food waste, 62.8 million meals have been saved all over the world since 2016.

Recently, the laws to curb food waste have also changed in several states across the country, according to RTS, a company with a mission to pioneer a better way to manage waste and services commercial businesses and communities throughout the U.S., including high profile clients like Whole Foods Market, Nationals Park, Soul Cycle and Barclays Center. The law restricts the amount of food waste going to landfills. Michigan, is not one of these states, so how can we make an impact to combat food waste locally? There is still a way to make it a priority even if it isn’t a law. 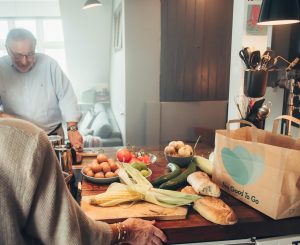 PHOTO TOO GOOD TO GO

WHO IS MAKING AN IMPACT ON REDUCING FOOD WASTE IN DETROIT?

Food waste is not going to go away overnight. But any small change from one singular person can make a difference and minimize the issue one choice at a time. For those in the Detroit community looking to make an impact locally, look to get involved in these local Detroit organizations that are on a mission to create zero-waste in the city:

This organization intends to drive torwards a low-carbon economy by motivating communities and industries to have a zero-waste mindset. This starts by taking something that would have been wasted and make something awesome out of it! In the past, the organization has partnered with companies like General Motors and Blue Cross Blue Shield, to pick up their food waste. Count The Detroit Zoo in as well, allowing access to herbivore manures. And, local breweries, from which they collect spent grains. Rather than the waste going into dumpsters to drive off into a landfill, Detroit Dirt takes all those elements to produce high-quality compost for local urban gardeners and farmers. Click here for more information. 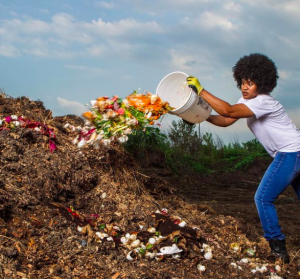 Make Food Not Waste was founded in Detroit in 2017 to inspire home cooks to waste less. Since then, they have scaled to create lasting solutions to food waste across the food system through Prevention by working with eaters and foodservice operators to prevent food from being wasted. Through events, community outreach, and training, the organization demonstrates how chefs and cooks can make their food go further, saving money and saving the planet. Through Food Recovery and the upcycling kitchen within which seeks to challenge expectations of what food items can be transformed into delicious, nutritious dishes. Make Food Not Waste seeks out food items that would otherwise be sent to landfills but can instead be repurposed into nutritious, delicious meals for the Detroit community. And advocacy, by keeping good food out of landfills and works with local and statewide efforts to encourages policies that will promote food waste elimination 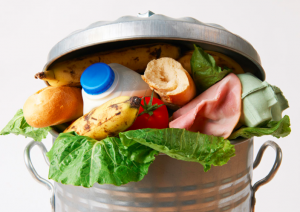 Forgotten Harvest takes donated food, which would otherwise go to waste, and delivers it free-of-charge to emergency food providers in the metro Detroit area. All the food rescued and produced is delivered to metro Detroit families who are food-insecure and struggle to cover the cost of basic life necessities. This helps bridge the income gap for tens of thousands of people, allowing them to secure some basic life necessities for themselves and their families. Click here to learn more. 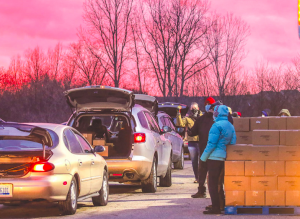 Food Rescue U.S. is committed to reducing food waste and food insecurity in America. Food rescue is operated by volunteers to transfer excess fresh food from grocers, restaurants, and other sources, to social service agencies that feed people who are food insecure. Click here to learn more.

For all things Detroit, be sure to sign up for the Detroitisit Newsletter, distributed every Thursday.