The Mustang Mach-E: Innovation in Electrification Coming Out of Detroit’s Corktown

This month’s unexpectedly early snowstorm in Detroit likely reminded many folks it was time to put their muscle cars away for the winter and pull out the SUV. But Ford Motor. Co. might just have a solution for them. On the other side of the continent, where the weather has been decidedly balmier, Detroit’s second-largest automaker has been getting plenty of buzz in the build-up to the 2019 Los Angeles Auto Show with the debut of its new Mustang Mach-E. 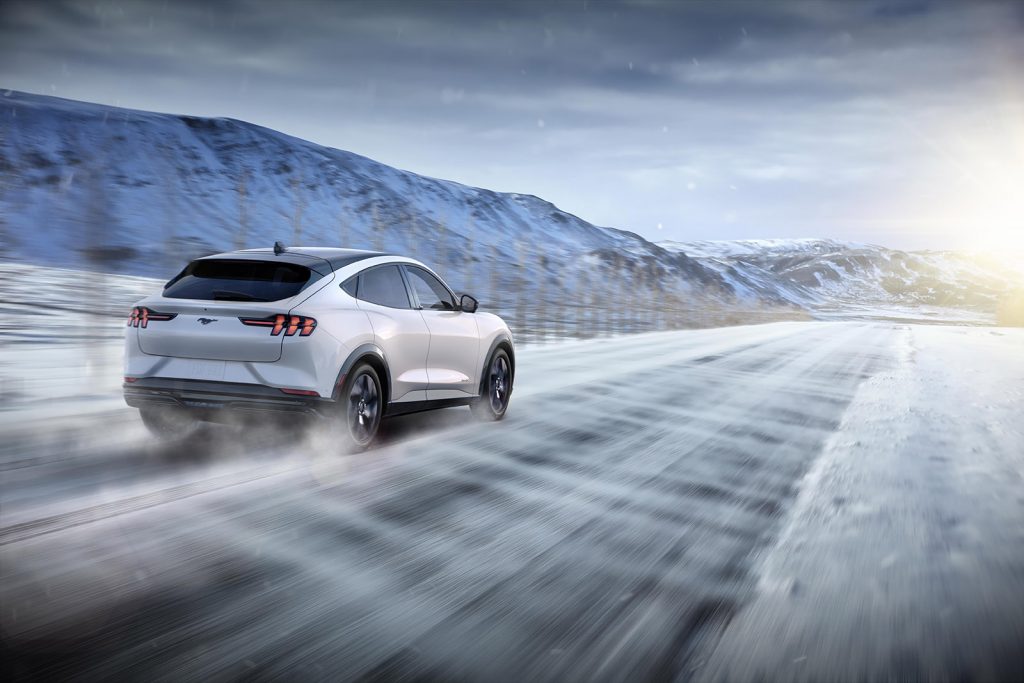 MACH-E DASHING THROUGH THE SNOW. PHOTO COURTESY OF FORD

This all-new Mustang sport-utility vehicle is designed to deliver the best of both worlds – great performance, like a classic pony car, as well as the weather-beating benefits of an SUV. While that alone might make the Mustang Mach-E worth checking out, what’s really generating that buzz is the fact that the new crossover-utility vehicle is all-electric. 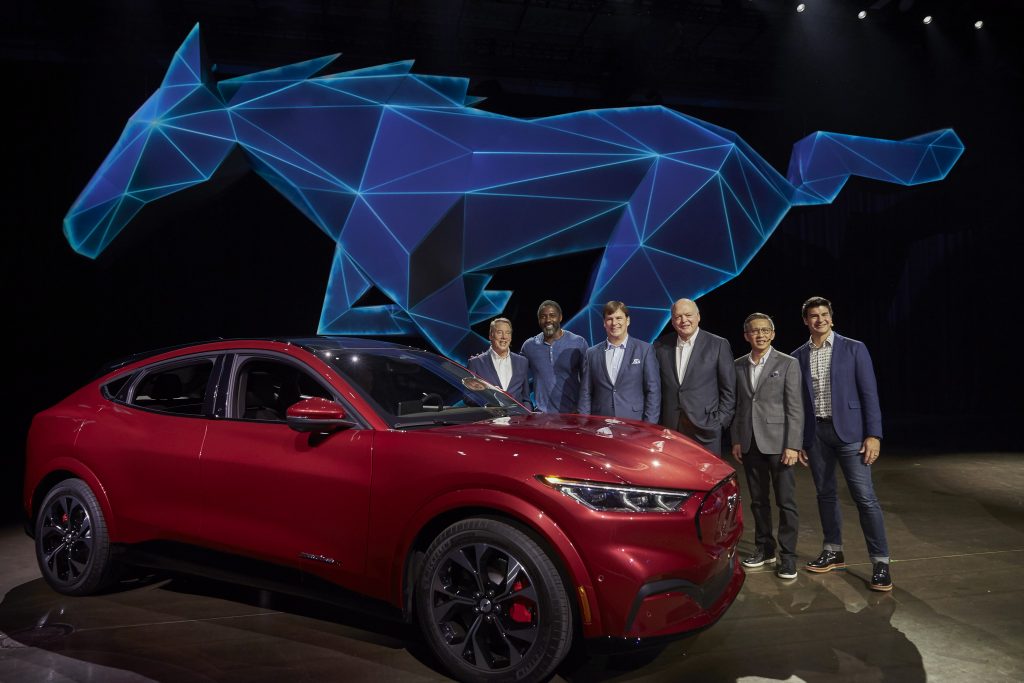 Millions of Americans would love to own electric vehicles. Or so the pollsters tell us. In practical terms, however, there have been plenty of obstacles to widespread adoption. But Ford is aiming to address them with Mach-E, starting with its striking styling and aggressive performance – the GT version aiming to launch from 0-to-60 in 3.5 seconds. You can also forget about range anxiety, the electric SUV delivering up to 300 miles on a charge – and offering free plug-ins at more than 12,500 public charging stations. 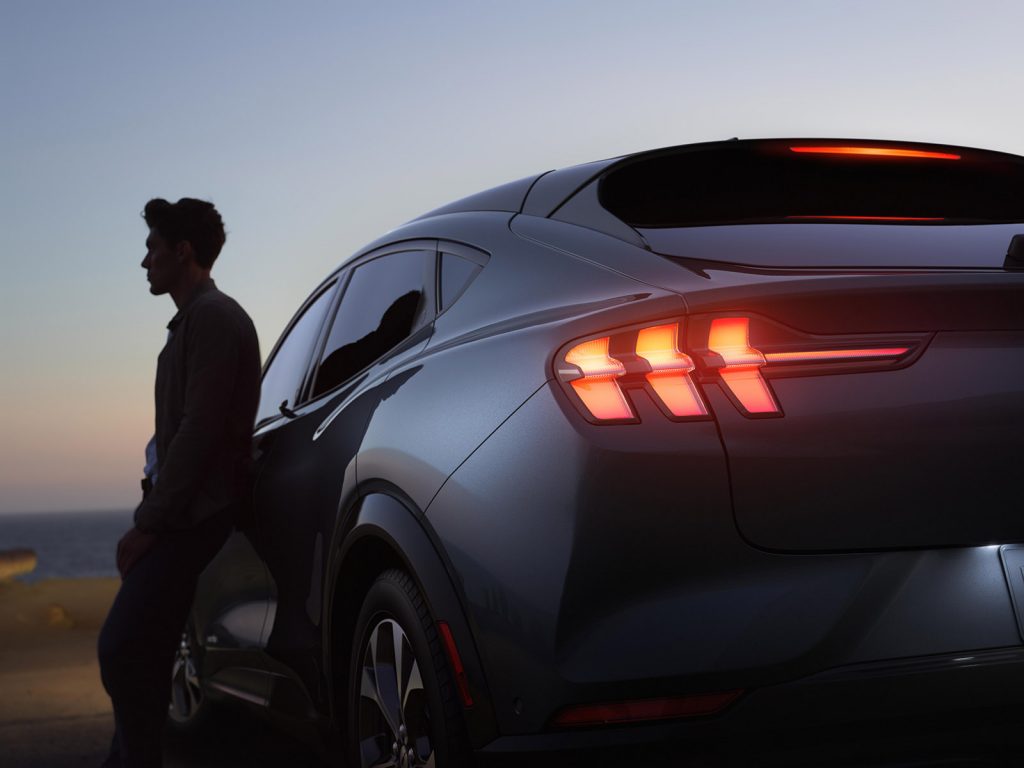 But it might not have gone that way, certainly not if Ford had followed its original plans. Considering how slowly battery technology has been catching on with consumers, the Dearborn-based automaker was prepared to roll out an innocuous and admittedly boring vehicle just to meet the zero-emissions mandates set by California regulators.

“This could have been any other SUV,” one of the many electrified “compliance cars” the industry has rolled out to meet new emissions and fuel economy mandates, Kumar Galhotra, president of Ford North America, said during a background briefing last week. “But we knew we had to do something to stand out.”

That epiphany came almost three years into the project and was fueled by the management shake-up that saw Jim Hackett named Ford’s new chief executive officer. The former Steelcase CEO had already been working on autonomous and electrified vehicle technologies as part of the automaker’s board of directors. In his new management role, Hackett wanted to radically increase Ford’s bet on these new technologies to position itself as a leader in areas many expect to transform the auto industry over the next decade or two. 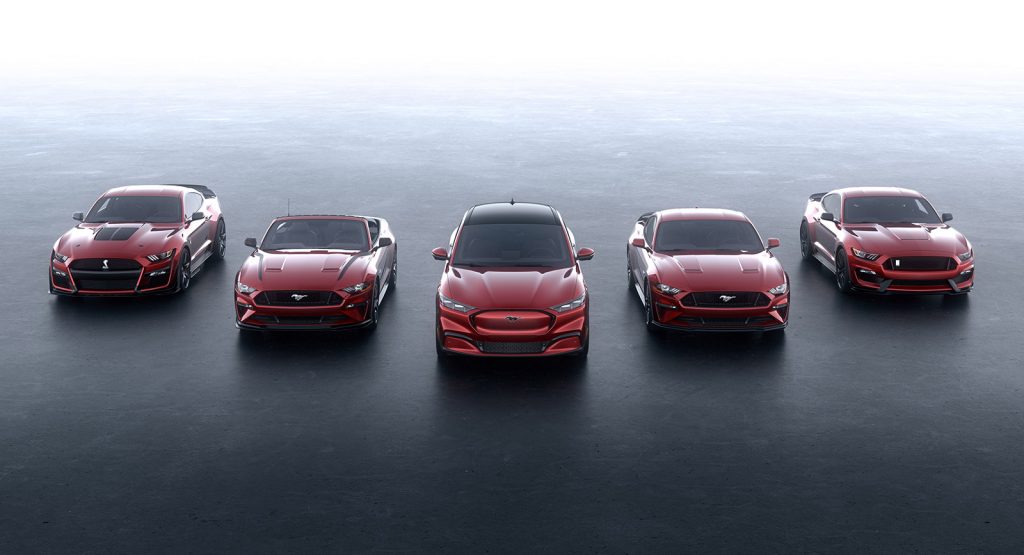 Even before the new management team was put in place, Ford had already broken ground on a massive, multi-billion dollar redesign of the research and development complex surrounding its headquarters. But it soon became apparent that those working on these new technologies needed their own, unique space to focus. The solution wound up combining unique elements of the Motor City and Silicon Valley.

In December 2017, Ford revealed plans to move some of those operations into a century-old building, known as The Factory, in one of Detroit’s revitalized neighborhoods, Corktown. Then, months later, it confirmed it would take over the long-abandoned Michigan Central Station that had long served as a symbol of the Motor City’s decades-long decay. The $750 million restorations would anchor a new mobility services campus for what is now known as Team Edison. 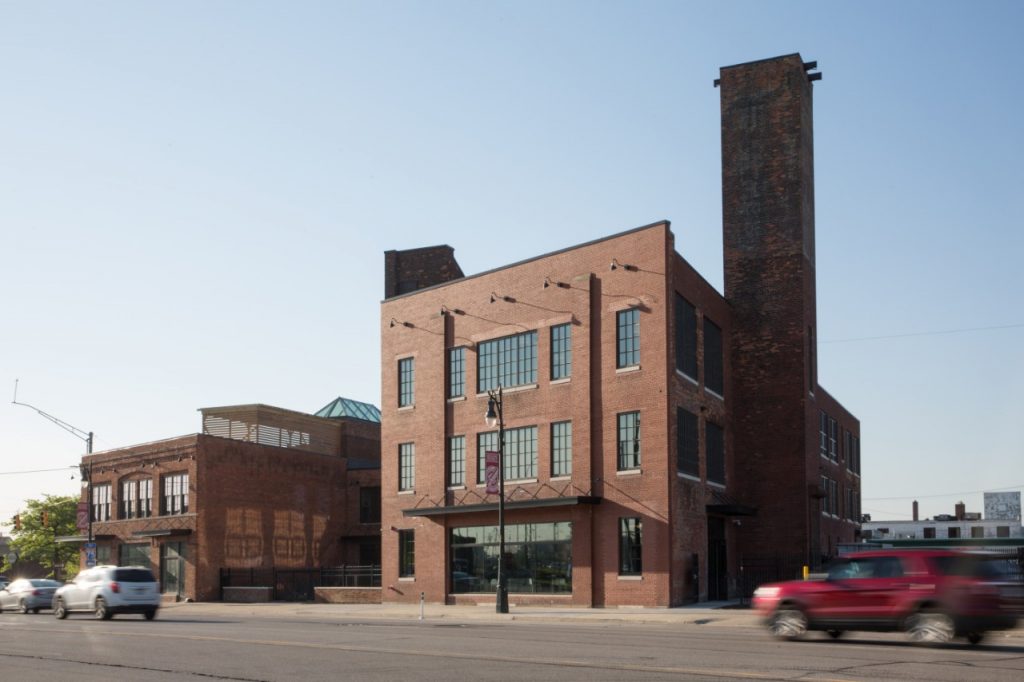 THE FORD INNOVATION CENTER AT THE FACTORY IN CORKTOWN. PHOTO COURTESY OF FORD

For Executive Chairman Bill Ford, the decision to move into the city had a special meaning. Team Edison “got together in Corktown, only a few blocks away from my great-grandfather’s old factory,” he said on Sunday, during the debut of the Mach-E.

It had a similar emotional impact for Ted Cannis, Ford’s director of global electrification. He also had ties to the city, his grandparents, once running a popular Greektown restaurant. But nostalgia aside, Cannis saw the move as an opportunity to change the way Ford worked, lifting ideas from the high-tech industry and the influence of the Valley’s intellectual center, Stanford University.

With its open workspaces, balconies, and a rooftop setting where Team Edison members could go to get fresh air and brainstorm, “it just changed the dynamics, the pace, the enthusiasm and the atmosphere,” Cannis said.

“The environment is really fantastic and it’s going to get even better when the train station opens,” a game-changing urban development project Ford is aiming to complete in 2022.

While the office layout just as easily could have been duplicated in Dearborn, Cannis told Detroitisit in an exclusive interview, it wouldn’t have been the same. Corktown is becoming one of Detroit’s most vibrant neighborhoods, with new restaurants, bars and retail popping up on all corners. The area also has a mélange of new housing options – a particularly attractive pitch, according to Cannis, as Ford goes recruiting. In Silicon Valley, even well-paid tech workers are finding themselves priced out of the market, some commuting more than an hour from San Francisco and beyond.

Setting up in Corktown clearly created the right environment. But “it wasn’t just location. What mattered was working differently,” explained Cannis, noting that the team’s credo was “think big, move fast, act small.” Indeed, Mach-E was developed with a fraction of the workforce that might be applied to a more conventional vehicle program. And the pace was frenetic.

Exterior design chief Chris Walters recalls the challenge of having to start all over when the original plans were scrapped. Even the underlying vehicle architecture – its chassis – had to be completely reconceived. It originally was going to apply power to the front axle but, like the classic Mustang coupe, it would now be primarily rear-wheel-drive, with an all-wheel-drive option. Range was to increase to a maximum of around 300 miles. And the vehicle would have to gain serious, sports car-like handling. That meant stretching the nose almost two inches and adding another inch to the rear. In the end, that created the foundation for a much more sporty and dynamic vehicle.

Walters’ crew would have to wrap the new architecture in a more distinctively sporty design that made it clear this wasn’t just another anonymous compliance car, a vehicle designed solely to meet government mandates. If that wasn’t challenge enough, Walters and his styling team would have to pull it all off in a matter of weeks, not months.

Everywhere you look, the story was the same, even with the crew working up Mach-E’s new infotainment system – which would replace conventional knobs, switches and gauges, going well beyond Ford’s existing SYNC technology. 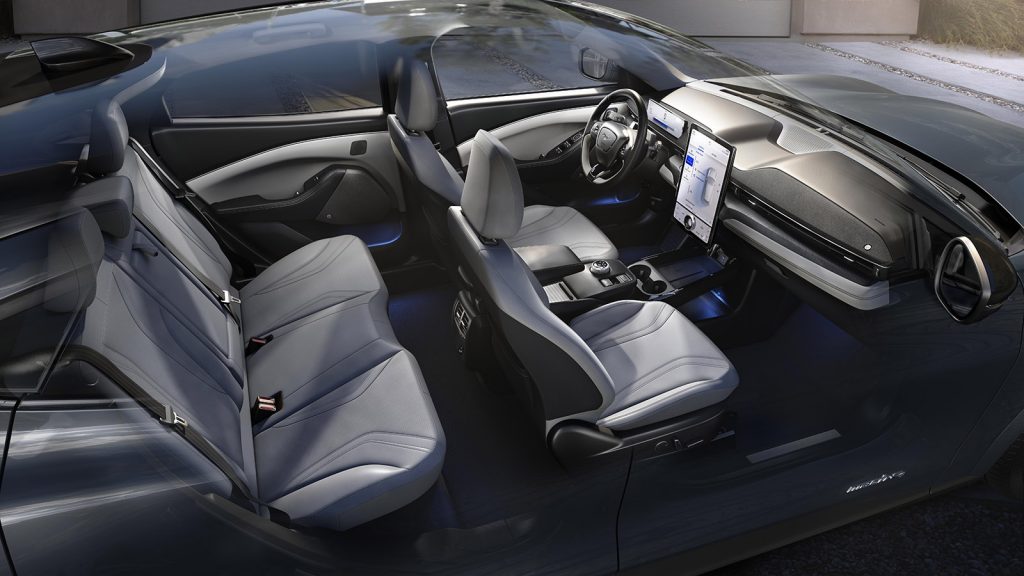 The message was clear – look to the future. It would need to function more like an Amazon Echo or Google Home voice assistant, understanding the way we actually speak, rather than narrowly defined voice commands – much like the Amazon Alexa and Google Home voice assistants that have become so wildly popular. It also would need to provide real-time traffic and constantly updating its navigation database. Add to that the need to do smartphone-like over-the-air updates for virtually every bit of software on the vehicle, whether the new infotainment system or the powertrain controls. Pull it all together and the Mustang Mach-E will have one of the most advanced, intuitive and easy-to-use digital tech packages on the road.

The timing of the project might have been impossible, were it not for new software technologies Ford was applying. These were not just coming out of Corktown. Team Edison made good use of the new Ford Performance Technical Center in North Carolina. The facility had just launched an advanced simulator – primarily to help improve its NASCAR racing program – so effective that engineers could custom tailor what the Mach-E drove like – and what it felt like for driver and passengers – in virtual reality, shaving months off development times.

When Ford first confirmed plans for the battery SUV in January 2018, it said it would be “Mustang-inspired.” Cannis and his team soon became convinced the vehicle actually should use the Mustang name. But when the idea was initially broached, Bill Ford acknowledged he had some serious reservations. “I told them if they wanted to call it a Mustang, it couldn’t just look like one. It had to hit all the marks.” Early this year, as the internal reviews started to come in, he says he was convinced. The Mach-E would become the first new model, other than a coupe, to ever share the Mustang nameplate.

There are some skeptics. But Cannis and other company officials say they’re confident the decision was the right one. He expects brand loyalists will eventually come around when they experience the new SUV – and that Mustang Mach-E should bring in a whole new wave of buyers who want performance without the environmental pitfalls.

Ford officials anticipate the decision to call Mach-E a “Mustang” may take some traditionalists by surprise.

We’ll find out soon enough. Ford has already begun taking $500 refundable deposits for the SUV which is expected to cost between $45,000 and $65,000 when the first four models go on sale late next year. The fifth, the Mach-E GT, will follow in spring 2021. 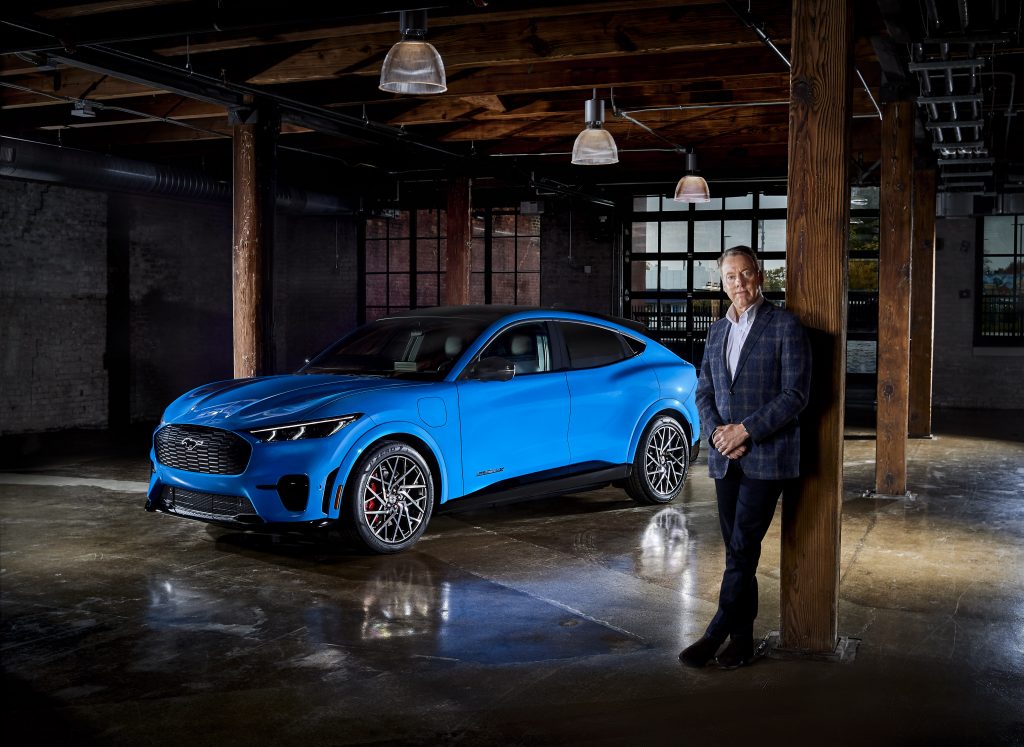 BILL FORD AT THE FACTORY PHOTO COURTESY OF FORD

Meanwhile, Bill Ford told Detroitisit the project is already paying off in a variety of ways. “It has galvanized our internal teams,” he said following Mach-E’s Sunday night debut. “And it tells the world we are serious about electrification.” 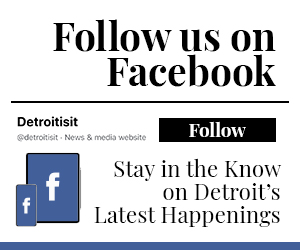